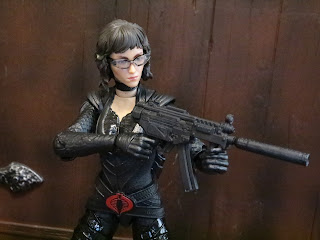 I'm back, baby! Seriously, have you missed me? August was a crazy month for me. In early August we went out of town to visit my wife's family. Right after we came home we found out we had been exposed to Covid and both me and my wife ended up with Covid. Fortunately we had both been vaccinated so symptoms were fairly mild. My daughter fortunately missed it though she had to be separated from us for our isolation periods. Since we first showed symptoms at different times we were isolated separately as well. My daughter's birthday also was this month and unfortunately it wasn't the best for her. We've been working to make it up to her as we're having re-birthday festivities all weekend. Currently she's spending some time with my parents making preparations for her re-birthday party tonight (just her, us, and my parents) but we're expecting a fun time. After that it's off to see Shang-Chi and the Legend of the Ten Rings at the drive in. I haven't been to the drive in since the late 1990s so I'm looking forward to it. My daughter has never been! Anyways, what does this all have to do with today's review? Well, not much....
Today I'm checking out the Baroness from the movie based subset of the G.I. Joe: Classified Series. I actually haven't even seen the movie yet (I haven't been hearing good things about it) and while I've been planning on skipping most of the movie based figures I really did like the look of the Baroness. Despite being based on Úrsula Corberó's version of the character she still fits in with the rest of the line. Honestly, I'm using her as Chameleon since I like the previously released Baroness quite a bit. This movie version of the Baroness surprised me quite a bit as she has some fantastic accessories. Let's check her out after the break... 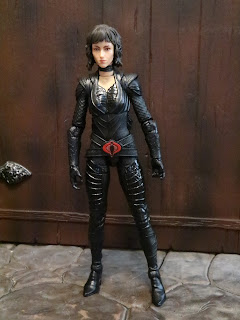 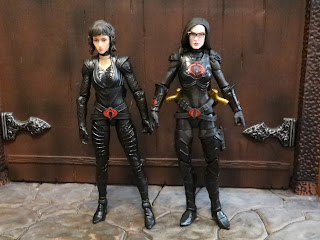 * The movie based Baroness is on the left while the previously released Cobra Island Baroness with the C.O.I.L. Cycle is on the right. They're completely unique figures but they both have a lot of similar design elements. I prefer the previous Baroness but the movie based version still has some really cool details and accessories that make her worth picking up. 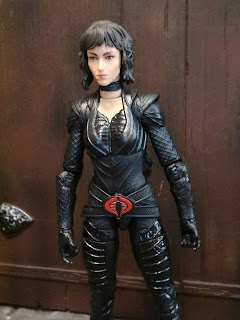 * Black leather and black snake inspired armor? Check! A red Cobra logo? Check! Throw in some glasses (they're here, don't worry) and you've got the Baroness. The sculpt is quite nice on this figure with lots of detail in the armor and a belt that's a separate (but non-removable) piece to add in a bit of color. Overall it seems very accurate to Úrsula Corberó's costume from the film which is quite excellent. There is even a mixture of matte and glossy black paintwork to add more realism to the design. 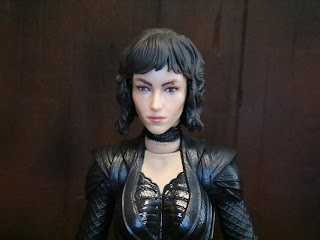 * The headsculpt might not be absolutely perfect for Corberó but it's still a solid likeness. It also manages to blend in well with the rest of the line. Sometimes movie based figures don't blend in well with an already established line but there's no reason that this version of the Baroness won't mesh well with the rest of your Classified Series Cobras. As I mentioned above I'm going to use her as Chameleon to add another figure to the Cobra ranks. 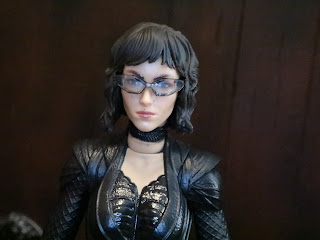 * The glasses are removable (they actually come separate from the figure in the package) and they look pretty good. They stay on well and look pretty decent in this scale. They really complete the Baroness' look for sure. 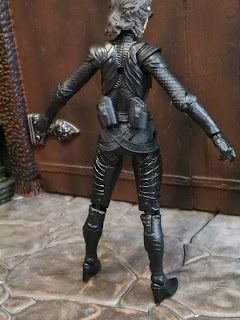 * The details on the Baroness' armor really are pretty impressive and the entire figure is covered with various armored elements each with their own texture. Hasbro definitely didn't just phone this figure in. 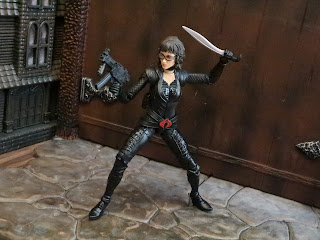 * The Baroness has the same articulation as pretty much every other figure in this line and it's all excellent. She has the pectoral hinges, a balljointed neck, and vertically hinged wrists which really help with allowing her to realistically hold her submachine gun. She can hold it with both hands in some very convincing poses! 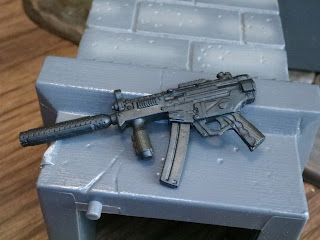 * Baroness includes a very sweet looking MP5K submachine gun. The sculpt is excellent, the scale looks perfect, and the weapon even has a suppressor to give the Baroness a tactical edge. Seriously, it's one of the best firearms in this line to date. 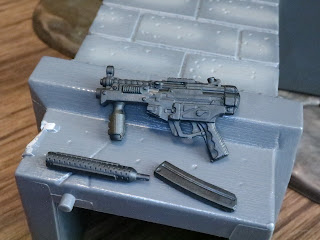 * Guess what? The magazine is removable and the suppressor is detachable as well. This makes for a very versatile weapon. In fact, you can place the suppressor on the barrels of a few previously released weapons such as the Viper's rifle (it looks awesome), Flint's shotgun, and Heavy Artillery Roadblock's handgun. 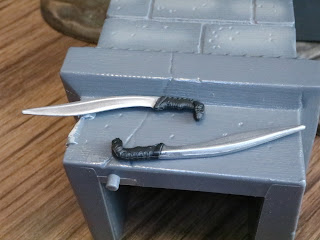 * Baroness also comes with two kukris with snake themed hilts. They're really cool and they look really sharp and dangerous. I love them! 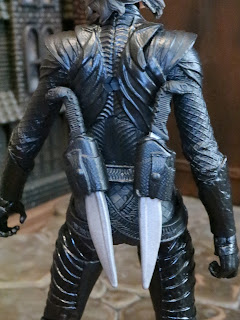 * Want to have the Baroness tote these around? Then just place them in the cool holsters on the back of her belt. It might not be safe to carry them around this way but it looks really cool! 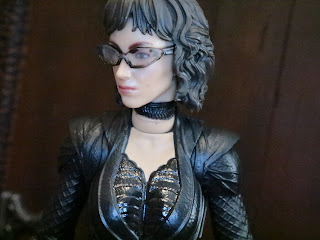 * Many folks have commented that this figure has a "giraffe neck." I'm not so sure that it's terribly noticeable from the front but it does seem a bit too long. I think some of that it due to the choker she's wearing. The Baroness does seem to wear something like this in the movie but the paint work here is a bit off (it doesn't fully cover the sculpt) and the balljointed neck looks a bit off. 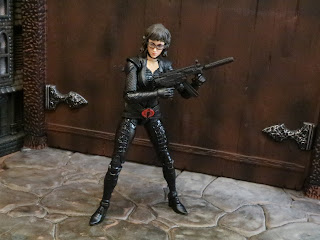 The Baroness really turned out to be a fantastic figure. She very well could be one of my favorite G.I. Joe: Classified Series figures of the year so far thanks to her cool weapons. Seriously, her MP5K and her kukris are just hot fire. I've passed up Storm Shadow in stores as his outfit just looks weird in a yellowish off-white color and Snake Eyes not coming with a firearm or a place to store his trench knives kind of turns me off too but the Baroness was hard to resist. Whether you missed out on the Cobra Island Baroness or want to use her as a separate character, this is a Great and a 1/2 figure and you don't need to have seen the film to enjoy her!

The only other Baroness figure I've reviewed on the site is the Classified Series Baroness with Cobra C.O.I.L.