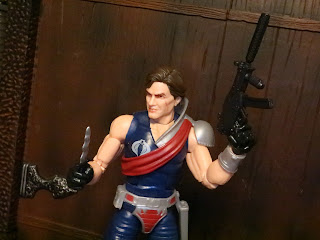 Since I reviewed Tomax last week you surely were expecting Xamot to follow, right? Well, here he is: Xamot Paoli from Hasbro's G.I. Joe: Classified Series. Since Tomax and Xamot are twins, it seems reasonable that both figures are pretty similar, right? Well, that's true here. The figures are basically mirror images of each other, so while they look similar they do have their fare share of unique parts. You know, different headsculpts, different shoulder pads, different belts stuff. I'm still a bit surprised that Hasbro didn't make them a two-pack, which seems like the best idea, but hopefully they'll at least ship in the same numbers. Since they're so similar  this review is a total cheat, as I didn't have much new to add and was mostly able to just change the names. Let's check out Xamot Paoli after the break and see if he 's as good of a figure as his twin brother... 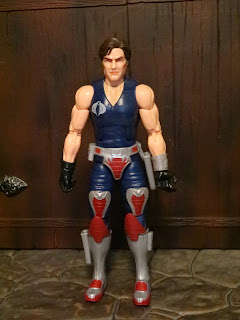 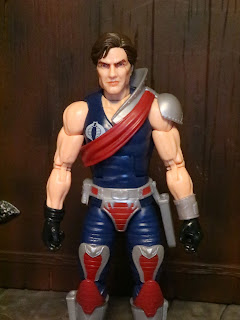 * Xamot (and Tomax) definitely adhere to the more recent trend of simply updating the vintage toy designs onto a modern, more articulated 6 inch body. I'm less bothered by it when it comes to figures like the Crimson Twins, though, as their outfits don't really reflect a real world military aesthetic and thus don't look outdated. There's a mixture of functionality and ceremonial décor in their outfits that still works today. The sash and armored shoulder pad is one separate piece that fits across Tomax's chest and is held securely in place by a peg that plugs into the back. The shoulder pad is flexible, allowing Xamot's left arm to have a full range of movement. One new element is that Xamot is sporting a "metal" cuff on his left wrist, just like the one Tomax has on his right wrist. 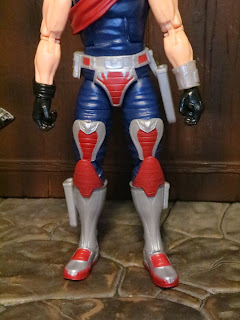 * Xamot's legs are pretty cool too with some solid work on the snake knee pads and the design of his boots. The color scheme is excellent and complements some of the other Cobra divisions like the Crimson Guard and the Vipers. 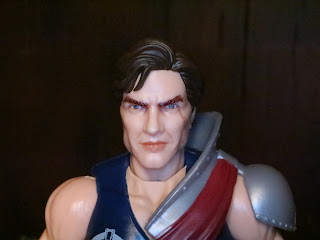 * While Tomax and Xamot are twins they do have different portraits. The most noticeable difference is that they part their hair on different sides but there are other differences, too. Xomat has a scar running under his left eye and he just looks more serious, with a steelier gaze and no smirk on his face. 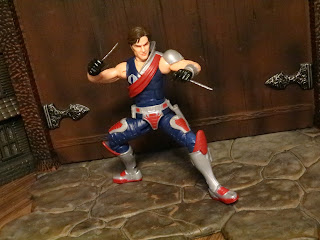 * The excellent articulation of the Classified Series continues here with the Crimson Twins. Xamot has a great range of motion (the only thing that impedes movement in any way is the high collar to the left of his neck) and looks great holding his weapons in a variety of combat poses. The Classified Series figures are definitely some of the best articulated and highest quality figures on the market for the price out there today. They're also sporting the new pinless joints, too 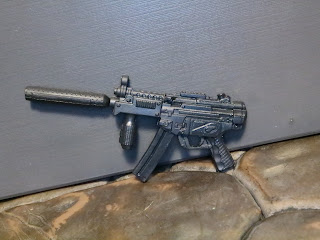 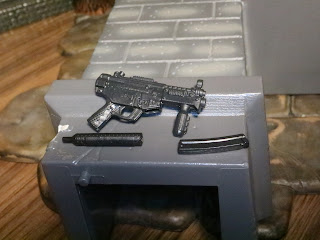 * The magazine is removable and the suppressor is detachable as well, making for a very versatile weapon. 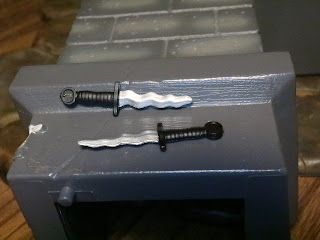 * Xamot also comes with two daggers. They're both the same and have wavy blades, kind of like a Javanese kris. The vintage Tomax and Xamot each had a dagger and a pistol sculpted onto the figure (non-removable) but here they each have two daggers. 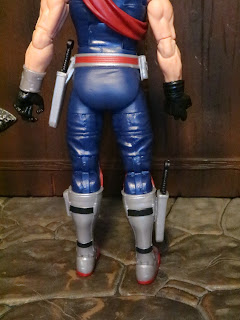 * The daggers both have their own sheathes, too. There's a sheathe hanging from Xamot's belt and a sheathe on his right boot. The placements of the sheathes are reversed on Tomax. 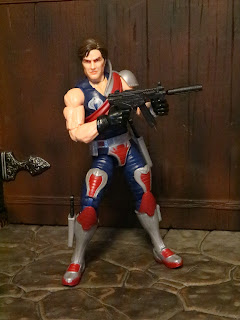 Like Tomax, Xamot turned out well and is a solid, slightly modernized take on the character. I do wish Tomax and Xamot had been released in a two-pack with a few extras or that they differed a bit more from each other (perhaps if each included one unique weapon) but it's tough to argue too much with what we've got: A Great and a 1/2,  high quality figure with some cool accessories. Some of the G.I. Joe characters work really well as an almost straight up copy of the vintage figures while others definitely need more modernizing, and fortunately Tomax and Xamot don't come across as dated. These guys haven't been released at retail in the US yet, so it'll be interesting to see how these do on the shelves at retail. They'll either disappear in pairs or it'll be weird seeing one twin sitting on a shelf alone.