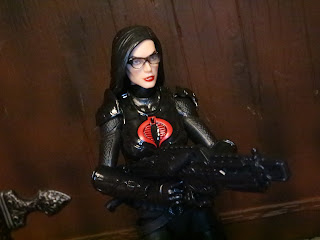 We're approaching the end of 2022 and with lots of new stuff showing up combined with a bit of a back log from the last month or two, I'm going to spend most of November doing some review miniseries, starting with the G.I. Joe Classified Series. I've got a few items to review from the line that have shown up over the last month such as the Cobra Viper 3-pack and Kamakura. but first I'll start things off with a look at the retro version of the Baroness. Exclusive to Walmart, this version of Baroness comes on a classic styled blister card (kind of like the Marvel Legends Retro Collection figures or the Star Wars Black Credit Collection line) and is a repaint of the Cobra Island Baroness that came with the Cobra C.O.I.L. back in 2020. I thought that was a pretty fine "classic" version of the Baroness herself and I was really looking forward to the version shown in promotional art that seemed to have some purple in her hair, but that one never came out. I honestly wasn't planning to pick this one up at first but I ended up running across one in store and decided grab her to, at the least, use with the helmeted portrait from the Cobra Island Baroness. While retro Gung-Ho is pretty much a new figure and the retro Lady Jaye has enough new elements to warrant a second purchase, the Baroness feels like a less interesting version of a solid figure. Let's take a look at this retro version of the Baroness after the break... 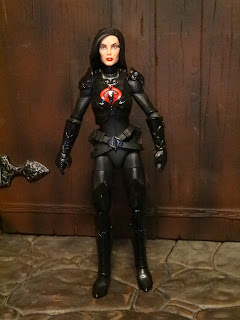 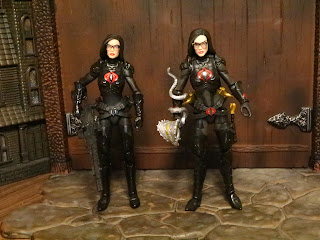 * The retro Baroness is on the left while the Cobra Island Baroness is on the right. What's different? The glasses are removable on the retro Baroness and the face printing is slightly different. She has fewer paint applications, her pistols are black instead of gold, and she doesn't come with the cool snake laser weapon. Oh, and she's missing the sheathe and dagger on her left hip. Really, this one just feels like a stripped down version of the previous release. 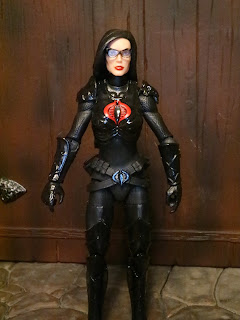 * The Baroness is still a great looking figure. Clothed in a mixture of different armored pieces, all with a cool snake-motif, this earlier figure from the line still shows off the excellent sculpting work and attention to texture detail. You can actually see the differences between the shiny black armored plates and the more matte "flexible" parts of the armor. The snake themed  shoulder pads are also very cool and are attached at the top of the shoulders with flexible plastic, so they don't inhibit the movement. Going with all shades of black and just a little bit of grey is how Hasbro has given Anastasia DeCobray her retro look and it still looks just fine, even though I think the additional paint apps on the first figure improved things. 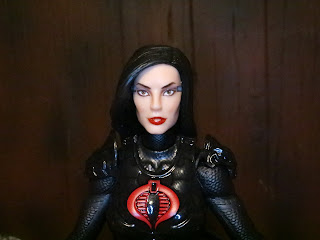 * The baroness's face printing is a bit sharper here and while I'm not sure if I like this version better than the first release, it does look a bit more severe with more accentuated cheekbones and a slightly darker skin tone. The previous figure was very pale (which seems right for the Baroness) while this one is only kind of pale. The glasses are removable on this one so you can see the holes where the slide in the sides of her head. She's not really intended to be displayed this way, I imagine, but you can appreciate the sculpt more with the glasses off. 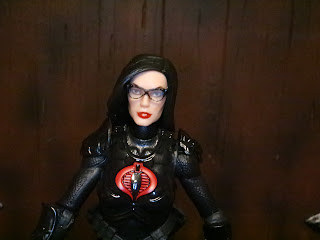 * Here she is with her glasses on. Considering they removed them, it might have been cool to have given this version the larger, rounded lenses of the vintage toy. These ones still look good, though. Much better than most glasses usually look in this scale. 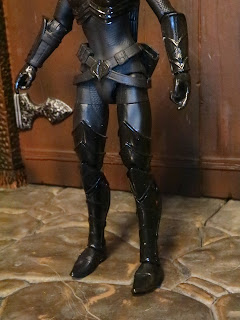 * Whether they're for combat, motorcycle safety, or just fashion, the Baroness' boots are pretty incredible. These are wicked cool. 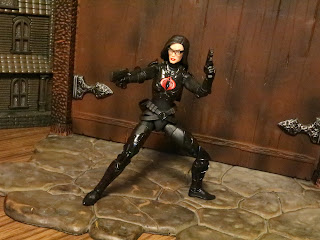 * The articulation is the same as on the previous release and, while it's not as smooth as the more recent figures, it's still pretty impressive. These are still some of the most well articulated and durable action figures on the market and the quality of the joints on them is excellent. I still spend more time messing around with my G.I. Joe Classified Series figures than with any other toyline. 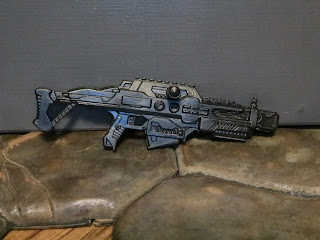 * For the retro release Hasbro included two weapons that are reused from another figure: The rifles from the Target exclusive Cobra Island Cobra Trooper. First up is the assault rifle that seems to be modeled after the Nerf Rapidstrike. While the newer weapons are excellent on Classified figures, I liked some of the Nerf based or futuristic weapons from early in the line, too, and this one is really cool and seems pretty fitting for Cobra. 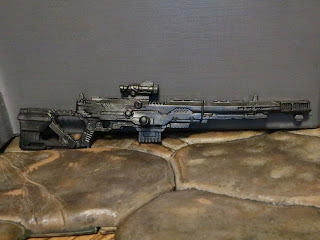 * Rather than give her a version of her vintage rifle, the Baroness comes with the sniper rifle based on the Nerf Longstrike. Again, I still really like this sculpt. There are some excellent details on it like the scope, the magazine, and the tactical stock. 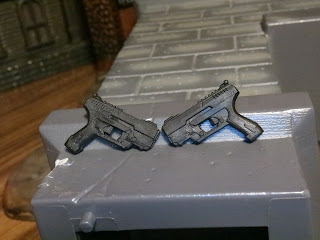 * The Baroness is still wielding two pistols as her backup weapons, though now they're molded in black rather than gold. They're nice sculpts with a futuristic edge. 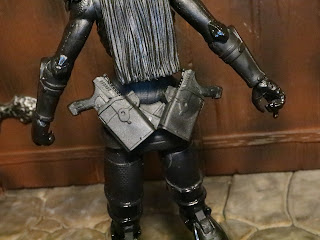 * They also fit easily into the holsters on the back of her belt. 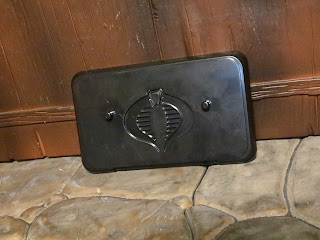 * The retro carded G.I. Joe figures all come with a display stand; the G. I. Joe star and stripes logo for the Joe team and a Cobra logo for Cobras. These work really well and I'd love if Hasbro would sell these in packs of 10 or 20 on Hasbro pulse. They're simple and effective and every figure should have one moving forward. 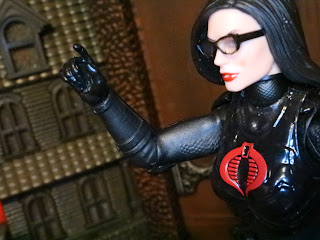 * This figure still has the limited elbow movement that some of the earlier female figures had which makes holding her rifles in some poses a chore. 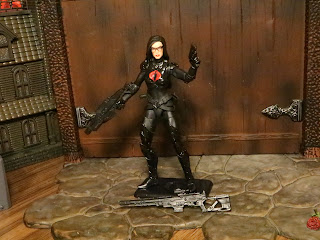 You know what? Despite me not liking this version of the Baroness as well as the version which included the Cobra C.O.I.L., this one is still pretty good. She's got four weapons plus the display stand. I do dislike that she doesn't have the knife and sheathe, though. Was that really a feature that irked the vintage purists? Still, the ability to get a single Baroness figure without having to pick up the fairly bland Cobra C.O.I.L. is welcome. Yes, it would have been nice to have included her vintage styled rifle, but I still like what we get her. She's a Great and a 1/2 release, even if she's just a re-paint/ de-paint.

If you're a fan of the Baroness Anastasia DeCobray, I've also reviewed the G.I.Joe Classified Series Baroness with Cobra C.O.I.L. and the Snake Eyes: Origins Baroness.