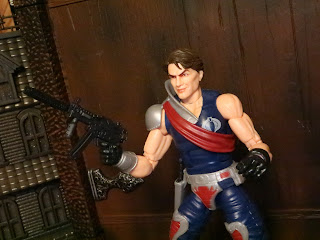 It's been over a week since I reviewed Sgt. Stalker but I actually received him, Tomax Paoli, and Xamot Paoli at the same time, so it's time to start checking out the Crimson Twins. I'm starting things off with Tomax. I have to say that I'm actually quite surprised that Hasbro didn't release Tomax and Xamot as a two-pack. There's only ever been one time they were released separately and that was in the 2005 Toys 'R Us exclusive Crimson Guard Force set. One set came with Tomax and one came with Xamot. Collectors weren't too thrilled with the setup, if I recall correctly, and it seems odd to split these guys up, especially considering that the Classified Series has been doing oversized/ deluxe releases. Still, getting Tomax and Xamot in the line is quite nice as they're two more of the major Cobra villains to round out your Cobra Command. I'm really curious as to how these guys will do once the hit mainstream retail as they're both very similar and I could see some more casual buyers not feeling the need for both. Let's take a look at Tomax after the break and see what he brings to the G.I. Joe: Classified Series... 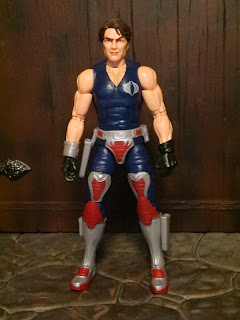 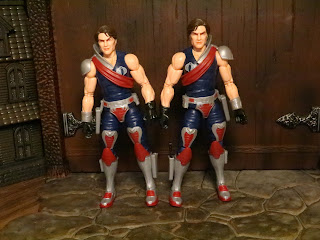 * Here's a quick shot of the twins together with Tomax on the left and Xamot on the right. While they definitely share most parts they do have unique portraits, unique shoulder pieces, and unique belts. 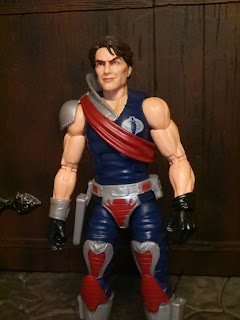 The Positives:
* Tomax (and Xamot) definitely adhere to the more recent trend of simply updating the vintage toy designs onto a modern, more articulated 6 inch body. I'm less bothered by it when it comes to figures like the Crimson Twins, though, as there outfits don't really reflect a real world military aesthetic and thus don't look outdated. There's a mixture of functionality and ceremonial décor in their outfits that still works today. The sash and armored shoulder pad is one separate piece that fits across Tomax's chest and is held securely in place by a peg that plugs into the back. The shoulder pad is flexible, allowing Tomax's right arm to have a full range of movement. One new element is that Tomax is sporting a "metal" cuff on his right wrist. Fittingly, Xamot has one on his left wrist. 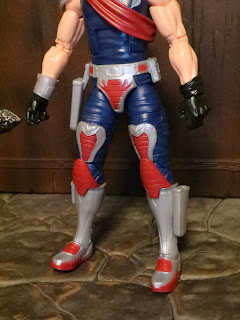 * Tomax's legs are pretty cool too with some solid work on the snake features on his boots. The color scheme is excellent and kind of complements other Cobra divisions like the Crimson Guard and the Vipers. 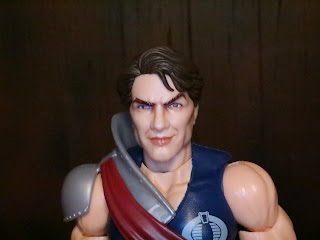 * While Tomax and Xamot are twins they do have different portraits. The mot noticeable difference is that they part their hair on different sides but there are other differences, too. Tomax has somewhat of a grin, or a smirk, on his face. He's also not sporting a scar, unlike his brother. Both twins have somewhat exaggerated, almost overly handsome features, though they're not quite on the level of the Bogdanoff twins. 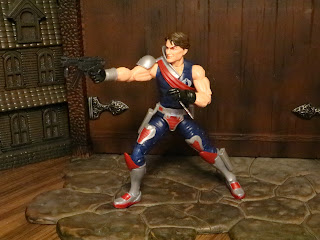 * The excellent articulation of the Classified Series continues here with the Crimson Twins. Tomax has a great range of motion (the only thing that impedes movement in any way is the high collar to the right of his neck) looks great holding his weapons in a variety of combat poses. The Classified Series figures are definitely some of the most well articulated and highest quality figures on the market for the price out there today. They're also sporting the new pinless joints, too 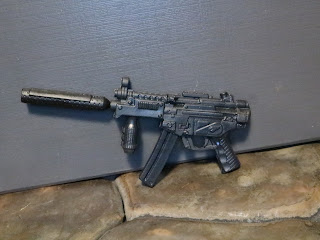 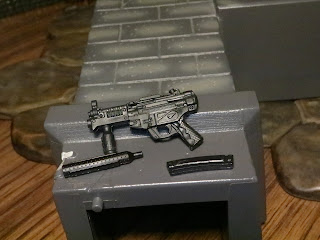 *  The magazine is removable and the suppressor is detachable as well, making for a very versatile weapon. 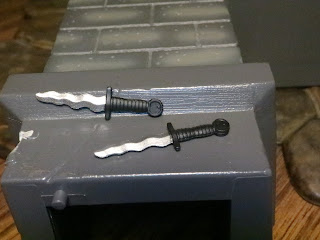 * Tomax also comes with two daggers. They're both the same and have wavy blades, kind of like a Javanese kris. The vintage Tomax and Xamot each had a dagger and a pistol sculpted onto the figure (non-removable) but here they each have two daggers. 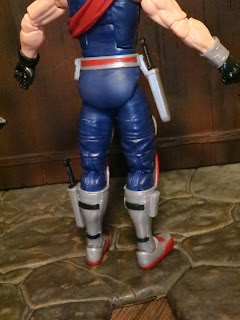 * The daggers each fit in a sheathe, too. There's a sheathe hanging from Tomax's belt and a sheathe on his left boot. The placements of the sheathes are reversed on Xamot. 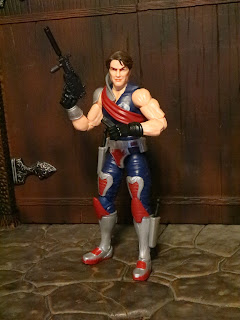 Tomax did turn out well and is a solid slightly modernized take on the character. I do wish Tomax and Xamot had been released in a two-pack with a few extras or that they differed a bit more from each other (perhaps if each included one unique weapon) but it's tough to argue too much with what we've got: A very high quality figure with some cool accessories. I never owned the vintage Tomax and Xamot as a kid and so my first versions were from the 25th Anniversary comic pack set. I'm curious where the last name of Paoli came from, though. On the vintage card they had no last name but the 25th Anniversary gave them the last name of Rogue.
I think something must have happened with the names at some point because the figures included with the 2009 Joe Con set just called them the Crimson Twins with no mention of the names Tomax and Xamot, so maybe Paoli was added for trademark issues? Regardless of the name used, Tomax Paoli is another Great 1/2 figure in the Classified Series.