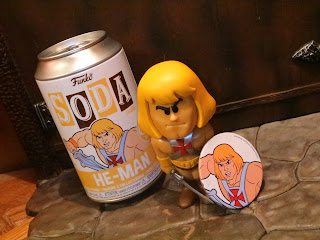 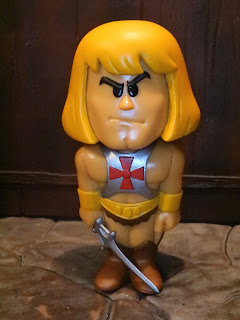 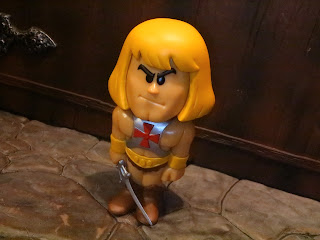 * The figure's have a style of their own and are quite comical. They're not as stylized as most of Funko's other vinyl lines but the head is definitely a bit oversized. They're not articulated at all, either, but they do make for a cool display piece. They're too large to be considered minifigures, just FYI, but the clean, colorful appearance does make them display well on a smaller shelf. 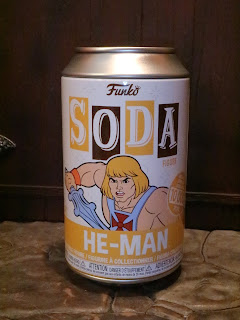 * I really like the cans these come in. The soda can design is actually pretty cool and makes for a rather unique display piece on a shelf. He-Man soda? Sign me up! The front of the can shows off an image of He-Man with the expected labels while the bag shows off the figure and includes all of the legal info, etc. The top of the can separates so you could use the can to store trinkets as well. The top of the can is even sculpted to look like the top of a soda can. It's made from a much more durable metal than your average soda can, too, so it's quite a nice collectible. 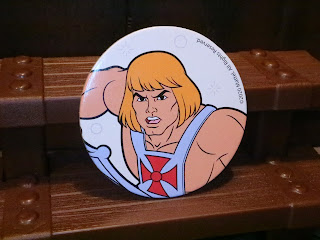 * Inside the can is a round, sturdy cardboard disc. On the front is the character's picture (He-Man! He-Man!) while the pack has the figure's name and the run amount listed. If you find the chase, it'll say "You found the chase!" 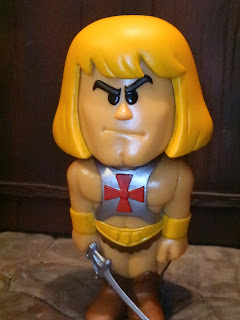 * I really like the style of these guys. He-Man looks like he's standing at attention and he's decked out in his classic garb. The paintwork is really clean, as are the sculpt and style. If there were a 1960s TV commercial for He-Man cereal with an animated He-Man, this is what he would look like for sure. 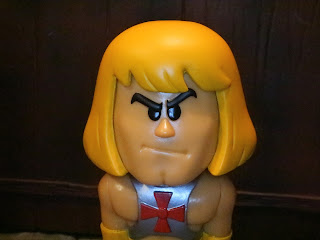 * I like the cocked eyebrows, questionable expression, and cleft chin. It's comical, but not overly silly. It actually works really well for He-Man! 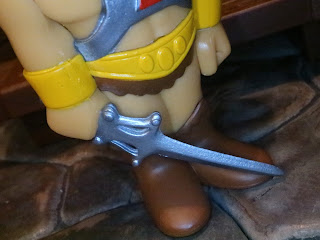 * He-Man has a very nicely sculpted Power Sword in his right hand!


* The Power Sword tip kind of rests on the ground, causing it to bend a bit. Be careful!

I wasn't sure what to expect from the Vinyl Soda line but He-Man turned out to be Great. I really like these and I'm hoping we see more Masters of the Universe Characters soon! Faker and "Golden" Skeletor (Disco Skeletor) are lined up as virtual WonderCon exclusives, but since they're both repaints that is definitely expected. It's always fun to see He-Man tackled in new and unusual ways and this version is one of my favorites from recent memory.

He-Man/ Prince Adam is one of my favorite characters and I've reviewed so many toys based on him that he has his own review archive. Check out Fabulous Secret Powers for more He-Man toys!
Posted by Barbecue17 at 3/29/2020