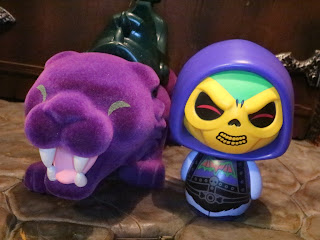 OK, I'm not done showing off my Dorbz yet! Today I'm going to take a quick look at the Dorbz Ridez Skeletor with Panthor. Released in 2017, this set was a SDCC and Toy Tokyo exclusive that was also given a release through the Funko Shop. Despite having an incredibly cool selection of vehicles from different properties, the Dorbz Ridez seems to be another line that Funko has ceased to produce (the last release seems to have been in 2018 and was a Pirates of the Caribbean Jolly Roger ship with a skeletal pirate based on the ride). There were only two releases for Masters of the Universe in Dorbz Rides and knowing that one is Skeletor with Panthor why don't you try to guess who the other release is? No, it's not Crackers the Clown on an Attak Trak! It's He-Man on Battle Cat! Of course, we're checking out Skeletor with Panthor, so let's get right to it after the break... 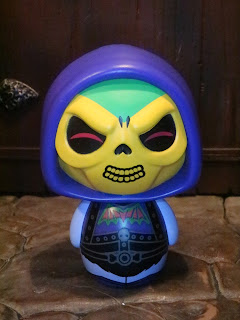 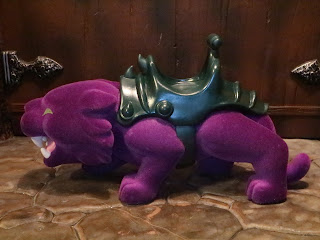 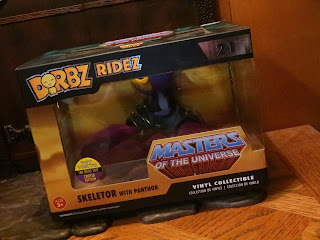 *The Dorbz Rides packaging for Skeletor and Panthor uses the same Castle Grayskull brick design with an orangish-yellow sky background as Masters of the Universe Classics. The MOTU POP! figure used this motif until 2019 as well. The package is completely collector friendly and there are two different sticker variants: There's the round sticker that says "Toy Tokyo San Diego 2017 Limited Edition" and a rectangular sticker that says "2017 Summer Convention Exclusive." 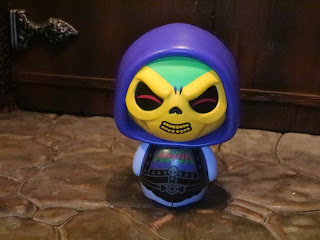 * The Skeletor included with this set isn't too different from the standard Dorbz Skeletor except he has no Havoc Staff and he's painted with his Battle Armor design. With his Little People styled design and his simple swivel head, Skeletor fits in perfectly with the rest of the MOTU Dorbz crew and adds another Skeletor variant to the Dorbz line (there were four Skeletors total). 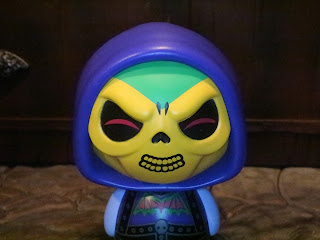 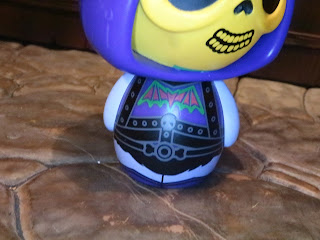 * I'm a huge fan of the Battle Armor variants of He-Man and Skeletor and I've always loved those designs. While the details on the Dorbz bodies are simply painted on (most of them use a standard body) the unique artwork on each figure looks very neat and clean. 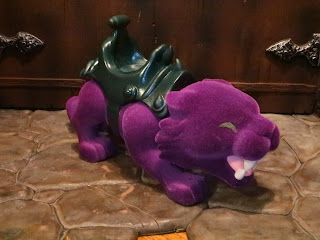 * Here comes Panthor! Panthor is nicely scale to the Dorbz figures and manages to blend the very basic looking aesthetic of the line with a more detailed body design. Panthor has no articulation (just like the vintage toy) and has Skeletor's green saddle permanently attached to his back. 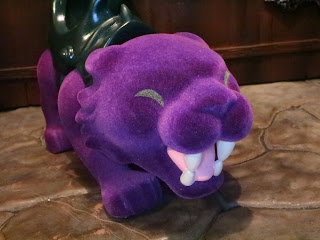 * Isn't Panthor just the cutest? He's got the little "closed" eyes, too, and a mouth full of sharp teeth. Seriously, he's pretty cute. 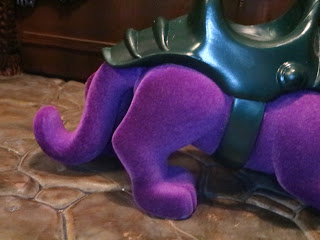 * I love that Panthor is flocked. Funko does quite a few flocked variants of different figures and they usually do a pretty nice job with it. It just makes Panthor looks so furry! I'm actually allergic to real cats, so I have to get my kitty fix through Panthor and Battle Cat.

* Skeletor rides on Panthor's back just like you would expect! He fits snugly in the saddle and comes out easily, with no worries about scraping the paint on Skeletor. He looks really cool on there. It's very fitting of the Dorbz aesthetic for sure. 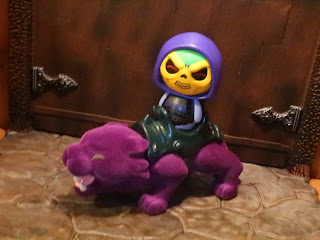 While there are dozens and dozens of Skeletor figures out there, Panthor doesn't come around as often. This might not be as cool as the Masters of the Universe Classics Panthor but it's a pretty neat take on the character, offering up a softer take. I love how MOTU goes back and forth between brutal, barbarian fantasy and a guy in a pink vest hanging out with a floating wizard and a striped cat. It's Great stuff and Skeletor with Panthor nicely captures the "softer" side of MOTU. It's a fun set that you can still get for retail price if you search around.