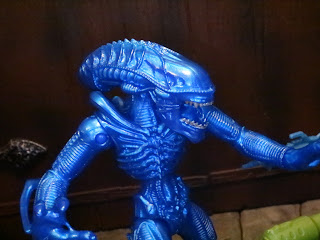 My reviews of Lanard Toys' budget Alien Collection toyline have been pretty popular so far, so how about another one? Today I'm checking out the third of the Xenomorph Swarm sets. These things don't have actual set names but this one has a blue Xenomorph Warrior, a Colonial Space Marine, and a rotating sentry gun. Remember that I'm purchasing these to supplement the vintage Kenner Aliens/Predator line, which is one of my favorite toylines of all time, so I might be judging these a bit differently than folks just interested in them purely as toys. Purely as toys, all of these sets are quite good with a lot of stuff for $10 bucks.There's definitely some reuse here from other Lanard Toys' lines, but that's kind of what they do and how they get these things on the shelves at Walmart for such low prices. Let's take a look at this set after the break and see how it stacks up to the rest... 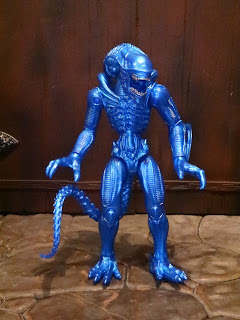 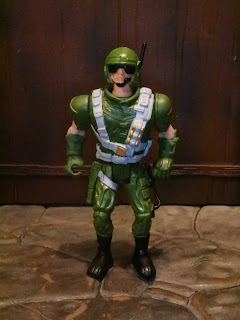 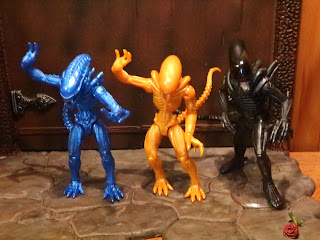 *On the left is the blue Xenomorph Warrior from this set. He has the same body as the gold Xenomorph Drone (in the middle) but the heads are completely unique. That's cool, and I certainly wasn't expecting it. All the way to the right is the Warrior Alien from Kenner. I think these guys blend in with the Kenner line fairly well and scale quite nicely with those figures. 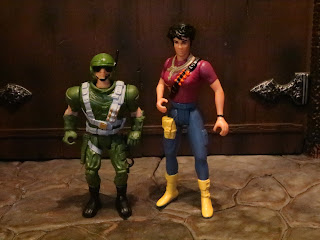 *The human figures in this line definitely don't work with the vintage Kenner line, though. The Colonial Space Marine is on the left while Kenner's Ripley is on the right. He's kind of short, isn't he? 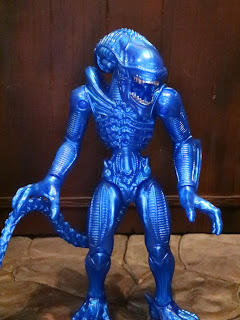 
* I love this guy! The Xenomorph Warrior uses the same body as the Xenomorph Drone but now it is cast in a great metallic blue plastic. Aliens look so good in blue! It definitely feels like an homage to the Kenner Hive Wars Warrior Alien, or maybe even to my beloved Gorilla Alien. The sculpt is fantastic here with lots of excellent detail. 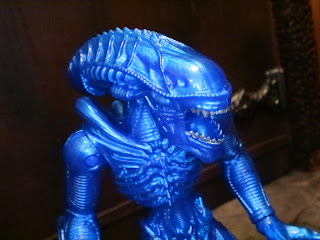 * The headsculpt is different from the Drone, showcasing a look more in line with the Xenomorphs from Aliens rather than the Big Chap from Alien thanks to the bonier, more textured skull. 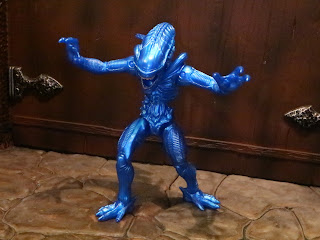 * Just like the Drone, Xenomorph Warrior is very well articulated and ends up being a really fun figure to mess around with. He's quite dynamic, really, and looks great in a number of poses. 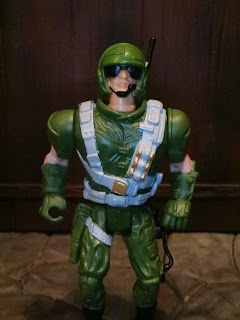 * The Colonial Space Marine is.... us, a figure. It has five points of articulation and it's pretty solid. Seriously, this doesn't even feel like a figure from The Corps. It looks like a dollar store figure rather and seems very out of place. It's here, though, and it's not breakable. Kids will have someone to fight their Xenomorph, so at least there is that. 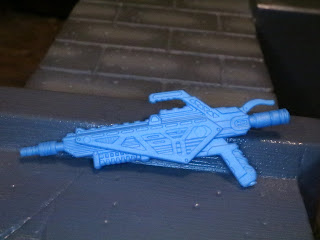 * The rifle is pretty cool. I like the sculpts on all of the weapons in this series. They're very detailed and the figures do hold the accessories well. 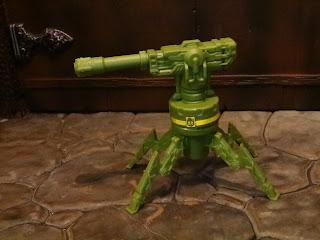 * The sentry gun is actually a pretty cool accessory. It does have the 20th Century Fox trademark and copyright info on it, so I'm assuming it's a new piece. It definitely fits in well with the vintage Kenner line for sure. It has a little USCM logo decal and it rotates around. Simple, but effective. 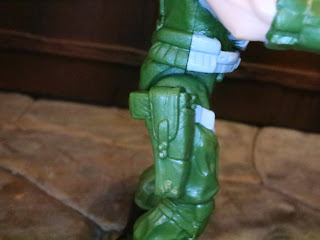 * One of my pet peeves is when an action figure has a permanently holstered weapon. seriously, that shouldn't happen with anything 1/18th scale and larger these days. There are The Corps figures with working holsters, so don't pee on my leg and tell me it's raining! I wasn't a functional holster, darn it! 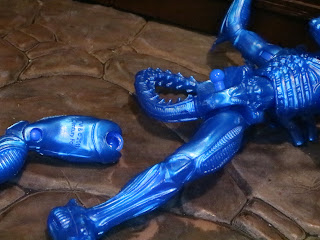 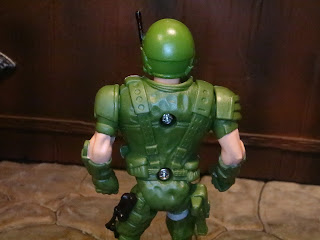 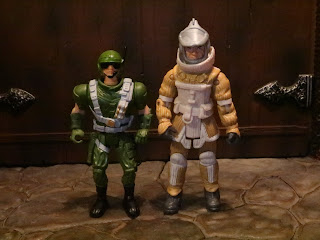 *  As I started reviewing these sets, I've realized that the scale of the humans in these sets is all over the place. The Weyland Commando is taller than everyone else with the Research Scientist being shorter than him and the Colonial Space Marine being even shorter still. A lack of consistent internal scale in a line definitely is another of my pet peeves, and this line is particularly egregious about it. 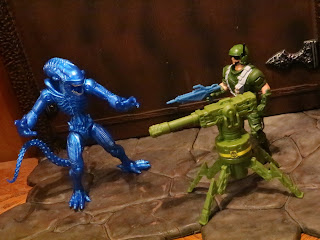 Would I pay $10 bucks for the blue Xenomorph Warrior and the sentry gun? Yeah, I would. They're pretty cool. The Colonial Space Marine is definitely pretty lame (though his weapon is cool) but for the price you can just ignore him. Considering all of the pretty good figures Lanard has made over the last few years, I'm not sure why they're using the cheapest looking toys in their catalog of figures, though. This is still a Good set but it's not the best out there. Still, I do love me some blue Xenomorphs, so I couldn't skip it. You might be able to, though.

For more Xenomorphs, check out my reviews of the M.U.S.C.L.E. Xenomorph from Alien Pack A, the Attack Alien from Pack C, the Xenomorph Warrior from Aliens Pack A, the Alien Warrior (with open mouth) from Pack B, and the Alien Warrior (Crouching) from Pack C, the ReAction Alien (with Metallic Flesh), the gold Xenomorph Drone and the red Xenomorph Runner from Lanard's Alien Collection, NECA's Xenomorph Warrior, the standard Xenomorph from Kenner's Alien versus Predator 2 pack as well as the Bull Alien, Gorilla Alien, and Scorpion Alien, the Loyal Subjects' Xenomorph (Black Battle Damaged) and Xenomorph (Ice Blue Metallic), and the Micro Machines Alien Transforming Playset which is loaded with Xenomorphs.