Minifigure Review: Moss Man from Masters of the Universe: Mega Construx by Mattel 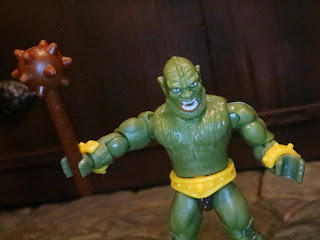 Kreann’Ot N’Norosh, the Eternian nature spirit who is also the Heroic Spy & Master of Camouflage! I love Moss Man and I am very, very excited to be able to pick up a Moss Man toy at retail.  Moss Man was already released in the Mega Construx line as an additional figure in the SDCC 2019 Battle Bones set, and that version was flocked and came with his classic weapon. This one isn't flocked and comes with a slightly different weapon, but he's still quite cool and definitely offers up a slightly different take on the character. Let's check out Moss Man after the break and see how he turned out... 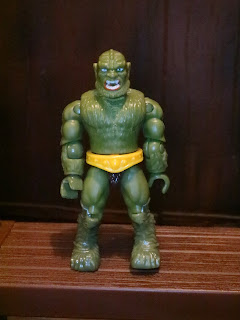 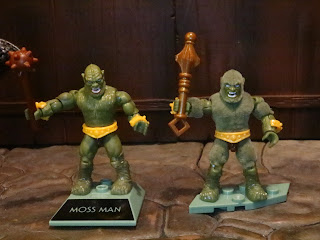 *On the left is the new, single-packed Moss Man while the Moss Man from the Battle Bones set is on the right. As you can see, both of these guys utilize the same Beast Man base sculpt but one is flocked and the other isn't. The new Moss Man's cuffs and belt might be a bit brighter, too, whiel his trunks are a bit darker. 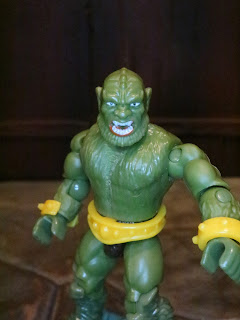 * It's kind of cool seeing a non-flocked Moss Man. I certainly wouldn't prefer him over the flocked version, of course, but since I have one I can appreciate this guy. It's cool seeing the Beast Man sculpt in green on its own. I prefer the depiction of Moss Man as a calm, cool, and ancient Eternian spirit but seeing him looking a bit more savage and fierce here is pretty cool.

* Like most other figures in the line, Moss Man's wrist cuffs are separate pieces that can be removed. It's pretty cool that those are a separate feature on such a small figure! 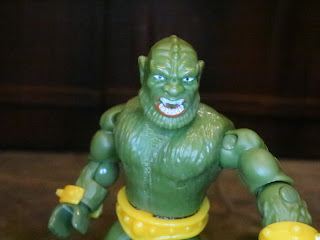 * The headsculpt is the same as Beast Man's, which is true to the vintage figure as well. The paintwork is very neat and clean, although I would have loved to have seen his eyes given the trademark "sideways glance" that the vintage figure had. 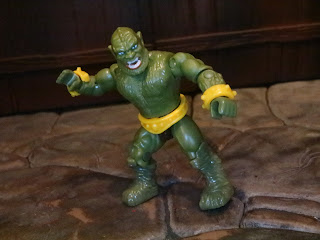 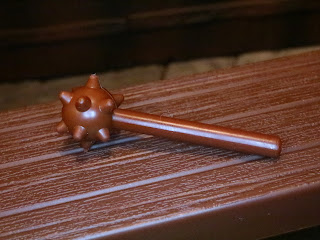 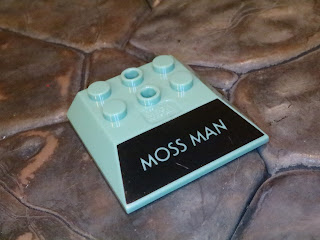 *  To help display these, each figure includes a stand. The stands are different than the ones included with the previous figures and are now just one solid piece rather than being made of three pieces. This one proudly identifies this as Moss Man, although if someone visits your toy collection and doesn't know Moss Man, I'm not sure I'd invite them back over. But that's just me. 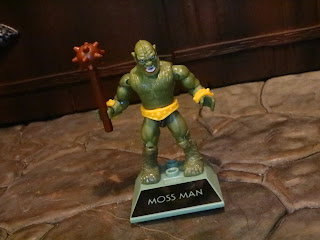 For $5 dollars, these are some of the best minifiugres out there. For a pretty reasonable price you're getting a fully articulated minifigure (seriously, they're almost like miniature Masters of the Universe classics figures), an accessory and display stand, and another Moss Man for your collection. That's a value if you ask me. I don't like him as much as the flocked version, but he's still an Epic figure. These guys are hitting Walmart stores and BBTS has the set for preorder, too, so check them out! If you're a minifigure fan or a MOTU fan, you are sure to go nuts over these.

Moss Man is one of my favorites but I've only reviewed the M.U.S.C.L.E. Moss Man and the flocked Moss Man that came with the Battle Bones set.