The Best of the Rest: My 10 Favorite Indiviudal Toys of 2019 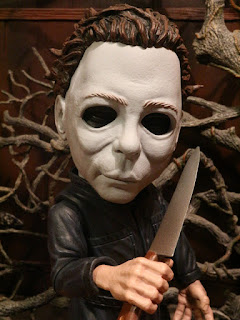 While the list of my 10 favorite toylines from the past year is always the biggest deal, I do like to recognize that tot every great toy is part of a larger toyline or a toyline that I fully collected. It seems kind of unfair to never acknowledge figures from smaller or one off lines. Heck, sometimes I purchased a spectacular action figure from a line that I had no intention of buying anything else from. What to do? That's where the list of my Top 10 Favorite Individual Toys for the year comes in. Who is eligible? Any toy released in 2019. Who isn't eligible? Any toy from a line I picked in my 10 Favorite Toylines of 2019 list. Remember that these are listed alphabetically, not in order of merit. Let's see what made the best of the rest after the break... 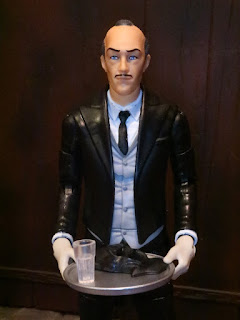 I haven't reviewed many DC figures this year as there hasn't been that much I was interested in and I've tried to narrow my collecting focus. That being said, it's kind of sad that this was the last year that Mattel held the DC license as they released some excellent figures in the DC Comics Multiverse line this year. The highlight for me was Alfred Pennyworth. Not only is he a fantastic character missing from nearly 15 years of Mattel's comics based releases but Mattel made him a figure to fit in multiple era of your collection. he included a standard comic based head, a Michael Gough portrait, an Alan Napier portrait for the 1966 collection, and a portrait based on the Outsider. While DC Comics Multiverse didn't make my Top 10 Toylines list this year, it was definitely under consideration. There weren't many releases as Mattel wrapped things up, but much of what was released was quite good. 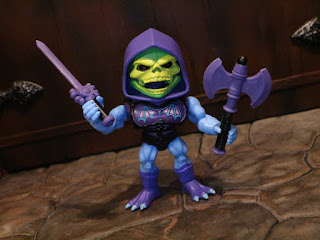 I really like The Loyal Subject's Action Vinyls line and their Battle Armor Skeletor was my favorite. The sculpt is fantastic, the weapons are plentiful, and Skeletor features a hinged jaw. What's not to like? I've always been a fan of the Battle Armor variants of He-Man and Skeletor ever since I was a kid and The Loyal Subjects did a great job of translating the design into their fun style of minifigures. I'm glad these have been showing up at some mass market retail stores, too, as they're great toys that really deserve a chance with collectors. 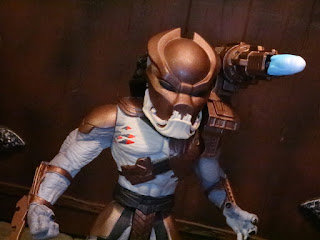 Kenner's classic Alien and Predator series is one of my favorite toylines of all time, so it's no surprise that I was anticipating NECA's Alien/ Predator Classic series. While NECA has released plenty of 7 inch scaled figures based on Kenner's releases, this is the first time they've released figures in the 1990s Kenner style. The Berserker Predator from Predators is my favorite of the two NECA has released so far. Other than the removable wrist blade, he really looks and feels like a vintage Kenner toy. I'm thrilled to be able to add to my vintage Kenner collection (which is complete now, by the way) and I'm really hoping to see some new releases at Toy Fair 2020. 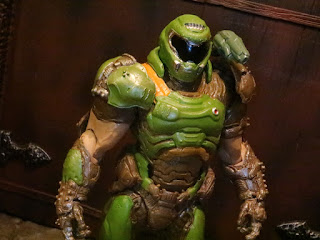 I've been a long time fan of Doom so I absolutely jumped at the chance to pick up an action figure of the "Doom Guy" from the series. Now known as the Doom Slayer in the newest games, this figure is actually based on the character's appearance in the upcoming Doom Eternal. McFarlane really is getting back into the action figure market in a big way with their Fortnite line, Mortal Kombat, and the newly released DC Multiverse, but the Doom Slayer is the only figure from them I've picked up in quite some time. He's big, bulky, and maybe feels a bit like an action figure from the late 90s/ early 2000s, but somehow that seems fitting. 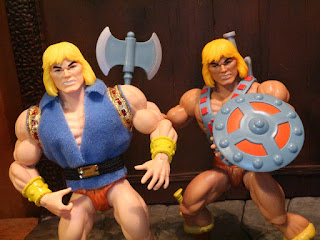 Technically Masters of the Universe Origins won't release until later this fall, but Mattel did release an incredible 2-pack of He-Man and Prince Adam last summer as an SDCC 2019 exclusive. This really ended up being one of the most difficult to obtain exclusives of the year, so I'm glad I preordered one from a trusty source. This is a really fun set that mixes a truly vintage feel with some of the advances in modern action figure making to create a really cool product that's both very fresh and very nostalgic at the same time. It also had some of the best packaging of last year hands down.


Leatherface from Toony Terrors by NECA 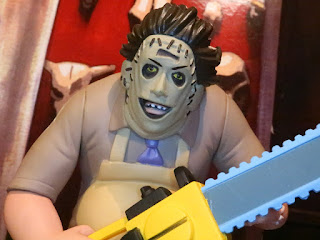 NECA's Toony Terrors was a really fun surprise that came out in early fall 2019. This was a line that definitely was a contender for my Top 10 Toylines of 2019 list, but it ended up getting edged out. I liked most of the figures in the series but Leatherface was hands down my favorite. He really captures the line's aesthetic of famous movie monsters redone as cartoon characters quite nicely. He's large, well sculpted, and really just pops off of the shelf. I'm enjoying this series and while I haven't picked up all of them, Leatherface is so far my favorite of the pack. 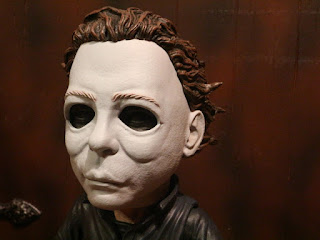 Michael Myers is easily my favorite of the "modern" movie monsters and Mezco did a great job of capturing his terrifying visage from Halloween in this release from the Mezco Designer Series. Striking a nice balance between terrifying and stylized, this figure was a stylized vinyl collectible that proved to be quite affordable, very well made, and outfitted with a couple of cool accessories.

Pennywise the Dancing Clown from It by NECA 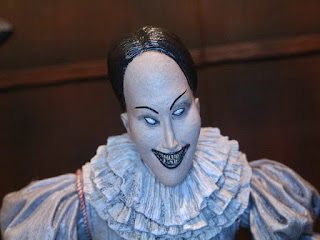 NECA often makes a big splash on my 10 Favorite Individual Toys lists and it's because they release so many great figures from a number of cool properties. They did release more figures from It (2017) then I expected and while I picked up three of them, the line definitely was basically multiple versions of Pennywise with different heads. The Dancing Clown release really stood out, though, with the light up deadlights head, the insect like arms, a portrait vomiting up arms, and, my favorite, the Judith head from the painting in Stanley Uris' dad's office. This is the scariest release of the year in my book!

Starburst She-Ra from Princess of Power by Mattel 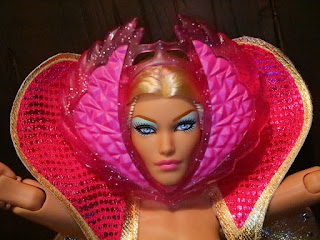 There were a lot of She-Ra figures released in 2019 but this was my favorite. Released as a PowerCon 2019 exclusive, Starburst captures one of She-Ra's vintage variants in a cool, modern 1/6th scaled figure. She's gorgeous, loaded with cool accessories, and comes in what might be the second best packaging of 2019:  A massive vintage styled Princess of Power blister card sealed in a box covered with Filmation inspired female MOTU characters. I'd love Mattel to expand this style outside of just She-Ra, as I really want Teela, Evil-Lyn, and the Sorceress, as well as the rest of the POP crew. 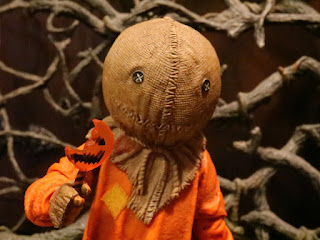 While he didn't make it out in time for Halloween, NECA's Ultimate Sam did make it out in time for Christmas. It's been quite a few years since NECA released their original Sam figure and this one proved to be an amazing improvement on one of the best Halloween mascots out there. Multiple heads, lots of accessories, and two jack o' lanterns (one of which lights up!) all ensured that Sam earned a place on my 2019 best of the rest list!

So? What do you think? What were some of your favorite toys that weren't necessarily part of a larger toyline or from a toyline you didn't collect anything else from?