Action Figure Review: Prince Adam from He-Man and the Masters of the Universe by Super7 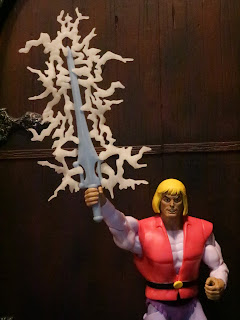 Earlier this month I started reviewing the latest and last series of He-Man and the Masters of the Universe/ Club Grayskull figures from Super7 and now it's time to begin finishing up the series. Today I'm checking out the Filmation inspired Prince Adam! Now if you remember correctly, Super7 did release the Laughing Prince Adam based on the popular meme as a 2018 SDCC exclusive. That figure gets largely reused here, but it benefits from some new sculpted elements, some new accessories, and a fantastic new approach to the skin tone that helps to make this the best Prince Adam figure yet. Prince Adam deserved to be done perfectly and Super7 didn't disappoint. Let's check him out after the break and see how he fared... 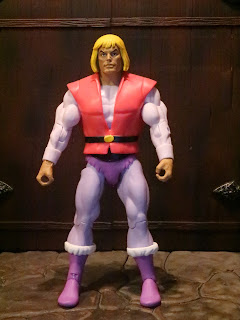 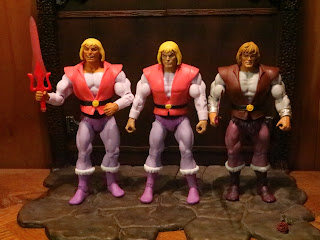 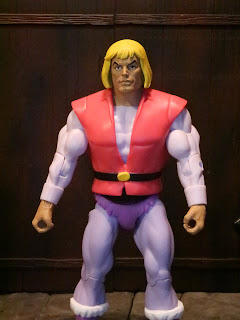 * Prince Adam looks fantastic. The colors are spot on and the new vest looks really good. While laughing Adam shared a vest with the MOTUC Prince Adam, this guy gets his own non-removable vest. This guy looks like he just stepped out of the Filmation cartoon series, and that's a beautiful thing. 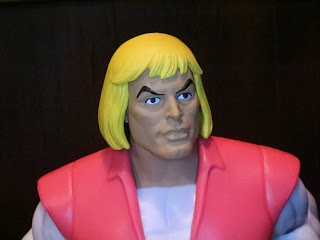 * Adam comes with two headsculpts and they're both fantastic. The first one is a more neutral headsuclpt and the paint and sculpt are perfect. People have complained about the waxy look of Super7's figures previously, but here Adam's face is painted and it looks perfect. Seriously, this is one of my favorite Adam/ He-Man sculpts ever. 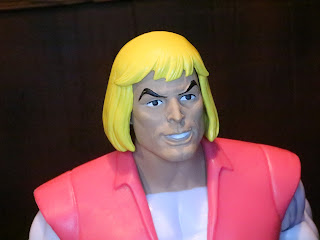 * The second headsculpt might even be better, though! This Adam has a bit of a smile and looks like he's in the middle of telling you about his Fabulous Secret Powers! Seriously, he looks like he's right from the intro! 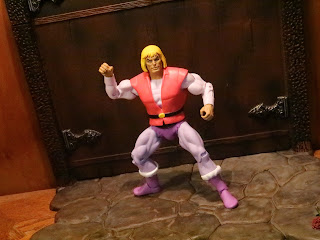 *  The articulation is as good as nearly any other MOTUC or He-Man figure and even a bit better thanks to the swivel/hinge ankles and wrists Super7 has given the figures. It's pretty fun to pose this guy in all sorts of cool poses. Or you can make him dance. It's up to you! 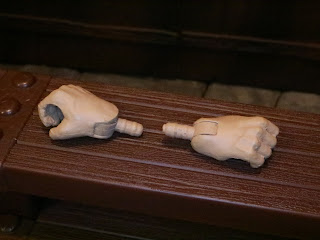 * Adam actually has interchangeable right hands. One hand has a horizontal hinge, like most other figures in the line, while the other has a vertical hinge so he can hold aloft the Power Sword! They swap easily and provide some nice options for posing. 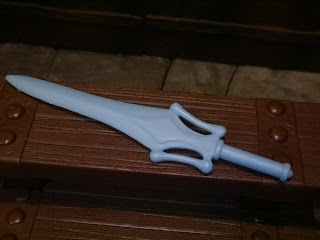 *  Prince Adam includes two different versions of the Filmation Power Sword. This is the standard one (it also came with the Ultimates He-Man) and looks pretty cool here. It's molded in a plastic that I wish were a bit more silver but it does seem to match the look of the cartoon fairly well. It's a nice sculpt and the figure holds it well. 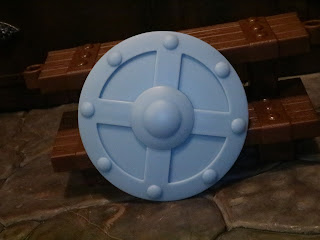 * Adam also comes with the same very large shield as the Ultimates He-Man, though it's missing the reddetails. It's way larger than the standard MOTUC He-Man shield. The toy inspired shield only appeared in one episode of He-Man and the Masters of the Universe, but maybe that's where Super7 got the inspiration? I've also seen a few collectors point out the shield He-Man uses in this early Filmation commercial, so that's also a possible source of inspiration. 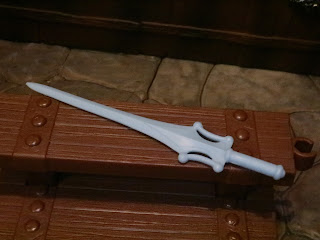 * The second Filmation Power Sword has a much longer and slimmer blade. It looks great and it serves a special purpose... 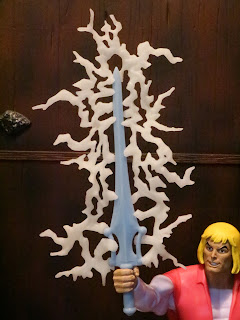 * You can attach this really cool lightning effect to the blade in order to depict Prince Adam holding aloft his sword and preparing to transform into He-Man! This is a really fun, very imaginative accessory and Adam looks amazing holding it/. Seriously, it's one of the coolest MOTUC accessories ever! 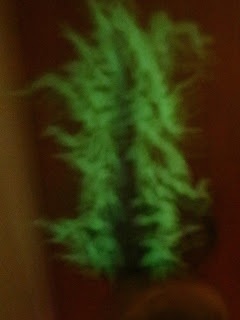 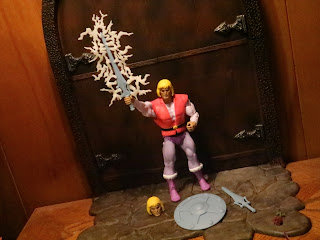 Prince Adam is easily one of my favorite figures from this series. He looks incredible and oh so accurate and he has some wonderful accessories. He definitely feels like he's worth the money with the alternate portraits, swappable hand, and the cool extras he comes with. This is definitely my favorite Prince Adam figure ever. Super7 did a phenomenal job with this guy, and it's a shame that it doesn't seem like we'll get Ram Man, Adora, Zodac, and Cringer to go along with him. I'd love to see this line continue, so stay vocal about the Club Grayskull line! Let Mattel and Super7 know that you want more!

I'm a huge fan of Prince Adam/ He-Man, and I've reviewed dozens of action figures of the character. Check out Fabulous Secret Powers for all of my Adam and He-Man reviews!