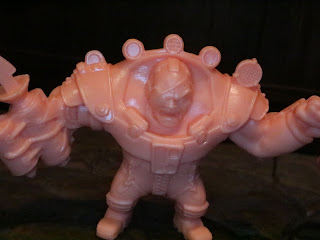 Today I'm checking out the last item under my Christmas tree from Christmas 2019 and it's Pack B, the second set of Street Sharks M.U.S.C.L.E. figures from Mattel. In my review of Pack A I talked about the oddness of this line and how they just seemingly appeared out of nowhere, so today I'm just jumping in to looking at the toys in general. I only ever owned one Street Shark as a kid and it was Ripster, who is part of this set. I actually found him abandoned at my neighborhood swimming pool. They always seemed like cool toys but during the time they were out I was probably way more into other things such as Batman, Biker Mice from Mars, Mighty Morphin Power Rangers, Star Wars: The Power of the Force II, and Micro Machines. Maybe if I had seen Vin Diesel's Toy Fair pitch for Street Sharks I would have been more into them? Some of the Street Sharks are insanely rare and valuable now, so good luck to those of y'all who collect them. Anyone here have a great Street Sharks collection? I imagine fans of the Street Sharks are excited to get these, so let's check them out after the break... 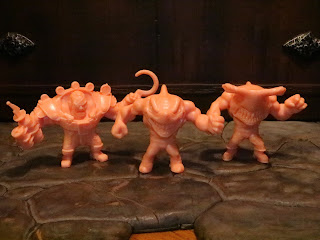 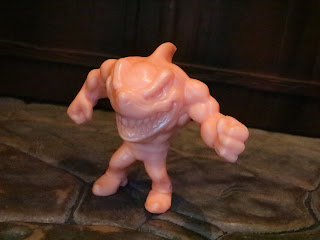 * Apparently the main Street Sharks are all brothers (I didn't remember that) and Ripster here is the eldest brother. He's the leader and a Great White Shark, though he's blue. He's a pretty standard figure for this line with some big teeth, a fin, and a fist stretched out as if he's ready to clobber someone. A round mound of pound, indeed. 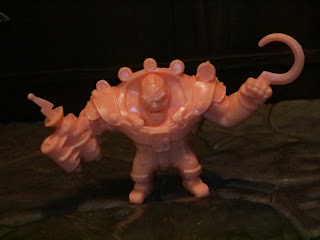 * Dr. Piranoid is the main bad guy and probably the coolest figure in this line. I mean, he's not a shark (he's mixed with a piranha, I think) but his armor and weapons are very cool. Seriously, check out the detail on this guy. It's incredible, right? 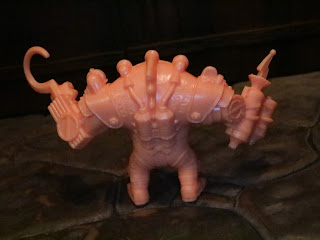 * You can see all of the gadgets and tech stuff on his massive sickle, his various air tanks, and his harpoon cannon. 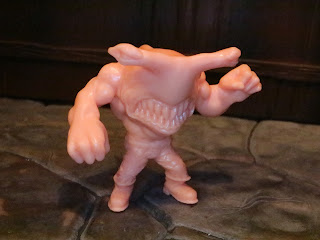 * Jab is another of the Street Shark brothers, but he manages to look quite different thanks to being a hammerhead. Again, you're getting lots of teeth, lots of muscle, and some really freaky eyes. 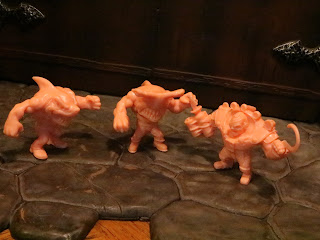 This is another Great set of minifigures. It's really a shame that Mattel apparently took the M.U.S.C.L.E. license away from Super7 only to end up doing nothing with it. The Street Sharks turned out to be really cool but they were silently distributed at discount stores with no fanfare whatsoever and it doesn't seem like Mattel has plans to do anything else with either the M.U.S.C.L.E. license or the Street Sharks license for the time being.

These are the first figures of Ripster, Jab, and Dr. Piranoid I've reviewed. For more M.U.S.C.L.E. Street Shark reviews, check out the following:
Pack A: (Big Slammu, Slash, and Streex)
Posted by Barbecue17 at 2/05/2020