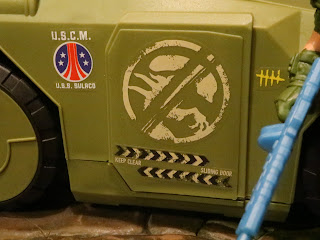 Today I'm checking out the last set from Lanard Toys' Alien Collection line and this one doesn't contain any Xenomorphs. That's kind of a bad sign, as they have easily been the best part of all of the previous sets. This set does feature the largest vehicle in the line, however, and it is an all new sculpt rather than being reused from a previous Lanard line like the Power Loader or the Planetary Hover Bike. The Armored APC's from Aliens are quite memorable, sand while Kenner at some point had plans for one in the vintage line it was never released (though it was mentioned in a Previws catalgog, along. Maybe it was a size issue? While they did release four vehicles (the Hovertread, Power Loader, Stinger XT-37, and Evac Fighter), Kenner seemed to have a tough time getting larger Aliens product out. The Mini Drop Ship never happened (though was repurposed in the VR Troopers line), along with a larger, film accurate Drop Ship. Anyways, we finally have an APC from Aliens, so how did it turn out? Let's find out after the break... 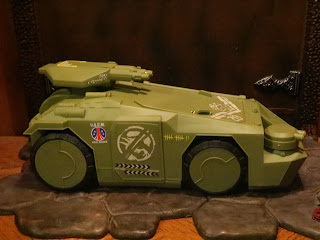 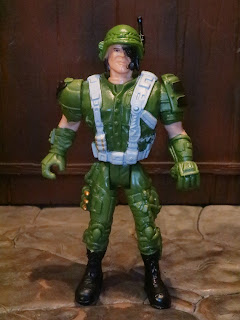 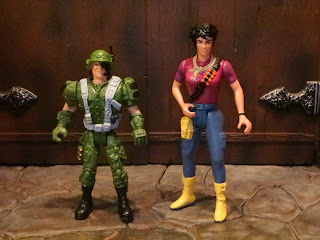 
*  The human figures in this line definitely don't work with the vintage Kenner line, though. The Colonial Marine Sargent is on the left while Kenner's Ripley is on the right. He's kind of short, isn't he? 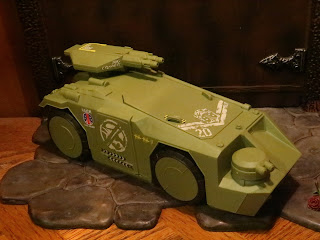 * The APC, by itself, is a pretty nice looking vehicle. It's definitely smaller than I'd like but I'm not going to give Lanard too much guff about it. They are trying to make a budget line here (at a budget price, for sure) and I could easily see Kenner having gone with a more compact version of the APC as well. The colors right, the sculpt is pretty decent, and there's a lot of nice decoration here. 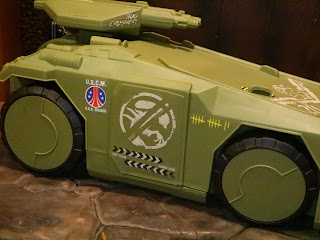 * I really do like the various logos on this, particularly the tally marks on the side of the vehicle and the "no Xenomorphs" logo across the starboard side door. They're just sticker but they look pretty cool and the little details (like calling the cannon the "bug crusher" definitely make me feel the spirit of Kenner's line. 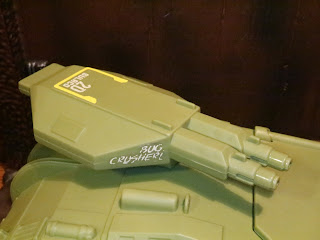 * The cannon isn't as well articulation as I would have liked (the Galoob Micro Machine APC had a working track so the turret could even rest against the back of he vehicle) but it looks accurate and it rotates. 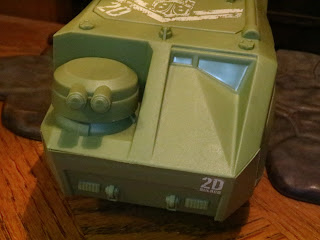 * The front rotary cannon also rotates. I wish the window were painted but the other little details (like the "Sulaco" identifier on the front) are nice touches. 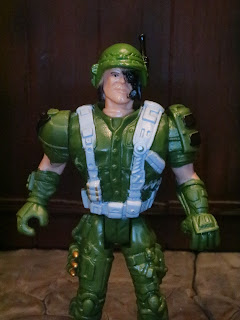 * If you've read the rest of my reviews from this series, you know I'm not thrilled with the very cheap looking Space Marines Lanard used here. They've put out some very solid toys in The Corps line and it's a shame to not see those reused here. At least you get a figure with this set. The Colonial Marine Sargent might not look like much but he's a sturdy toy and kids who pick these up aren't going to break him. 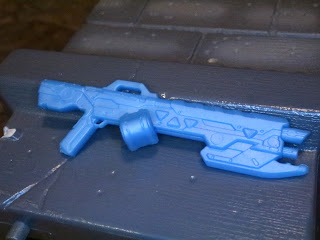 * The Colonial Marine Sargent comes with what the packaging calls an Assault Pulse Rifle. This is a fantastic accessory with very cool drum magazine and what appears to be a blade on the front underneath the barrel. 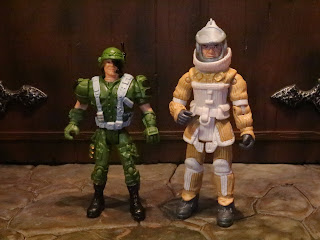 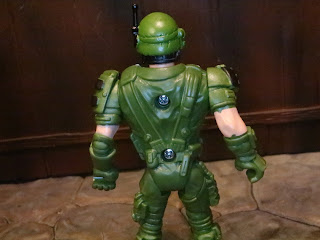 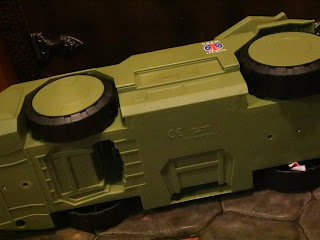 * The APC Carrier is made from a very soft plastic. It's not going to break but it definitely "feels" very cheap. It feels like the plastic that a dollar store jeep for plastic army men would be made out of rather than something you'd buy on the shelves from a legitimate toyline. It looks good, but you can tell it's a budget product for sure. 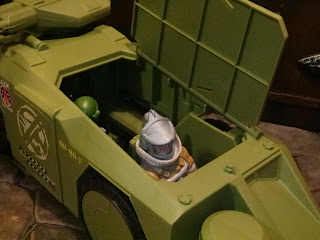 * The APC is undersized. So undersized that the only figures from the line that will fit in it are the fairly puny Space Marines. The Weyland Commando is even too tall to pilot this thing (and the Kenner figures have no chance). 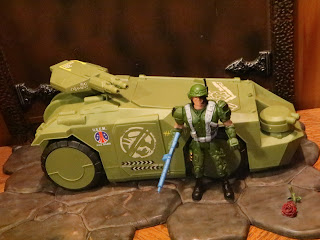 At $15 dollars, this set only ranks a Eh and 1/2 from me. The Colonial Marine Sargent is honestly going to be pretty useless to me (I might stand them around somewhere or put them in the APC), so that's a negative. I kind of like the APC, but it's going to be a background piece. Honestly, this could have been a bit more expensive but making it more impressive would have caused 1/18th scale collectors and G.I. Joe fans to snatch these off the shelves in like crazy. While the Alien Queen is the centerpiece of the line, the APC should have been more on her level. I do very much hope this line does well, though. Kids ought to have a blast with it and Alien fans and collectors should at least find something to appreciate across the six released sets. Let's hope it does well enough for Lanard to put out a second series. Better human figures, more Xenomorphs, and maybe moving into the Predator license could really take things to the next level here.