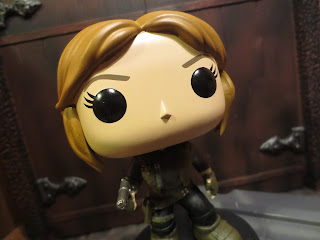 While I think most people would agree that Donnie Yen's Chirrut Imwe and Alan Tudyk's K-2SO stole the show, I really liked Felicity Jones' Jyn Erso. She was a great choice to bring the diverse team of characters together and I hate that we're not going to have the chance to see any further exploits from her and the Rogue One team. While I already own the Smuggler's Bounty exclusive version of Jyn Erso in her combat gear from Eadu, I was still pretty pleased to receive this POP! of Jyn in her more standard outfit from Rogue One. Ready for another POP! review? Then join me after the break... 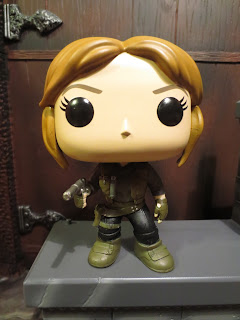 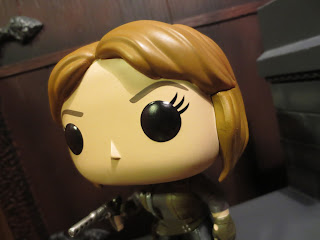 * Again, somehow Funko just nails the look of a character with only the smallest of details over a largely standard head style. Yeah, I know "objectively" that this looks nothing like Felicity Jones, but in the context? Somehow Funko's style makes this look exactly like her. I know it's a mental trick, but it works. 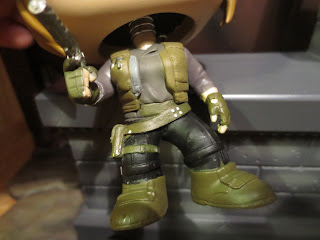 * I love Jyn's outfit. Honestly, if I could wear something like this every day of my life, I'd be happy. It's just so cool and rugged and lived in, and she pulls it off so darn well. Funko captured all of the cool details such as the mechanics vest, the fingerless gloves, and the comlink in the right breast pocket. It's a great sculpt with clean paint applications. 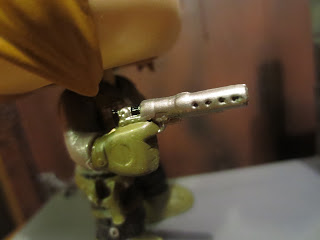 * Jyn's packing the Blastech A-180 she "requisitions" from the Rebel base. It's a cool looking pistol and Funko has done an admirable job of sculpting and painting it. She's also sporting an empty holster where the pistol would be stored. 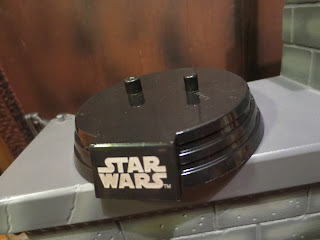 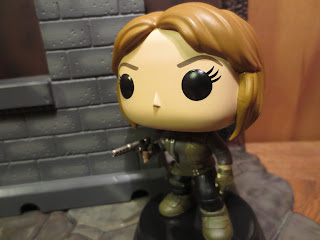 Jyn's another really good POP! from Funko. I'm loving their work on the Star Wars license this year and, while Funko's POP! vinyls aren't everyone's cup of tea, I think any Star Wars fan can appreciate the character depth that Funko seems to be going for. Jyn Erso nails everything that a POP! needs to to be great, and I think she's easily a Great and a 1/2 POP! due to her excellent detail. Check her out if you're looking for a good, fun representation of the star of Rogue One.