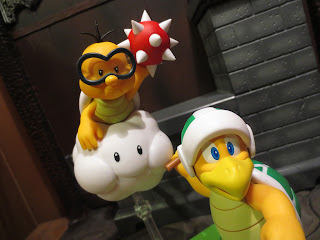 Today I'm looking at the last item from my Christmas Haul 2016 and it's a pretty good one. It's Diorama Playset E from the S.H. Figuarts Super Mario Bros. line by Bandai. Yeah, Diorama Playset E sounds pretty boring, but trust me: It's not! This set actually includes three villains that are intended to be used with the S.H. Figuarts Super Mario Bros. figures: Lakitu, a Spiny, and a Hammer Bro. While I don't own any figures from S.H. Figuarts' Super Mario Bros. line, I do own most releases from Jakks Pacific's World of Nintendo line, and I think these pair up really nicely with those releases. Jakks hasn't released any of these enemies in the line yet, so this is a good option to add them to my collection. As someone who has always wanted Nintendo action figures, specifically from Super Mario Bros., these really seem quite magical. I love this set! Let's take a closer look at it after the break... 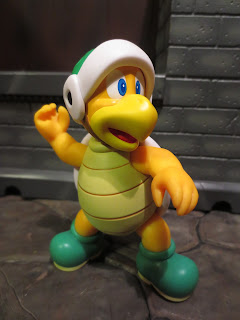 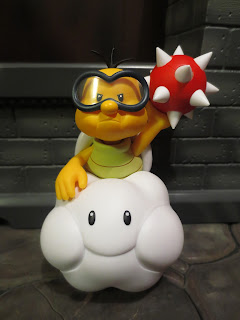 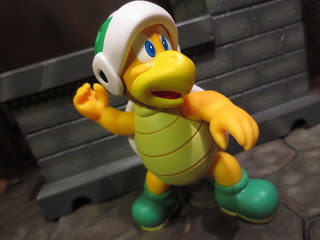 * Holy smokes! This Hammer Bros. looks amazing, doesn't he? Bandai seems to be using the character appearances from New Super Mario Bros. for inspiration and this guy looks like he just hopped out of my Nintendo DS! The sculpt is perfect! 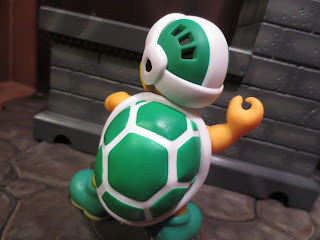 * The paint work on this guy is really bright, bold, and colorful. In that sense, he fits in really well with Jakks' World of Nintendo figures. The paintwork is really clean and just looks fantastic. Again, I think the figures in this set look very much like their New Super Mario Bros. counterparts. 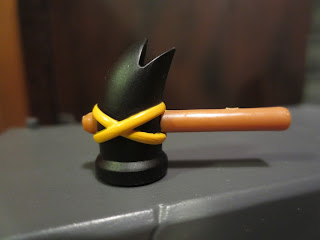 * The Hammer Bro. just wouldn't be complete without his hammer, would he? He includes his nifty cool hammer and it's easily removable so you can toss it at anyone you like. Don't really, though. That's now how you make friends. Well, not the kind of friends you want to make. If you have someone approach you who wants you to hit them with a hammer, do not get involved with them. They'll be nothing but trouble. 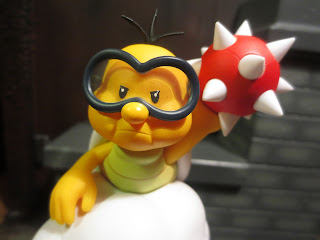 * Now let's check out Lakitu. My gosh, he looks perfect, doesn't he? This Koopa just absolutely looks like he stepped out of a New Super Mario Bros. That facial expression, the thin strands of hair, and the goggles are incredible. The goggles actually have a translucent lens and they look perfect! Also, he's carrying one of the Spiny Eggs that he tosses at Mario and Luigi. It's not removable, but it sure looks nifty. 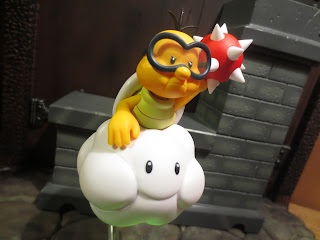 * Hey! Lakitu also comes floating in his cloud! The cloud looks really nice and puffy and Lakitu looks awesome sitting in it. I love how Bandai handled the eyes. Nintendo eyes just have a certain look about them, and Bandai nailed it. 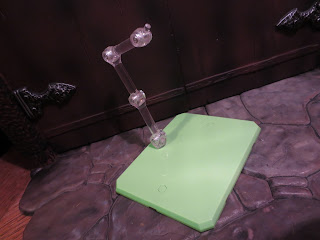 * To give you some posing variety, this set also comes with a display base and an articulated arm. The display base has three places where the arm can be plugged in (and two plugs to cover up the unused holes) and is molded in a bright green plastic. It's much brighter than my picture makes it look. The arm has four hinge joints to help add some height to the various things that can be made to "float" with it. What can this thing do? Let's find out! 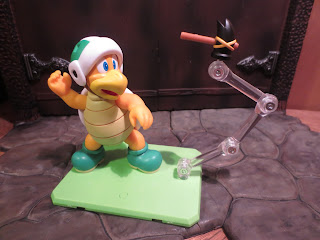 * First, and probably my favorite function of the articulated floating arm, you can attach the Hammer Bro.'s hammer to the arm to make it look like it's flying through the hair. Is this not amazing? I discovered this a few minutes after opening the set up on Christmas afternoon and was just blown away. The Bandai that makes these works of art surely isn't the same Bandai that's making the new Power Rangers movie toys that are absolutely hideous, right? 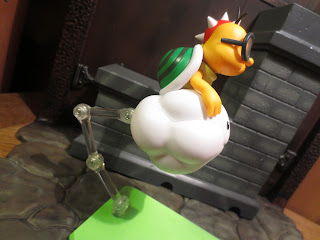 * Or you can use the floating arm to help Lakitu hover around in his cloud above the battlefield. The joints are really tight on this, so Lakitu and his cloud can hover safely without fear of falling. This just looks incredible, doesn't it? 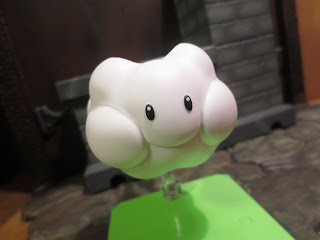 * Guess what else you can do with this set? Lakitu can be removed from the crowd. While I don't think Mario could fit in here, you still have a cool Nintendoesque cloud floating around. 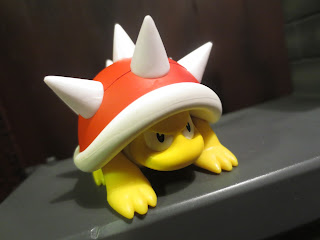 * How cool is it that this set also comes with a Spiny? These are the little guys that Lakitu tosses out. I remember how crazy and dangerous these guys seemed back when I first encountered them in Super Mario Bros. on my NES. It was unreal to me that they could be dropped from the sky! The sculpt is just awesome on this guy! Look at those eyes and that facial expression! He knows he's bad. He knows. 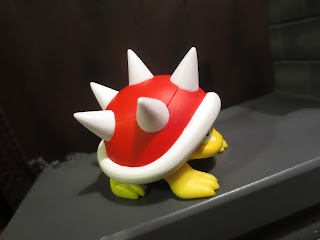 * Spiny's paint work is really sharp. Oh, and want to know what else is sharp? His spikes! My gosh, I cannot even imagine the pain of stepping on this thing without shoes on. That's why I keep my toys safely up on shelves. 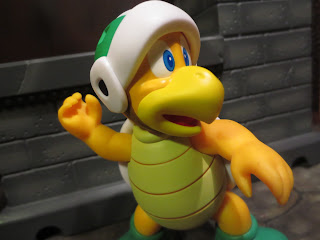 * Looking at this guy, I really think Bandai could have sneaked a little articulation in this guy. Maybe a ball jointed head and some swivel/hinge shoulders, at least. The set is kind of pricey and something like that could have softened the blow a bit. 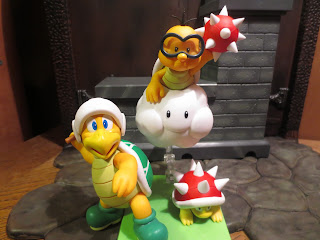 I know that this is technically just an accessory set, but my gosh am I loving it. I love these characters and I'm thrilled to integrate them in with my beloved World of Nintendo line. While they're not at all articulated, the beautiful sculpts and dynamic poses definitely look great on display. I think that if McFarlane Toys had made Nintendo figures during their glory years, this is kind of what we would have received. And I'm not complaining. These look great on the shelf and complement the rest of your toys well. Absolutely Epic and one of my favorite releases of the year.

I haven't reviewed any other figures from the S.H. Figuarts Super Mario Bros. Line but I have reviewed some other Koopas from Jakks Pacific's World of Nitnendo line: