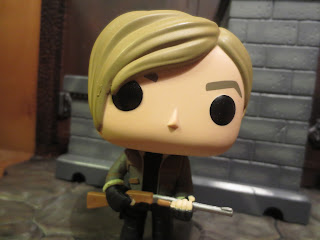 Last night I headed out to my local GameStop to pick up Resident Evil 7 for my X-Box One. I'll probably share my thought on the game at a later date but right now I want to talk about another POP! vinyl from Funko's first series of Resident Evil releases: Leon Kennedy! Wearing the outfit he starts off with in Resident Evil 4 and carrying the standard shotgun, this is a pretty cool and recognizable incarnation of Leon. Let's take a closer look at him after the break... 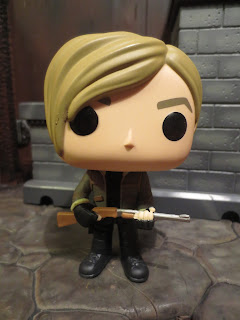 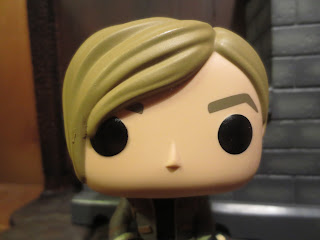 * Just the hair should tell you that this is Leon. Funko somehow manages to nail a character's appearance through some very simple details and Leon's trademarked hair is all they need to capture his likenesss. 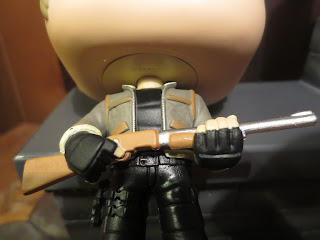 * Leon's carrying a shotgun, one of the standard weapons of the Resident Evil franchise. It's a pretty nice sculpt with some decent paintwork, too. It definitely gives the POP! more presence, so I'm all about it. 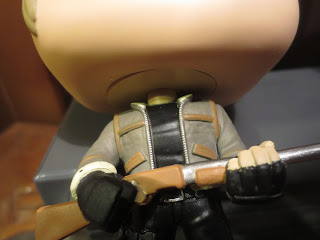 * Leon's outfit is rendered pretty nicely here. The detail and paintwork is really quite impressive, especially the edges of the pockets and the zipper. 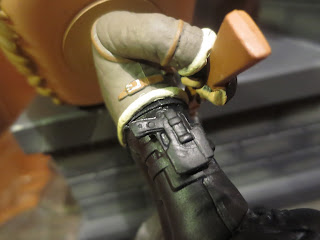 * Leon's also packing some additional heat in the form of the pistol on his right hip. It's sculpted permanently in the tactical holster, but it looks pretty slick. 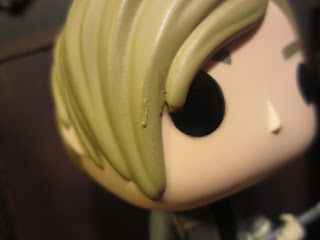 
* Leon's got some gloppy stuff in his hair and I don't think it's gel or las plagas slime: It looks like some gloppy paintwork. Nothing terrible; just a minor quality control issue. 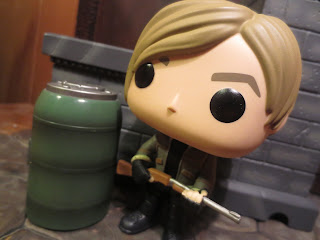 Leon's another Good and a 1/2 POP! in this series. For non-fans or casual fans of the series he's probably not worth a buy, but anyone who recognizes him or who considers themselves a fan just may want to pick him up. He's one of the main crew in the games and this is one of his most recognizable outfits. Hopefully we'll get his Racoon Police Department outfit at some point in the future, but, for now, this will do.