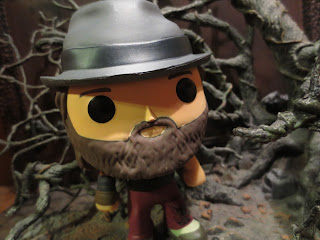 Today my Christmas haul for 2016 continues with a look at one of the WWE POP! figures: Bray Wyatt! I'm a huge fan of Bray Wyatt and this figure was a welcome surprise in my stocking. Let's take a closer look at him, shall we? 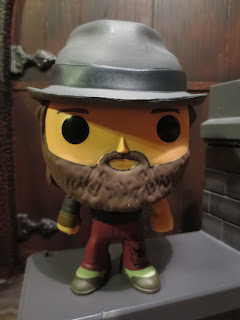 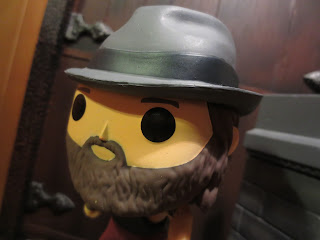 * For a POP!, this definitely captures two identifying aspects of Bray Wyatt: His massive beard and his hats. The beard has a decent amount of detail. My guess is that most WWE fans would recognize him right away. Non-fans are going to wonder if this is a cast member from Duck Dynasty, though. 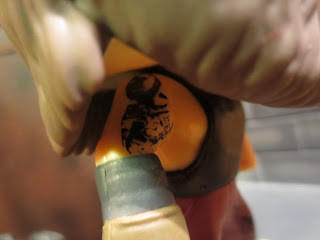 * They're not spot on or anything, but it is pretty cool that Funko gave Bray some basic tattoos. They're definitely a part of the whole wrestling persona and they add a bit more character to the figure. 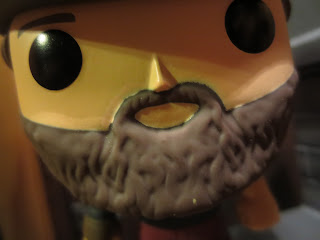 
* The paint on Bray's beard is kind of messy, both on the edges and on a few spots in the middle. If there's one thing the New Face of Fear hates, it's toy companies not getting his beard right. 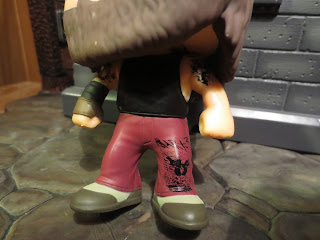 * This is definitely a outfit Bray Wyatt has worn, but it's a bit dull and not that recognizable. Why not go with the trademark floral shirt we wore for a number of years? Or at least one of his newer vests? The black shirt and red pants just don't stand out. At the very least, Funko should have given Bray his lantern. Bray Wyatt always uses the lantern in his entrance and it's absolutely one of the first things anyone associates with him. I feel like this guy is missing some details that really would have helped him stand out. 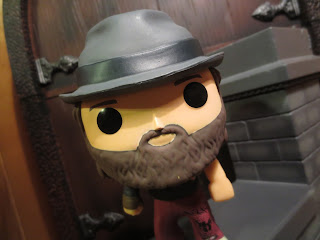 To be honest, I feel like Bray Wyatt is a pretty Eh POP! vinyl. It just doesn't feel like Funko put much effort into him, which is a real shame. Seriously, including his floral shirt or one of his vests along with his lantern would have greatly improved this figure. The lack of the lantern is just mind boggling to me. That'd be like Sting without his ball bat or Jake the Snake without Damien. You just don't do that, you know?