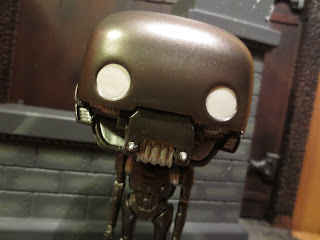 It seems that most people who have seen Rogue One have walked out proclaiming K-2SO as their favorite character. The blunt, menacing reprogrammed droid managed to be quite the show stealer thanks to the excellent vocal work and mannerisms of Alan Tudyk (he was motion captured for the role). I received quite a few Star Wars POP! vinyls for Christmas and K-2SO was one of them. Let's take a closer look at this tall guy, shall we? 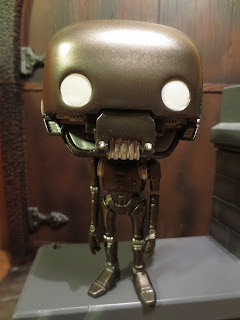 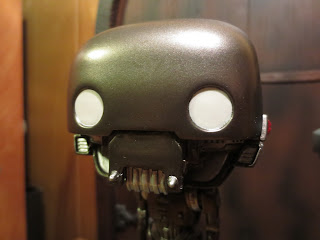 
* K-2SO's white eyes really stand out! This is a cool sculpt that nicely blends the POP! aesthetic with a solid sculpt of the droid. 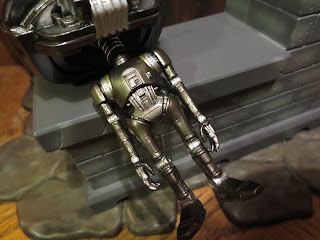 * K-2SO is built quite differently from most other POP! vinyls in the Star Wars line: He's taller and much more slender. 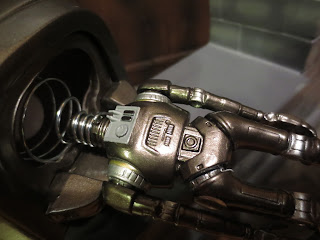 * K-2SO looks pretty slick from behind, too. I love the metallic paint and all of the detail here. Heck, you can even see where K-2SO's joints are on his spindly arms and legs. Fantastic! 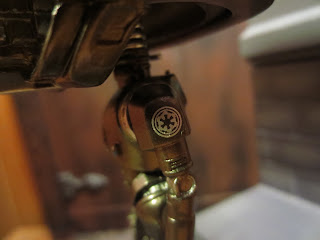 *  K-2SO has stamps on his left and right shoulders displaying the Imperial cog. The stamp is really neat and clean, even more so than on Hasbro's Black Series figure. 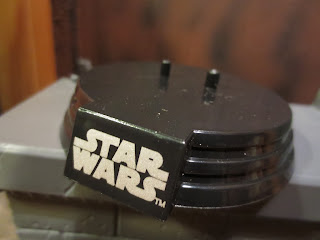 * Like the other Star Wars POP! vinyls, Chirrut Imwe comes with a display stand. I love these things and I wish all of the various POP! licenses had similar stands. They make for nice display pieces and they help keep the figures from tipping over, especially on a tall, thin figure like K-2SO. 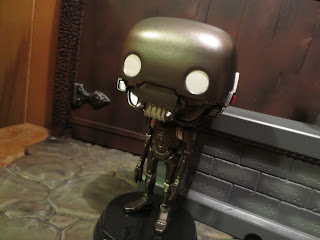 K-2SO is a really impressive POP! vinyl. He's an excellent depiction of the character and he has a very unique appearance. The level of detail is excellent, as it the paint work. I'm continually impressed by the work that Funko puts into this line. K-2SO is a Great and a 1/2 POP! and another fine addition to my collection. As I'm wrapping up my 2016 reviews over the next week or two, I'm feeling pretty confident that Funko's POP! Star Wars line is going to be on my top 10 list of my favorite lines to collect for last year, and that's due to great releases like this!


If you're looking for another K-2SO review, check out my review of the Black Series K-2SO figure from Hasbro. For more POP! Star Wars reviews, check out the following: