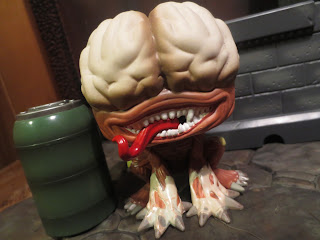 One weekend in early December 1998, my uncle and two of my cousins visited our house. My cousins brought their PlayStation with them and I definitely remember convincing my mother to take us to Blockbuster to rent a video game. Having played a few minutes of Resident Evil at another cousin's house during the summer, I was eager for this chance to play through the game. I only had an N64 at the time and was really trying to decide if I needed a PlayStation as well. Unfortunately, Blockbusters' copy of Resident Evil didn't work properly. Resident Evil 2 did, though, and I was greeted with what some might call the high point of the franchise. Resident Evil 2 is still and incredible game and one of the craziest moments early on occurs when you first encounter the terrifying Licker. Nearly 20 years later, that's still a really, really cool scene. Funko has included a POP! of the Licker in their first series of Resident Evil POP! vinyls and I had to have one. Let's check out this terrifying little guy after the break... 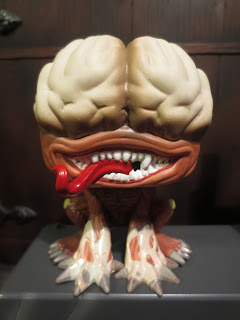 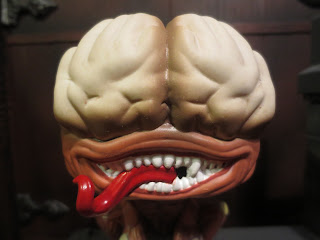 
* What a face! Is this not a really creeping POP1 vinyl? I love the eyeless look of these guys. Great work on the sulci and gyri on the brains. Nice paintwork, too. 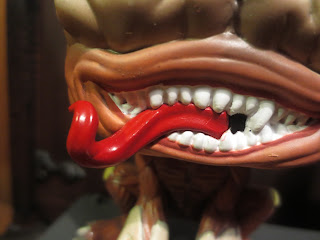 * Look a bit closer and you can see some really sharp little teeth and a terrifying tongue! I love this! So weird and creepy! 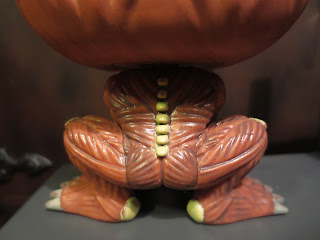 * The sculpting and paintwork on the Licker's back is really cool. That creepy spine visible alongside all of the muscle and stuff just looks really disturbing. 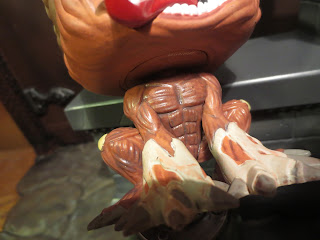 * The Licker's body sculpt and paint is just really impressive for a POP! vinyl. There's some great work here. While I really want to see a toy company give us a robust, modern Resident Evil line, seeing Funko put out some new product definitely warms my heart to some extent. You know. That heartwarming feeling of new zombie and monster toys. 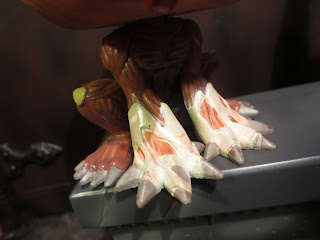 * The Licker's have wicked sharp claws and Funko has captured the ferocious nature of these creatures' sharp and pointy hands. Yikes! 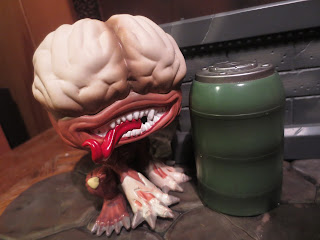 This is an impressive little POP! I'm a big fan of the Resident Evil B.O.W.s, particularly those from the earlier games, and having this guy in the form of a cute and collectible POP! is just outstanding. This is a really unique POP! and is definitely one of figures in the first series I would recommend most highly. The paintwork and sculpt is just awesome and really shows the great work Funko can do when give the chance to do something a bit out of the ordinary. This is a Great and a 1/2 POP! vinyl and well worth picking up.

I have reviewed a couple of other Licker action figures: The Toy Biz two-pack of Leon S. Kennedy & Licker and NECA's take on the Licker from the Resident Evil: 10th Anniversary Collection. If you're looking for more Resident Evil POP! vinyls, check out the following: