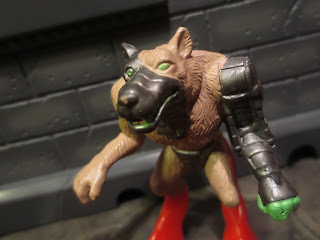 Today I'm looking at an older minifigure from my collection: Junker from Galoob's 1991 minifigure line the Trash Bag Bunch. What's really special about this guy, other than the obvious fact that he's a cybernetically enhanced werewolf, is that this guy right here was the first Trash Bag Bunch figure I ever owned. My parents purchased him for me at a K-Mart back in 1991 and something about this guy has helped him stick around in my toy collection for 26 years now. Yeesh! Junker is an incredibly cool minifigure and a real winner in this line. Let's take a closer look at this villainous beast after the break... 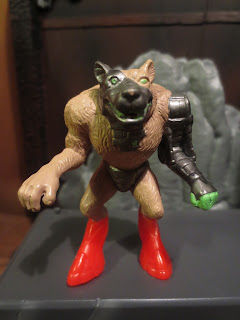 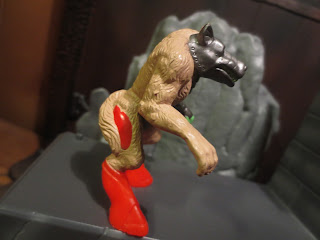 *Junker is incredible. He's crazy, man. As a cybernetic wolfman he's loaded with weirdness. He's a pretty cool looking werewolf on his own, but the orange armored boots (ultra light to help him run even faster, but also give him more distance in sprinting and pouncing) and the red panels on his hips (extra apps inside there to give him heightened senses) just push this guy over the top. 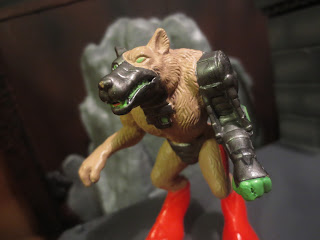 * This guy is just covered with wicked details such as the cool mechanical left arm (with neon green claws) and the cybernetic snout. I mean, if a werewolf is pretty awesome on it's own, wouldn't robot parts just automatically make him more awesome. I imagine that Junker is all about this. He's probably like Karl Ruprecht Kroenen from Hellboy in that, rather than having a surgery fetish, Junker wants more and more mechanical parts to overcome whatever he perceives as weaknesses. He's also got his junk protected. You know. Cause he's seen Monster Squad. 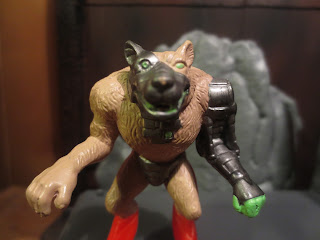 It's not even fair of me to give old Junker an Epic rating, because I have so much love for this guy. He's just such a classic part of my toy collection and I love him dearly. He's clearly the insane predator of the Trashors group; a loose cannon who plays by nobody's rules. Not even his own. He's one of the best designs in the entire Trash Bag Bunch series.


I've been reviewing Trash Bag Bunch figures off and on for a few years now. Check out some of these other figures: