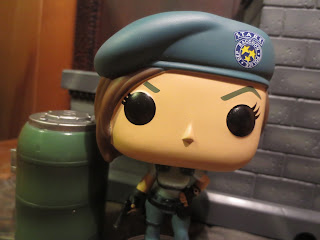 I'm planning on reviewing all of the figures in Funko's new Resident Evil releases. Being a huge Resident Evil fan, I cannot wait to see if this line picks up some steam. It's nice to get Jill in her classic outfit from the original game as part of the first series of POP! figures. Jill's absolutely one of the main protagonists in the series (and the first returning protagonist, having starred in Resident Evil 3: Nemesis) so her star power can't be ignored. She's also the butt of some of the infamous jokes in the series thanks to Barry Burton. Even if you've never played the game, you've heard people joke about a "Jill Sandwich" or "The Master of Unlocking." The first Resident Evil is a unique game and a classic, thanks in part to it's B-movie dialogue, and Jill might never live that down. Let's take a closer look at this POP!, shall we? More survival horror after the break... 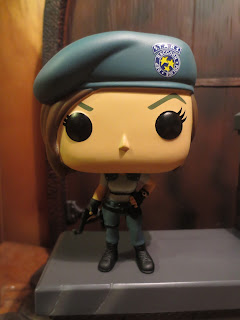 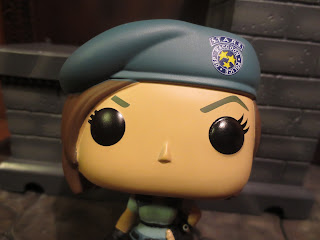 
* Jill has a great portrait. The most obvious things that helps you to recognize her as Jill is the stylish blue beret (berets were very big in the mid 90s) and it fortunately looks pretty cool. 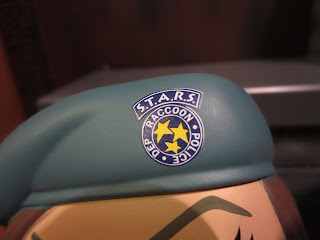 * The S.T.A.R.S. logo on Jill's beret looks awesome. The printing is very neat and clean! 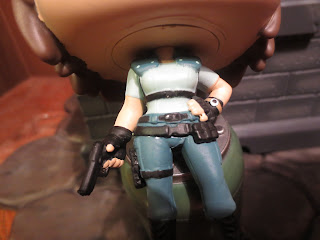 * Jill's body has a great sculpt. She's wearing her classic costume from the original Resident Evil (and the remake on GameCube) and she's packing her S.T.A.R.S. issued Beretta 9mm. She's also got a visible watch, a pistol belt with some containers for extra magazines, and a tactical holster. 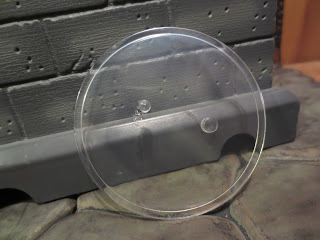 * Since she's a bit smaller and somewhat likely to tip over, Jill includes a translucent plastic stand. It's always nice when these figures have a solid way to stay standing, so I appreciate these. I kind of wish every figure came with something similar, or even a display base like the Star Wars POP! vinyls. 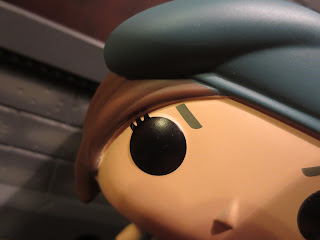 
* For being at simply sculpted as they are, I'm noticing that some of the POP! vinyls have some sloppy paintwork on the faces. Jill's hair and her beret have a bit of paint bleed on them. 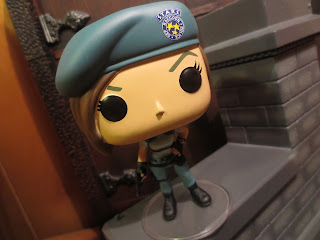 If you're not a fan of Resident Evil, this Jill Valentine POP! isn't going to do much for you. If you are a fan, though, then you could probably identify the stylized take on the character from a mile away. It's really exciting that we're getting these. Jill's a Good and a 1/2 POP! and well worth picking up for collectors of Resident Evil stuff. I'm hoping that at some point in the future we get a few other versions of her as well, particularly her RE5 and Nemesis looks.

If you're a fan of Jill Valentine, you might be interested in checking out a review of the older Toy Biz Jill Valentine & Web Spinner I wrote a few years back. If you're looking for more Resident Evil POP! vinyls, check out the following: