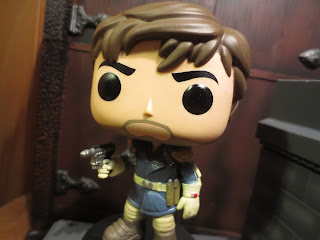 The entire Rogue One cast just worked for me and I'm heartbroken that we're not going to be seeing this crew in any further endeavors. Diego Luna's Cassian Andor was a really compelling character. He's part of the Rebellion, so he's definitely a "good guy," but he also flat up kills one of his contacts early in the film. I really felt like Cassian Andor and Jyn Erso were inspired by Kyle Katarn and Jan Ors from Star Wars: Dark Forces and I had hopes that we'd see these two characters become deep undercover operatives for the Rebellion. Well, that's not happening, is it? Anyways, let's take a look at this cool Captain Cassian Andor POP! vinyl that I received for Christmas, shall we? More Rogue One goodness after the break... 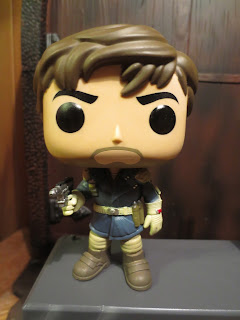 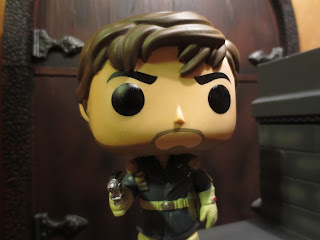 * While Funko POP! vinyls uses a pretty stylized appearance, this does kind of look a good bit like Diego Luna, doesn't it? The hair looks right, as does the light beard. I'm digging it. 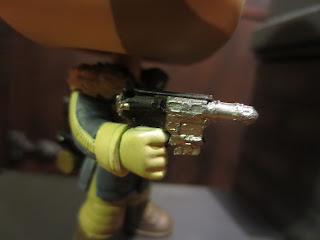 * Cassian's BlasTech A280-CFE is an incredible looking pistol. I love that weapon and it's cool to see that Funko has lovingly rendered the little death dealer so accurately here. 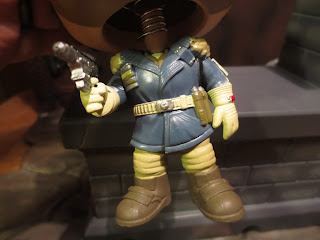 * Cassian's outfit is pretty slick. It's definitely designed for a harsh climate and bears some similarities to Han's outfit on Hoth. While Hasbro has called this the Eadu outfit, it definitely is the outfit Cassian wears on Jedha, right? Anways, Funko has nailed this look, so props to them. 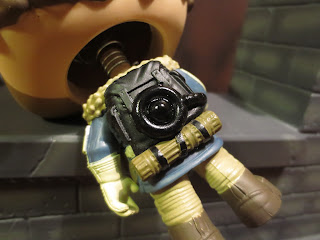 * Check out the cool backpack Cassian's sporting. I love little details like this. 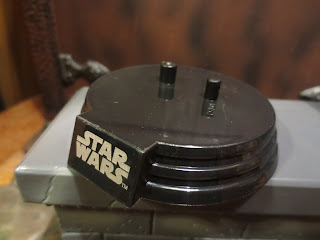 * Like the other Star Wars POP! vinyls, Cassian Andor comes with a display stand. I love these things and I wish all of the various POP! licenses had similar stands. They make for nice display pieces and they help keep the figures from tipping over. 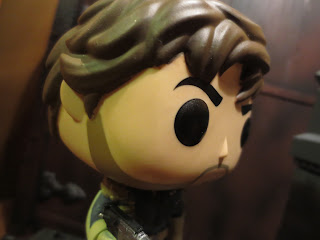 * The hairline is a bit messy on the figure. Not the style, I mean: The paintwork. It's a bit messy in spots. Usually Funko has some pretty tight paint apps on these, so I'm guessing it's just a simple QA error. 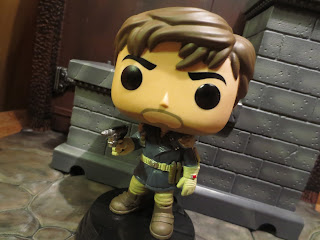 While I have a few minor nitpicks, this is a pretty Great POP! vinyl. The outfit and blaster look terrific, the headsculpt is pretty impressive, and I'm still a big fan of the stands included with these. I really dig this outfit and I'm happy to add him to my shelf. Not a must own POP!, but one I was happy to receive as a Christmas present.

If you're looking for a couple more reviews of Cassian Andor figures, check out my reviews of two Black Series figures from Hasbro: the Eadu version of Captain Cassian Andor and the plain jacketed Cassian from the Target 3-pack.

For more POP! Star Wars vinyls, check out the following: