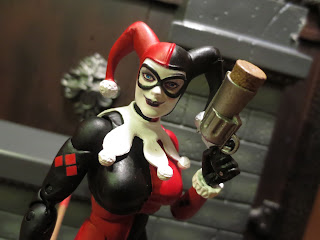 Has Harley Quinn ever been more popular than she is right now? I don't think so and, to celebrate the character, I have yet another review of a Harley Quinn action figure ready for your reading pleasure! Today I'm looking at Harley Quinn from DC Collectibles' DC Comics Icons line. This line was released at the end of last year and is slowly putting out a pretty impressive series of 6 inch action figures that are both incredibly durable and extremely well articulated. These are way different from what you typically expect from DC Collectibles but the fans seem to love them; DC Collectibles showed off quite a few more upcoming releases at SDCC 2016 last month. Each figure in this series is based on a popular or significant comic storyline for the character and Harley is based off of her appearance in No Man's Land, the 1999 Batman crossover event that included Harley Quinn's first appearance in mainstream DC Comics continuity. While I tend to think of Hush when considering the best appearance of Harley in her classic outfit, No Man's Land works too. Ready for a closer look at the Clown Princess of Crime? Then join me after the break... 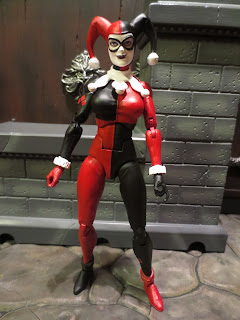 Accessories: Mallet, pistol, and 5 interchangeable hands: A pair of fists, a pair of grips, and a left-handed pistol grip. 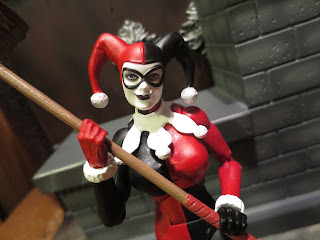 * DC Icons has incredible articulation. The ball jointed head, double hinged elbows, and ball-jointed upper torso, along with all of the other joints you would typically expect, allow for some excellent posing opportunities. The articulation feels very sturdy, too. Again, as I said in my review of the Icons Batman, this figure actually feels sturdier and more suited for play than most of what Mattel and Hasbro are putting out. Exceptional! 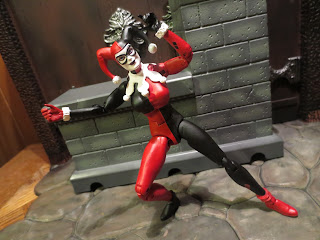 * Harley's body sculpt is excellent. The sculpt actually looks like a fairly agile adult female wearing a tight bodysuit (there are folds and wrinkles sculpted) rather than just being painted on. DC Collectibles is going with unique bodies here for each figure and their attention to making each character feel distinct really shows. The paintwork on the costume is quite nice with a good, clean separation between the reds and blacks. 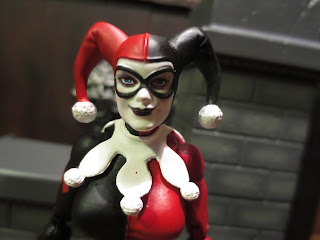 * This is an excellent classic Harley Quinn sculpt. It's just perfect! The eyes, the smile, the facial structure: This looks exactly like what you probably think of when you first hear the words "Harley Quinn." The elements of her jester's outfit are really nicely done, too. There haven't been that many Harley Quinn figures depicting her classic look (the ones that come to mind for me are the DC Direct Hush figure, the DC Universe Classics series 2 Harley, and the original New Batman Adventures figure) and this one is now the definitive figure in the 6-7 inch scale. 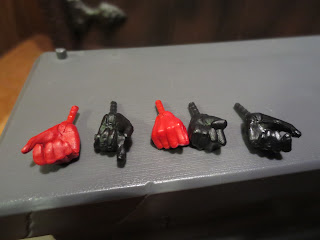 * I'm a big fan of extra hands and Harley has a nice assortment. Two are simple fists, two are standard grips (they hold the mallet really well), and one is a left hand posed in a pistol grip. While these look thin they swap out really easily and feel pretty sturdy. It's nice to have some alternate hands so that Harley can really hold each of her accessories properly. She can look amazing when given the right pose, the right hands, and the right instrument of destruction. 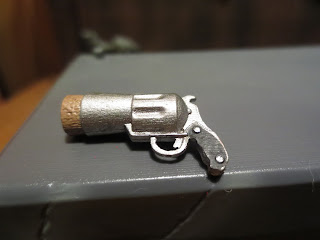 *  Harley's popgun pistol is a pretty classic weapon for the character, particularly during her early years. The sculpt is nice (that cork at the end really looks like a cork!) and it fits really snugly in her left hand. 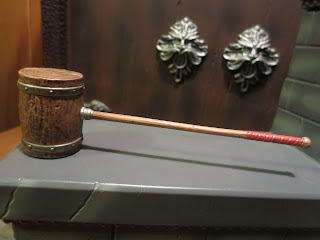 *Could a classic Harley Quinn figure ever not include her trusty mallet? This is a pretty simple mallet (it doesn't have any crazy writing on it or anything) but it looks impressive. The wooden head has a nice texture to it and some great paint effects while the handle has a red tape wrap around the handle which not only looks nicer but helps give the figure a firmer grip. 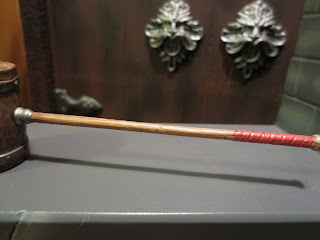 * Of course, one of the problems you have when you have a long, thin handled accessory is that it can have the tendency to warp if it's too soft or it can be too brittle if it's too rigid. I haven't had any problems with this handle but I will say, simply as a warning, that I could see this handle snapping if you're not careful. Be careful with Harley's toy! You wouldn't want her to get angry at you. 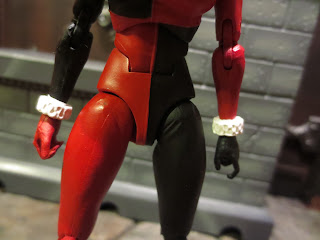 * Harley's hips are the only part of the figure I have any problem with: They're really tight and don't lend themselves to posing well. They look fine but they seem like they're just not as well thought out as everything else on the figure. It's tough to get a lot of forward and backwards movement out of them (getting wider stances isn't much of a problem, though). 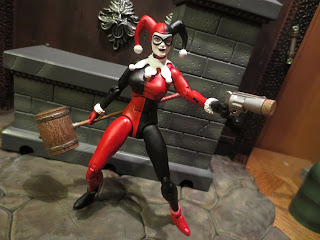 Wow oh wow! This is a Great and a 1/2 Harley Quinn figure! I feel like we're in the middle of a Harley Quinn monsoon with all of the Suicide Squad figures out right now (plus the upcoming Darwyn Cooke, Amanda Connors, and Ant Lucia inspired offerings) but this one stands out for being classic and doing everything so well. While an extra accessory or two would have been welcome, she's still a worthy grab and should fit in well with a number of 6 inch scaled Batman lines. I'm totally digging this series and I can't wait for the Icons Joker and Batgirl to add more figures to the collection! 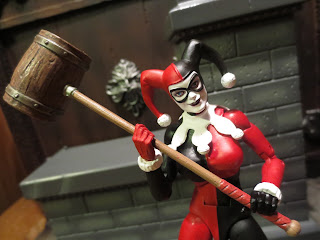 I've also reviewed the Last Rites Batman from DC Comics Icons, too!
Posted by Barbecue17 at 8/16/2016