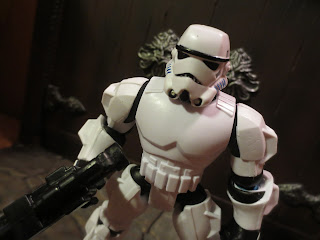 This is it! The last of my Force Friday purchases! Today I'm looking at the Stormtrooper from the new Star Wars Hero Mashers series by Hasbro. Hasbro has released a nice collection of figures that have all been pretty good. It's not a perfect series of toys but the unique style, variety of characters, and fun designs definitely make them a interesting Star Wars collectible. While it seems like Hasbro has more characters to release soon, let's take a look at the last of the first series single carded characters. I bet nobody will visit this review page, though. You know why? Cause Stormtroopers can never get any hits!!! Zing! More fun after the break... 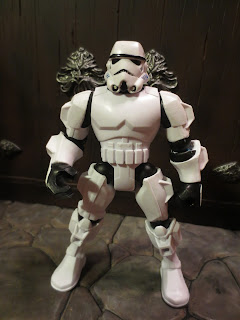 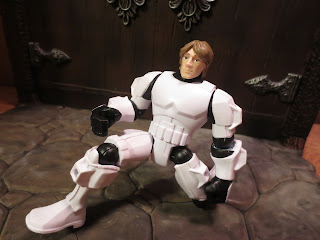 * The Stormtrooper might be one of the most fun figures to mash with other characters. Want Luke or Han in Stormtrooper gear? Just pop off the Stromtrooper's head, pop on your hero of choice's noggin, and you're good to go! Viva la rebellion! 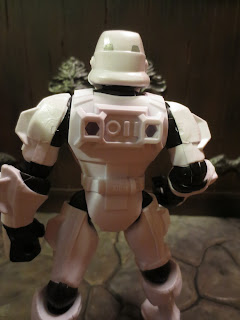 * The sculpts on these figures aren't bad at all. They're really fun and they actually have a fair amount of detail. The Stormtrooper looks great, particularly all of the cool details on his back. See the doughnut and Twinkies? Still there, despite the more kid friendly style. 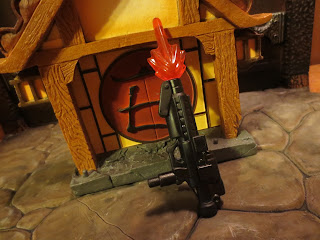 I love the look of the blasters in this line. While I wish they had removable blast effects and pegs on the sides of the weapons (not just on the bottom of the handles), they're still really fun. I love blast effects on action figures and I'm glad to see them here. 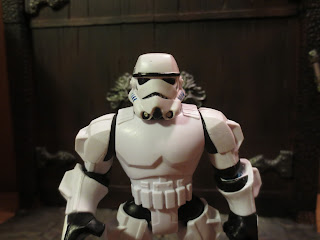 *Overall I like the aesthetics of this line but, for some reason, I feel like this Stormtrooper has a really, really small head. Like, laughably small. Like, "that's no head that's a cue ball" small. Isn't his head a little small for a Stormtrooper? Utterly bizarre. 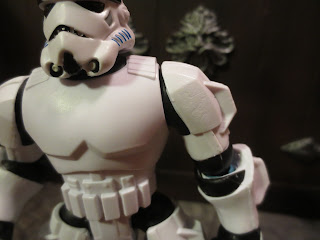 * It would be a Star Wars Hero Mashers review if I didn't mention the limited articulation of the shoulders, would it? When every other join is basically a swivel/hinge joint, swivel shoulders just seem so lacking. 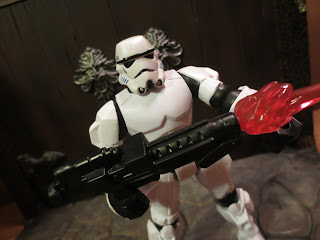 The Stormtrooper isn't one of my favorite figures in this line. He's not terrible but I really cannot get over his oddly tiny head. It doesn't look terrible on anyone else but on the Stormtrooper it just seems very, very noticeable. The sculpt is still good, though, and he's still a fun toy. I'll give him  Good rating as he's definitely the definition of an average figure int his line.

Along with plenty of other Star Wars stuff: