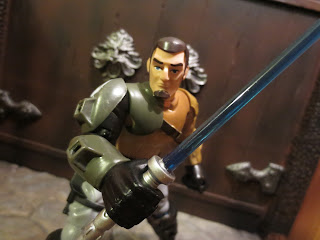 I can't believe it's October and I'm still going through my Force Friday reviews! Part of that is due to all of the preparation for 31 Days of Toy Terror and part is due to the sheer number of Star Wars Mashers I bought on Force Friday. I'm trying to catch up, though, and today I'm looking at another basic figure in this line: Kanan Jarrus. From the TV series Rebels, Kanan is one of the Lothal Rebels fighting against the Empire prior to the events of the original trilogy. Is anyone else starting to get nervous wondering what is going to happen with the Rebels cast? We haven't seen them in any of the books or comics taking place during or after the original films yet, so they're quite mysterious for now. I'm really hoping that the solution isn't to kill all of them off in the end as I've grown rather fond of them and I want them to appear in other media. Of course, if they appear in other media that can spoil some of the tension from the ongoing show. While I contemplate this dilemma, you should read more about Kanan Jarrus... 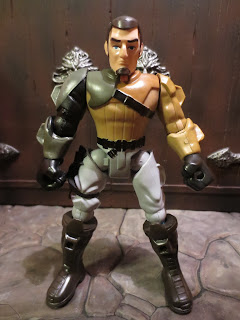 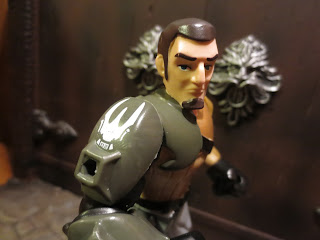 * Kanan doesn't have the most unique facial appearance in the world but this figure looks like him and thus is recognizable. His armor is pretty cool, however, and reminds me a lot of Kyle Katarn from the Expanded Universe (now Star Wars Legends). It's the cool, casual look with just a bit of armor, I believe. You know, if Hasbro releases an Episode 3 Obi-Wan you could definitely mash him with this figure to make Kyle. I really want Kyle Katarn, jan Ors, and Shadows of the Empire to come back into canon. That's what I'm saying. 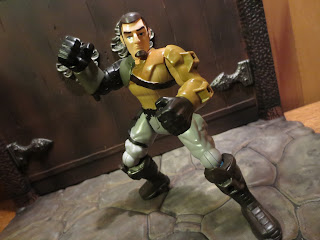 * I'm still having fun with these figures and love mashing them together to make more crazy combinations. Kanan is an extremely playable toy and feels very durable. These guys could take some punishment from younger collectors, I believe. 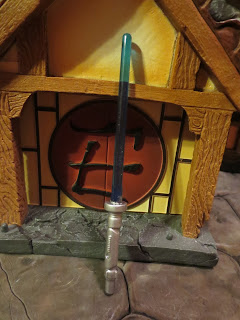 *Kanan has a somewhat unique looking lightsaber and Hasbro has done an admirable job of recreating it in the simpler Mashers style. It's a sturdy, nice looking blade that can fit in his left or right hand. 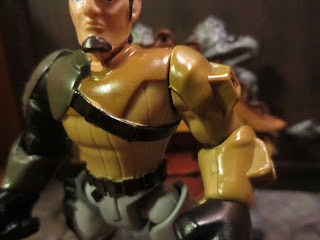 *This figure would be even more fun if Kanan had swivel/hinge joints on his shoulders rather than just plain swivels. He'd definitely be able to take on far more lightsaber stances, and isn't that what you really want from a Jedi figure? 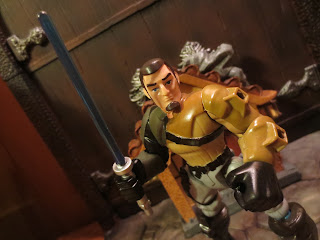 I really hope that Hasbro continues to deliver with this line and that we get the main Rebels cast (and Fulcrum!) in this range. So far Hasbro hasn't released any females in any of their Mashers lines (unless you count the dinosaurs from Jurassic World) but hopefully Star Wars will be the line that breaks Hasbro's trend. Kanan is a Good and a 1/2 figure and definitely adds a lot to this line. How cool is it that this line already pulls from the Original Trilogy, the Prequels, Clone Wars, and Rebels? It's really quite incredible!


If you're looking for more of Kanan, I've also reviewed the Saga Legends Kanan Jarrus.

And plenty of other Star Wars stuff: