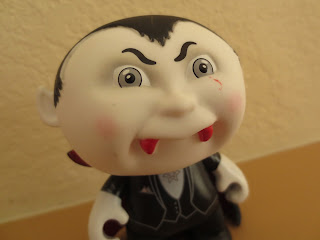 Blood is a normal, natural part of life. Why does the sight of it terrify us so much? While we need it coursing through our veins in order to live, the thought of someone or something feasting on it is rather unsettling...

Today for 31 Days of Toy Terror Returns I'm looking at another terrifying toy: Nasty Nick from Funko's Garbage Pail Kids! Nasty Nick is a vampire. Actually, he's a very classic looking vampire. He's got the black suit, the cape, the widows peak, and the medallion. The only somewhat non-classic element he has are that his fangs are red and not black. Perhaps they're covered in blood? Anyways, let's take a look at this guy, shall we? After the break... 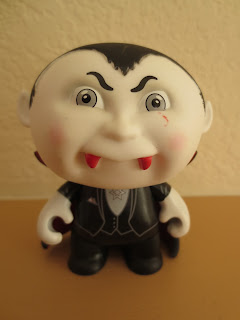 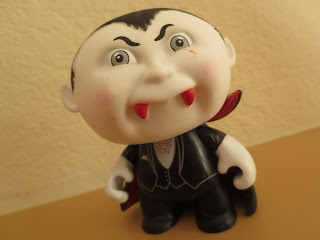 * As I mentioned above, this is a pretty standard looking vampire. I imagine that for folks who love collecting Dracula themed items this would be a pretty desirable item for the collection. This Garbage Pail Kid looks like a kid in a Halloween costume that we see every year. 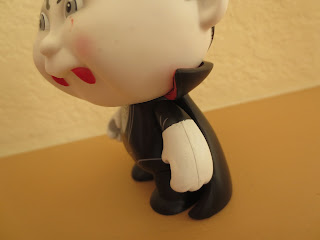 * I like that the cape is a separate piece. It's not removable but it does stand out from the body and give the costume some depth. It looks great and doesn't put the figure off balance. 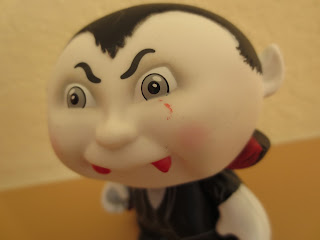 * My Nasty Nick has an errant paint scuff on his left cheek. If you're ever the optimist you could pretend that this is just a stray bit of blood but, considering how clean the paintwork is everywhere else, I'm calling it what it is: Slop. 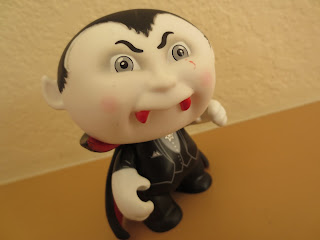 Nasty Nick is quite cool. He's not as unique or crazy as some of the Garbage Pail Kids but who can deny the coolness of a classic vampire? The original Nasty Nick card showed Nick about to attack a victim: A Barbie doll. Thinking about it, that would have been a pretty cool accessory. That or the bat that was flapping around him. As it stands, this is a fun Mystery Mini but not one that stands out as much as some others. Overall, this is a Good and a 1/2 figure and definitely worth picking up for vampire fans.