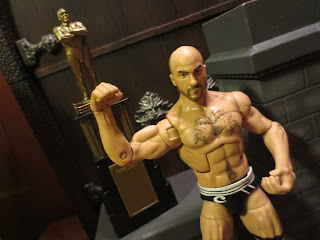 In the aftermath of WWE's Hell in a Cell last night, today Action Figure Barbecue is turning into the Cesaro Section! I really like Cesaro. He's a great wrestler who just needs a bit more of a push. I liked his tag team efforts with Tyson Kidd and I loved his far too brief feud with Kevin Owens this past summer. He was doing great with the Owens feud but that story didn't last too long with everything else leading up to SummerSlam. This Cesaro, however, is from when he was on Raw the night after Wrestlemania XXX where he won the Andre the Giant Memorial Battle Royal and was given this. Ready for a closer look at Cesaro? Then swing on by and check things out after the break... 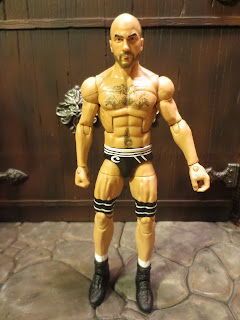 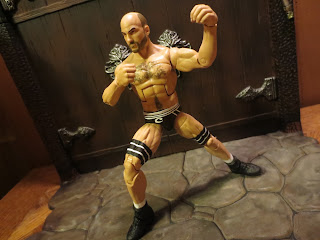 * The thing I've come to discover about the WWE Elite Collection is that the figures are sturdy and fun to play with. You definitely shouldn't have any durability issues with the Swiss Superman here! This guy could definitely take a beating. 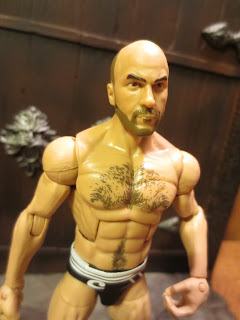 * I really like the Cesaro headsculpt here. It's not the expression I first think of when I picture Cesaro (he usually seems to have a bit of a grin going on) but it works and captures his likeness well. 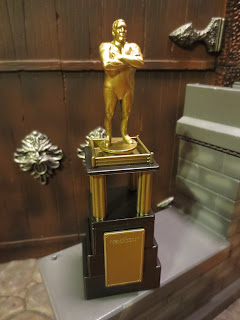 * The Andre the Giant Memorial Trophy is a really cool inclusion. It's quite large (I believe the actual trophy is close to 5 feet tall) and really looks impressive sitting around on your wrestling shelf. 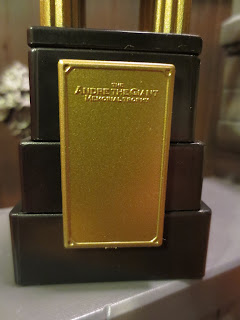 * If you look closely at the trophy you can even see that it says: "The Andre the Giant Memorial Trophy" on the plaque. That's a pretty cool little detail. 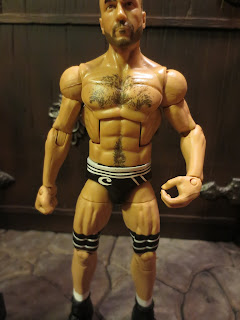 * Looking at Cesaro's body, I'm not sure what it is but something looks off to me. Maybe it's that his limbs appear a bit too slim or maybe he looks a but too ripped? Don't get me wrong, Cesaro is a big, strong guy, but this figure looks overly muscular, more like a body builder than a wrestler. His biceps and thighs also look a little too skinny for the frame. 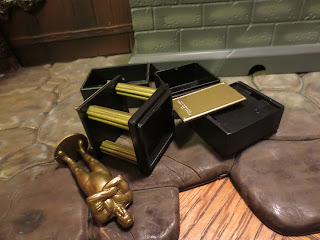 * I mentioned above that while I really like the trophy it does have one problem. That's that it is capable of collapsing. I'm not sure what the angle here is: Is this just a multi-piece accessory or is the gimmick that the trophy can be broken? I don't remember anything about this trophy getting smashed to pieces but it's possible Mattel figures this would be a nice play feature. To me, unless you're reenacting some scene from Swerved, this just makes the nice accessory much more fragile. 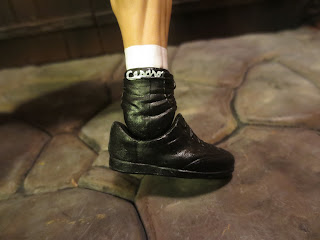 * It's really odd, but Cesaro does not have lateral rockers on his hips to help him with holding wider stances. I'm not sure what the deal is here as every other WWE Elite figure seems to have these. 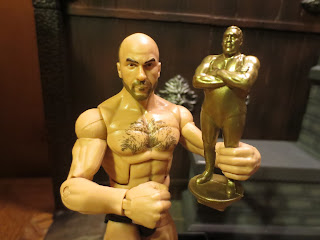 Cesaro has some cool things going for him with a great headsculpt and the Andre the Giant trophy, but a somewhat off body sculpt, ankles lacking the lateral rocker joints, and the fact that the trophy falls apart far too easy definitely keep the figure from being as great as it could have been. All in all, Cesaro's a Good figure. The trophy that just tumbles apart really bugs me although it is fun to be able to carry around a large gold figure of Andre the Giant. I'm going to pretend that Cesaro played Fezzik in a remake of the Princess Bride and this is custom the Academy Award they gave him!

I've reviewed plenty of other WWE Elite figures, including: