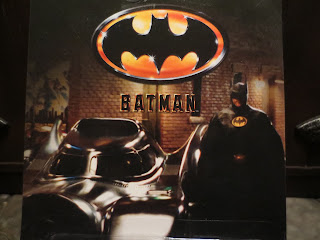 It's time for another review from the Walmart exclusive Batman Hot Wheels series of vehicles! Having just reviewed the Class Series Batmobile earlier today I'm now jumping into what I believe very well may be the contender against that model as the most iconic Batmobile: The Batmobile from the 1989 Tum Burton film. Except that while this Batmobile clearly comes on a package inspired by the 1989 film, this isn't actually that model of the vehicle. This is actually what has been referred to as the "Hardnoze" Batmobile. While it's clearly inspired by Burton's Batmobile, it has a much different shape. First released in 2004 this version of the Batmobile has seen a few different releases over the years. Ready for a closer look? Then join me after the break... 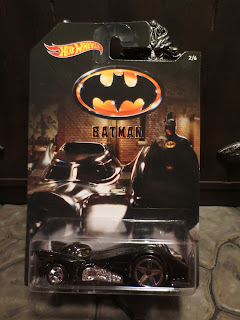 *The card art is quite striking. I still love the gold and black Burton Batman logo and anything with Keaton and the amazing 1989 Batmobile on it is going to look amazing. Everything is appropriately dark and shadowy to get you in the Gotham city mood. You know what I'm talking about! 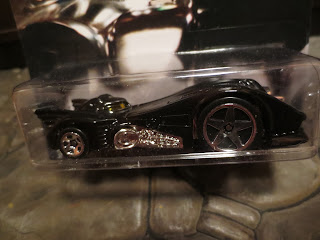 * So, as I mentioned above, this is definitely not the main 1989 Batmobile. It's a very stylized version of it features a much larger front end. The proportions are the biggest difference here. The Batmobile still looks good, though, and the sleek paint work and silver accents (including the turbine in the front middle) give it a rather striking appearance. 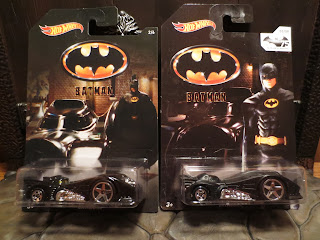 * This vehicle was released in last year's 75 Years of Batman series also. The differences between the models are the backer card, the paint color, and the window color. I actually like this year's card better but I prefer last year's paintjob: The flatter, more matte of last year's Batmobile just looks better on the '89 car. This year's clear windows fits in better than last year;s blue window, however. This is a nice car for under $1 but I do wish Mattel would use the more accurate Batmobile on the movie specific card. They have a sculpt already, so I'm not sure what's holding them back. Good and a 1/2.