Action Figure Review: Orko from Masters of the Universe by Super7 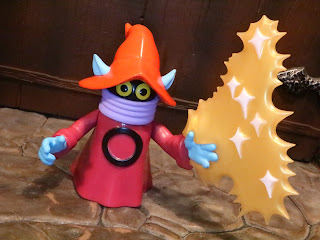 I love Orko! Believe me, I absolutely dig the early minicomics and the Frazetta inspired burliness of the early MOTU line, and I really appreciate the more nuanced storyline of the 200x MOTU series, but, as I've gotten a bit older, if you ask me to picture MOTU in my mind, I'm picturing Prince Adam, Cringer, and Orko hanging out and doing something goofy. I definitely love nearly every area of Masters of the Universe but there's just something wholesome, fun, and carefree about the Filmation cartoons that warms my heart and just gives me an overall better sense of well being. Orko is such a fun character and while he has a long history in MOTU toys, Super7 may have just made the best Orko toy ever made. This Orko is from Super7's neo-vintage Masters of the Universe line which is intended to give Filmation styled versions of vintage styled toys. This Orko can work in your vintage line but I really think he'd be a darn fine MOTUC Orko as well. Let's check out one of the most fun Super7 MOTU toys after the break... 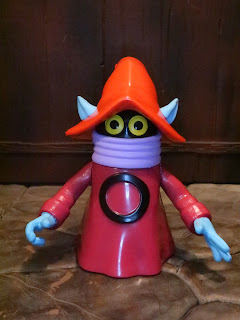 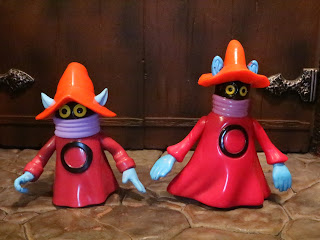 * On the left is Super7's new vintage styled Orko while on the right is the original vintage Orko. I've always liked the original figure and he definitely fits in well with the style of the vintage toys, but this Orko is far more accurate to the original Filmation model of the character. He's smaller, but his proportions are overall better. The new Orko doesn't have a removable hat, though. 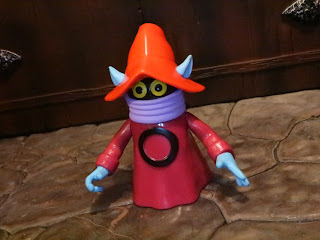 * I just love this guy! He's such a great looking figure with excellent colors and neat paint applications. He's really a fantastic sculpt as Orko looks like he just floated off of the screen! Seriously, if you missed out on the MOTUC Orko, this guy could fit in that collection nicely, too! 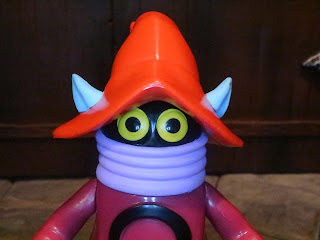 * While we don't really see Orko's head (Trollans are mysterious like that!) we can see his blue ears popping up through the holes in his hat and his bright, impish eyes! I love how bright Orko's eyes are! Can't you just hear Lou Scheimer's voice when you look at this guy? 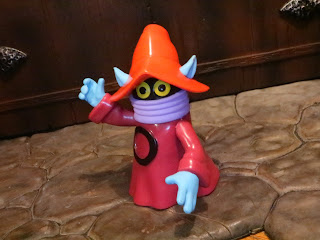 * Orko has a bit less articulation than the other figures in the line, but that's true of the vintage Orko, too. He's still very solid and durable and moves just like you'd expect one of the vintage toys to move. 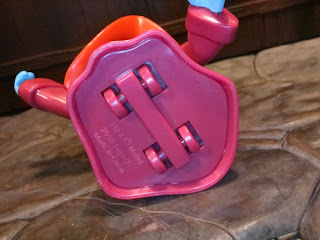 * While the vintage toy had a ripcord activated feature that caused him to zoom around on a flat surface, this Orko simply comes with some wheels on the bottom. Give him a little push and he'll magically glide around! It's not a major feature, but I kind of like it. 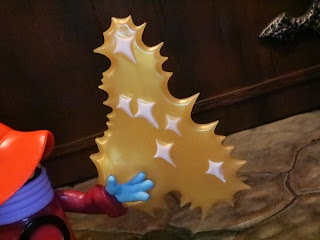 * Orko comes with some excellent accessories, the first of which is a pretty large "magic burst" effect. It fits over his left hand and shows off Orko's magical powers in action. I love it! The figure looks great with this accessory attached. The yellow magic effect is kind of opalescent while the stars are painted to give further depth to the effect. 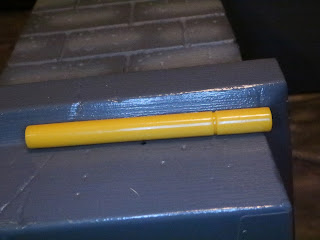 * Orko actually comes with two magic wands. The first one is very basic and looks like your garden variety magic wand. 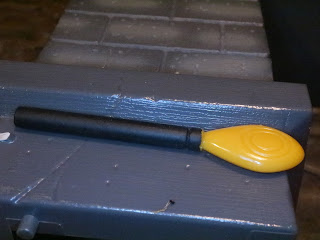 * The second wand is one that Orko used on a few occasions in the show (mostly earlier episodes like The Shaping Staff and Disappearing Act. It has a simple black shaft with a yellowish tip that features a simple design. 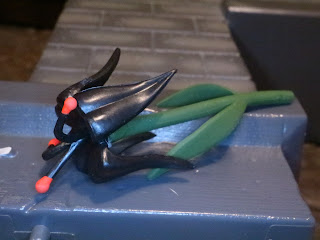 * Last, and certainly not least, Orko comes with an Eternia Flower, the Trollan flower that Count Marzo uses to try and start a drug crisis on Eternia. I'm not making this up, either. This is essentially an Eternian drug peddled by Count Marzo who He-Man and crew have to shut down. Seriously, check it out. It's also a pretty good accessory for he MOTUC line, though neither Mattel nor Super7 made a Filmation Count Marzo (Mattel did make the 200x Marzo, though). 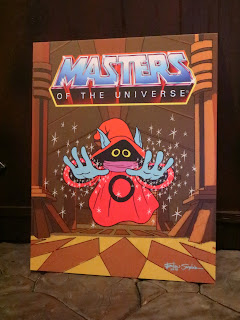 * Another cool part of this series is the art cards included with each figure. They kind of mimic the look of the minicomics in the vintage packaging but they're a simple cardstock art print. On the front is a picture of Orko from Emiliano Santalucia while the back features three images of the character from concept, to cartoon star, and then to toy. 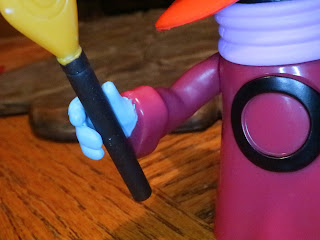 * Orko's right hand is designed to hold either of his wands but it can be tough to get him to hold them without fiddling with the hand a bit. There handles are a little too wide. You'll have to play with it for a bit to get him to hold stuff properly. 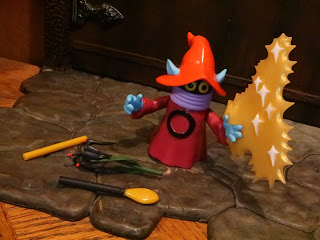 Honestly? I think Orko's the best figure in this style that Super7 has made. He's a true improvement over the vintage figure, a near perfect likeness to his Filmation counterpart, and he comes with some really fun accessories. Even for fans of MOTUC, Orko is worth checking as he can easily fit into that line, especially with the Filmation inspired Club Grayskull releases. This little guy is an Epic figure and a great example of one of the crazy, wonderful things I love about Masters of the Universe! Now will someone please, please make a very Filmation accurate Cringer with some articulation?

If you're an Orko fan I've also reviewed the green Orko M.U.S.C.L.E. minifigure from the #1 Masters of the Universe set by Super7, the standard Orko ReAction figure, and the boxed ReAction Orko (Cartoon Colors).