The Scream of 31 Days of Toy Terror: Danny Torrance #458 from The Shining from POP! Movies by Funko 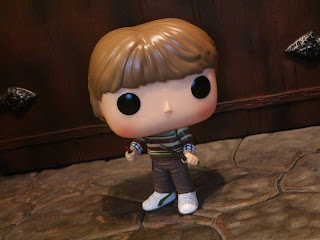 During 2017's The Curse of 31 Days of Toy Terror I reviewed Funko's POP! of Jack Torrance from Stanley's Kubrick's The Shining and today, just a little over 2 years later, I'm reviewing Danny Torrance. About a month or so ago I finally got the chance to read Doctor Sleep and I was very pleased. It was a great book by Stephen King (who nearly always books that you hate to see end) and it got me back in the mood to check out The Shining again. I'm not sure if we'll see any POP! vinyls from Doctor Sleep so this might be the only pop of Danny Torrance we get. The Shining has long been one of my favorite King books and I dreamed about having action figures based on Stephen King properties when I was a young teen just getting into his writings and the films based on them. Danny is an interesting POP! as he's easily the first POP! I can think of from my collection that would be really hard to place unless you knew who it was intended to be. Let's check him out after the break so you can see what I mean... 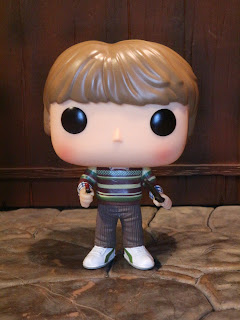 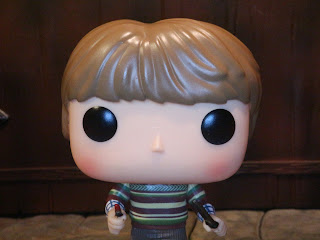 * Danny is a perfectly decent POP! vinyl done in the same aesthetic you've come to expect: Rounded head, big black eyes, and minimal facial features. The hair looks fairly comparable to Danny Lloyd's hair from the film (it might be a bit less shaggy, actually). Of course, his head swivels like most other Funko POP! vinyls (other than Star Wars and Marvel characters). 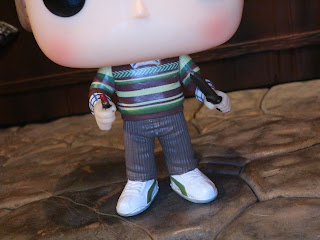 * Danny is clearly modeled after this scene in the film and his outfit is a pretty close approximation of what he's wearing. The paintwork on the sweater and the ribs on his corduroy pants are nicely detailed. 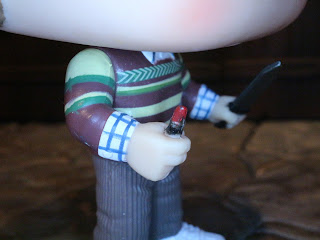 * Danny has two things in his hands, the first of which is the lipstick in his right hand for writing "REDRUM" on the walls. The packaging actually has "REDRUM" written on the plastic in front of Danny, which is a cool effect for folks who keep these in the box. 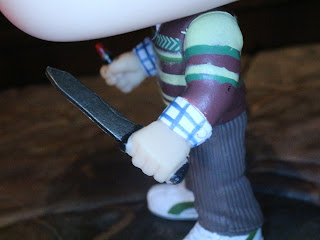 * In his right hand is a knife that Danny has picked up (you can see it in film still above). These are definitely not things that I immediately connect with the character but they are appropriate for the scene and help make him seem a bit more unique. 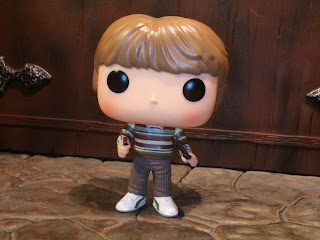 * Danny is very, very plain. As I mentioned in the above intro, Danny is the first POP! vinyl I've owned that I feel I could pickup and not recognize unless someone told me. I think Funko could have picked multiple other outfits for Danny, such as the famous Apollo 11 sweater, or even by placing Danny on his tricycle. I think that would have made him much more recognizable as, the way it stands, he's not very recognizable nor very unique. 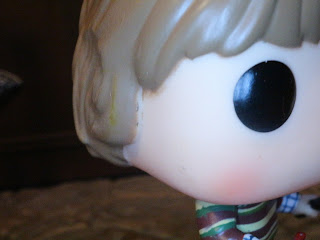 * There's a bit of mess and weird extra paint scuffs on the sides of Danny's head, particularly around the hairline. 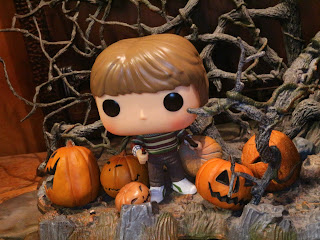 I love Danny Torrance and The Shining, but I think Funko made a big misstep here as there's nothing overtly recognizable about the figure. Neither his pose, outfit, nor his likeness jump out at me and even if you're a fan of the film, I don't think you'd recognize him without looking long and hard or having someone tell you. If he'd been on a tricycle or has the Apollo 11 sweater on, though, he would have been a real winner. Danny's still a Good POP!, but only for die-hard fans of the film.

This is the first toy of Danny Torrance I've reviewed. For more POP! Movies reviews check out the following:
Dr. Ian Malcom #552 from Jurassic Park
Jack Torrance #456 from The Shining
Michael Myers #03 from Halloween
Norman Bates #466 from Psycho
Pennywise #55 from It
Sam #57 from Trick 'r Treat
Posted by Barbecue17 at 10/18/2019