The Scream of 31 Days of Toy Terror: Jason Voorhees from Toony Terrors by NECA 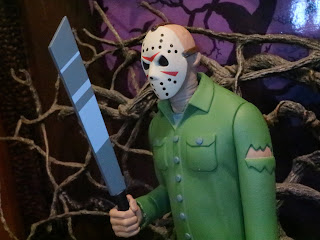 We're creeping closer and closer to Halloween and today I've got another cool new figure to check out: Jason Voorhees from NECA's Toony Terrors! I checked out Freddy Krueger earlier this month but, if you somehow missed that review, Toony Terrors are stylized renditions of some of the A-listers of slasher and horror cinema designed to look like the starts of a Saturday morning cartoon. Imagine that there had been a Friday the 13th animated cartoon in the 1980s, or even better yet an ensemble show with Freddy, Jason, Michael Myers, and Leatherface solving mysteries: This is what they would have looked like! It's a pretty cool approach and NECA has done a darn fine job with this line. I bought Freddy back in August sometime but these guys soon became rather scarce. Target seemed to restock them again near the end of September, which is when I finally stumbled upon Jason. Ready for a look at the most classic slasher star there is (I like Michael Myers more than anyone, but Jason is definitely the first person anyone thinks of when they think of a slasher movie star)? Then get your ki-ki-ki-ma-ma-ma on and let's check him out after the break... 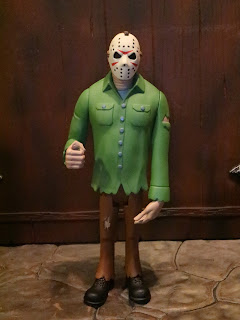 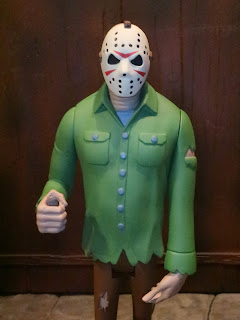 * Jason looks fantastic. He's had a few different looks over the years but NECA wisely went with his most classic look: Green shirt and a hockey mask with red triangles on it. I think he looks the most like Jason from Friday the 13th Part IV: The Final Chapter, but a lot of these elements also appeared in Part III as well. He doesn't look zombified or anything, so this seems to be a pre-part VI Jason. The details are simple but really well done with a great animated look. I love the simple, bold color on the shirt, the larger statue of the character, and the various rips and tears on his clothes, too. It gives a little character while not seeming like an overwhelming design, which was usually avoided in animation of the sort this line is paying homage to. 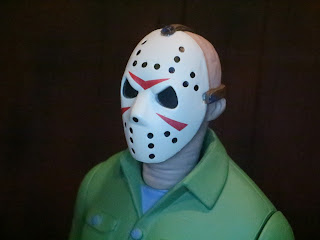 * The headsculpt is excellent and really lets the hockey mask do most of the talking (which is definitely Jason's mode of operation). It's not overdone but the eyes on the hockey mask, which are all black, do seem to have a bit of an expression to them. It's the kind of think you wouldn't bat an eye at if it appeared in an animated cartoon, even though we know that hockey masks really don't convey expression. The paintwork is neat and clean here, which is such an important aspect of a stylized figure like this. 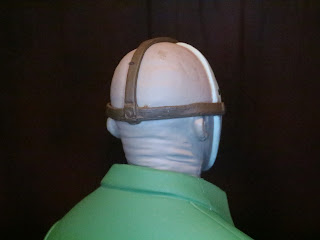 * While he's not zombified Jason, he still has a lot of wrinkles and such on his had. Jason's noggin and the straps for his hockey mask do look pretty nice. Th straps really appear as if they're separate pieces over a standard sculpt. 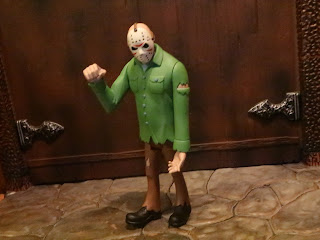 * While Freddy was portrayed as if he were in the middle of creeping along, Jason is just standing straight up. He's not very dynamically poses or anything, but it works for Jason. He does have some swivel joints which allow for a little bit of movement as well as a balljointed neck. The neck joint really helps in putting the figure in expressive poses, so consider me a fan. 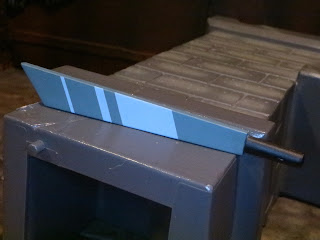 * Machete! Yeah, Jason has used dozens and dozens of items to kill people, many of them sharp, but the machete is just one of those weapons you think of when you think of the character. Not only is this a cool looking sculpt but it also has painted "reflections" on it, as if it were an animated drawing. NECA has done a nice job with this effect on every figure I've see so far. 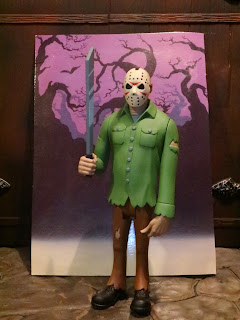 * One of the features of this series is that each character comes with a cardboard backdrop that is actually the back of the package. Jason's shows off some creepy trees at night, a key locale for Jason and one that definitely looks like it could be the static background from a cartoon. It's kind of a fun touch that reminds me of the cardboard backdrops that came with various toylines of the late 80s and early 90s, such as Monster Force. 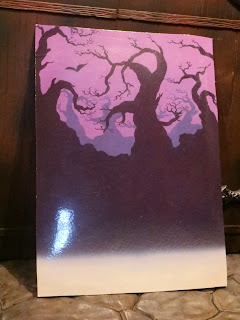 
* Of course, a cardboard backdrop is just a cardboard backdrop and it ends up looking kind of weird just sitting behind the figure. I wish Jason had a base this could clip onto, or perhaps if it were a separate piece in the package that folded down and made a diorama like base with a small floor section. 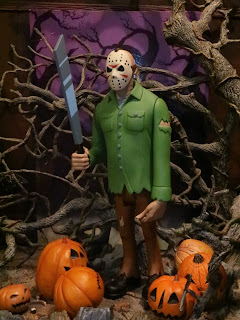 I liked the Freddy Krueger Toony Terrors figure, but I love Jason. He's definitely the nicer figure of the pair, though I have a hard time believing you'd want one without the other. Personally, I'm planning to build the team of Jason Vorhees, Freddy Krueger, Michael Myers, and Leatherface, as those are the guys I think of as the key movie slasher icons. I'd definitely add Chucky in too, if NECA releases him. These seem to be selling well and they're something new for horror collectors, so hopefully we'll see a few of these over the next year or two. NECA has already announced the video game versions of these guys from their classic NES games (not that either of those games were any good, but they were memorable), so they at least have more stuff on the schedule. I found mine at Target but lots of e-tailers carry them, too. Jason is a Great figure for display as part of a Friday the 13th collection, alongside other horror icons, or just as a fun Halloween knickknack. He just oozes animated coolness!

For more Toony Terrors, check out the following:
Freddy Krueger