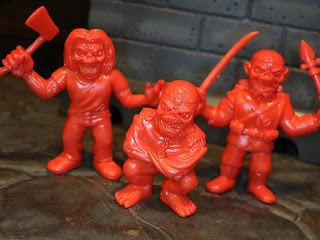 One of the hallmarks of a cool toyline is that it manages to get you interested in characters you otherwise have no interest in. Super7's M.U.S.C.L.E. revival is doing a great job because I just purchased a pack of minifigures based on the band Iron Maiden's mascot Eddie despite not being an Iron Maiden fan at all. Seriously, the only song of theirs I think I can even recall is "The Trooper" and that's because of Rock Band or Guitar Hero. This pack of three minifigures was released on Valentine's Day 2018 and features three different versions of Eddie molded in heart red plastic. Whether you're a fan of the band or you just like minifigures of a zombie/ skeleton guy these are a pretty cool little pickup. Learn more after the break... 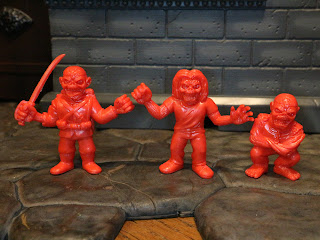 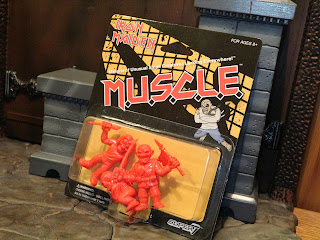 * Here's a look at the figures packaged. I like the amount of personlization that Super7 gives to each of their licenses in the M.U.S.C.L.E. line. 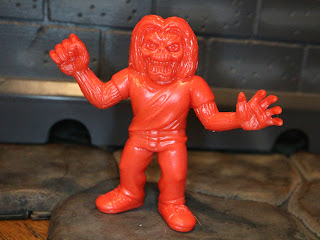 First up is "Killers" Eddie, which is Eddie as he appears on the cover of Iron Maiden's 1981 album Killers.  All of the minifigures in this series have very sharp, detailed sculpts and a great sturdy feel. These may feel more like actual vintage M.U.S.C.L.E. figures than any others Super7 has released. I love the detail on Eddie's skin. Heck, this guy even has folds and wrinkles on his clothes. 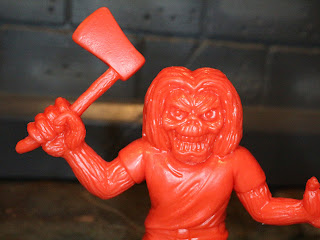 * Like with Super7's The Worst M.U.S.C.L.E.s, the Iron Maiden M.U.S.C.L.E.s include tiny weapons that the minifigures can wield. "Killers" Eddie has an axe that fits very snugly into his right hand. This guy looks pretty demented, huh? 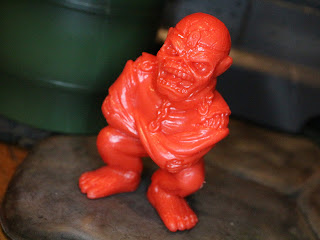 This version of Eddie, hunched over and restrained in a straitjacket, is based on Eddie's appearance on the cover of Iron Maiden's 1983 album Piece of Mind. This is a wickedly grotesque looking minifigure with a very high level of detail. I love how he's posed squatting with his mouth open in a shout. Very unsettling! 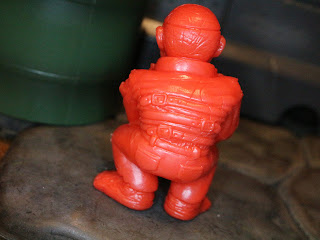 * The back of the figure shows off more of the snaps and fasteners from the strait jacket. 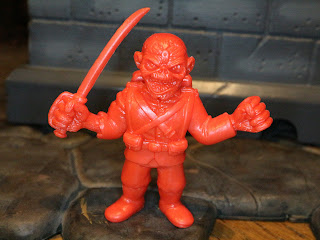 Last up is Eddie from the cover of the single for "The Trooper." This is an impressive looking figure of Eddie clad in the uniform of a member of the British light cavalry. The uniform looks great as does the cavalry saber Eddie is wielding. 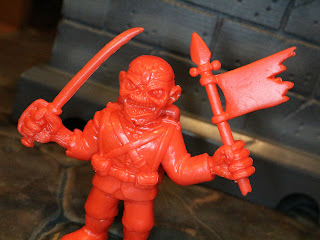 * This version of Eddie also comes with a removable accessory: A tattered flag. The flag fits right into Eddie's left hand. 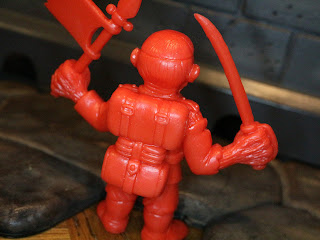 * Eddie's backpack is also insanely cool. This is one of the nicest minis I've seen and possibly one of the ones to bear this year. 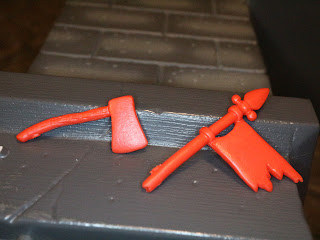 * Here's a quick shot of the two accessories included in the set: An axe and a tattered flag.

For $6 bucks a set (meaning only $2 bucks each!), this is a killer deal. Whether you're a huge Iron Maiden fan or just someone who digs cool minifigures, there is a lot to love here. Super7 has crafted some excellent minifigures and it seems like they're really getting the hang of releasing consistently sharp sculpts with nice solid feeling plastic. This is an Epic set and well worth tracking down for minifigure fans.