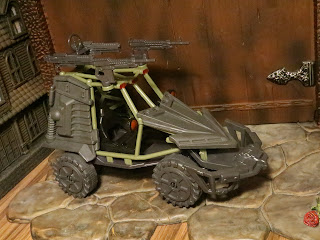 On Thursday I reviewed the Arrow ATV from Final Faction, the line of 1/18th scale sci-fi/ military figures exclusive to Dollar Tree stores. Like the action figures themselves, the Arrow ATV costs $1. I was running errands this morning and bought some beef jerky while running around. It cost more than $1. The Arrow ATV is pretty basic, though, so for another $1 you can buy the Arrow ATV Weapons & Armor battle ready conversion kit to trick it out. Like the Arrow ATV, the Weapons & Armor pack comes in a small cardboard box. You've seen what a $1 vehicle looks like so how about a $2 vehicle? Let's check out the Weapons & Armor kit after the break... 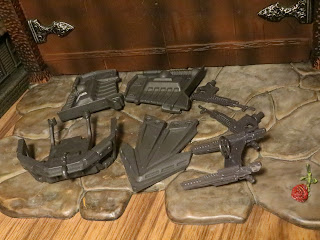 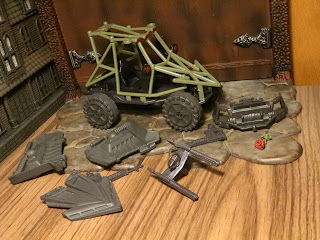 * The basic Arrow ATV is pictured at the back with the seven upgrade parts strewn about at the front. The parts simply snap on to the vehicle to add some much needed armor and armaments. Simple, right? 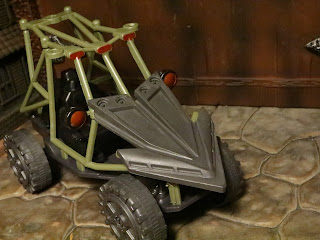 * First up is the deflector, an armored hood that goes over the arrow shaped front of the Arrow ATV. It has a really neat design to it and keeps the arrow theme of the vehicle going. It also really improves the loom of the vehicle, making it appear far more substantial. 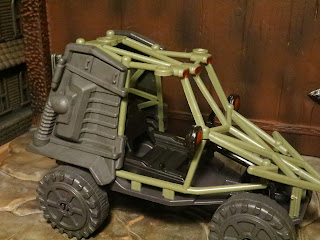 * Next up are the engine guards. These panels fit over the sides of the back (where the engine is housed) and give some extra protection to the vital parts of the Arrow. They look really slick, too. It takes a bit of effort to get them on but they look pretty impressive and stay on nice and tight. 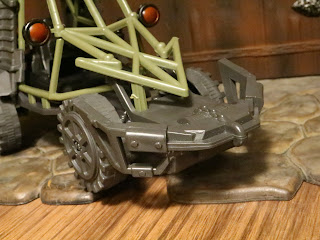 * To further armor the front of the vehicle is the Barricade Bumper, an armored bumper that clips to the frame of the Arrow. There's even what looks like a winch with a chain sculpted on. It's not the sharpest sculpt but it gets the job done. The Barricade Bumper is both handy for doing some serious damage to the Kharn and for making the vehicle a good inch or so longer. 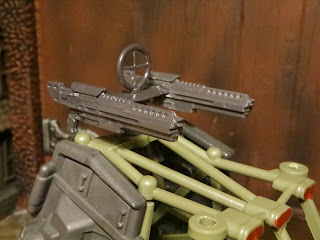 * My favorite part of the set is this really cool Gatling Blaster that attaches to the top of the vehicle. It just plugs in to a port, so it can rotate around. The two mounted guns have handles so figures can hold them and an old fashioned iron site for effortless aiming. That's a pretty sharp looking set of firearms for sure. 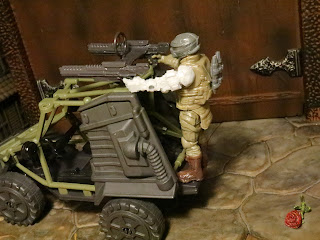 * The figures look pretty cool gripping the Gatling Blasters and riding on the back, don't they? 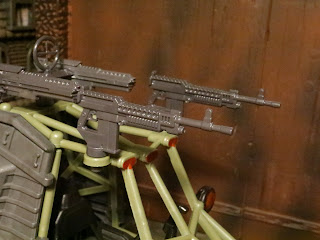 * There are also two Automatic Artillery Guns that pop on to the two front ports. Nice sharp sculpts here with lots of detail and more firepower for blasting the Kharn. Sweet! 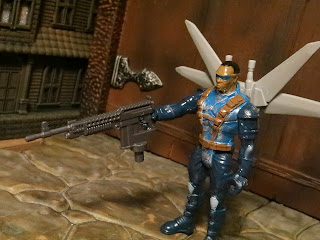 * These can even be used by the figures which is a cool feature. They look pretty neat and the figures can hold them well. 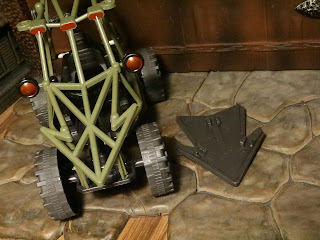 * The only thing I'm having trouble with is keeping the Deflector on. It tends to want to pop off pretty easily. I'm guessing it could be a simple molding flaw on mine. Anyone else having trouble? 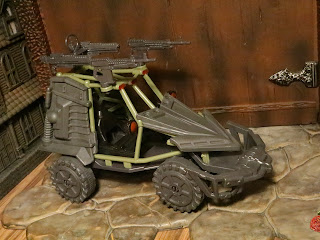 This is a really neat set that adds so much to the Arrow ATV. The pieces are sturdy, the detail is nice, and for the most part the assembly is easy and everything snaps together tight. The Deflector hood is the only thing I had trouble with. This is a really fun concept and something that's pretty interesting to see these days. Other than online exclusive lines for collectors when is the last time we saw a toyline with accessory packs like this? I'm really trying to remember. This is a Great kit that takes the Arrow ATV and really makes it better. For $2 bucks (including the Arrow ATV) there's a lot of coolness here for sure.

I've also reviewed the Arrow ATV itself, so check it out.

For more Final Faction reviews check out the following:
Arrow ATV
Posted by Barbecue17 at 1/15/2022