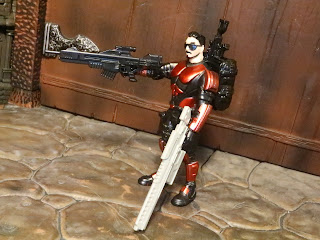 Ready for some more Final Faction? You better believe it! Today I'm checking out another of the newer accessory sets from this line and this time it's a set of four rifles and a new backpack for Scope.  Scope was released last year and while he came with a nice assortment of extras himself (a backpack, 2 pistols, and a rifle) this set gives him even more toys to play with when attacking the Kharn from a distance. Ready for a look at this arsenal? Then join me after the break... 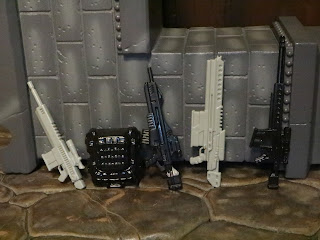 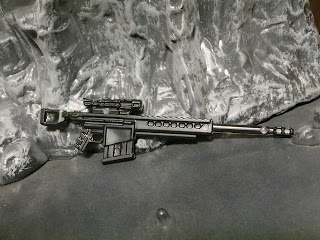 The Positives:
* First up is the Hammerdown LAR 50, presumably a 50 caliber rifle with a traditional magazine. The packaging notes that this is a particularly lethal tool with "high velocity rounds capable of piercing armor and limbs." This looks fantastic and could easily fit in with a modern military line like G.I. Joe or some futuristic lines like Halo or, of course, Final Faction. This is sleek and really nicely detailed. 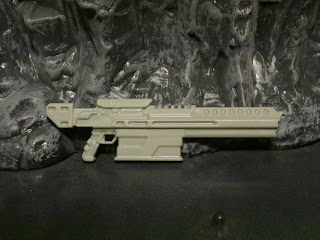 * The second rifle is the Spartan XP-109, a more futuristic rifle that has a massive magazine on the bottom. It definitely reminds me of an upgrade of the pulse rifle from Aliens as it has that fine mixture of a real world, modern firearm and something from a decade or two in the future. 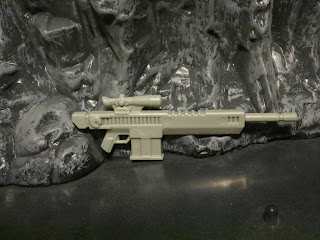 * Next up is the Malcom HZ-38, a rifle with a scope and a decent sized magazine but no stock. The packaging calls this "a high caliber, mid-range rifle." 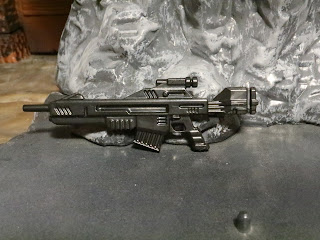 * Last up is the very stylish Busy Bee KL-308 which apparently..."fires 400 plasma rounds per second."400 per second? Sheesh! To be honest, it looks a lot like a fairly modern rifle or one of the guns you would see the UNSC use in Halo. It's slick for sure and has a really cool design to it. 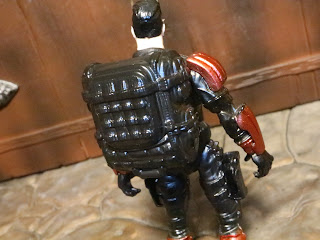 * The set also comes with Scope's H-pack, a backpack presumably loaded with gear and extra ammunition for combat. It fits easily on Scope's back and he stands just fine wearing it. 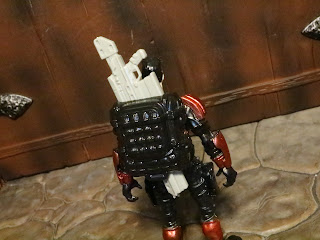 * The H-pack is really cool because there's a slit running through it which allows any of the four rifles in this set to be stored inside. It's a fun feature that allows Scope to carry more equipment on him than most figures in the line. 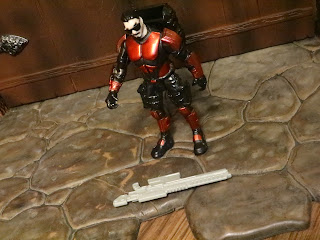 The Negatives:
* Some of the rifles don't fit perfectly in Scope's hands. That's disappointing since this accessory kit is intended specifically for him. It's honestly more of a problem with his hands rather than the rifles here, but it's still an issue. 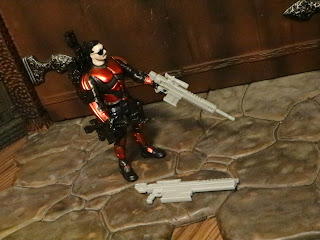 Overall, this really is another Good and a 1/2 set with a great complement of accessories for the figures in the line. Scope can't hold all of the weapons as well as he should but mix them in with other figures (or other toylines) and you've really got some nice accessories for around a dollar. The backpack is pretty nice too, particularly with the ability to store one of the rifles in the back. This set really does seem very versatile and the sculpts are fantastic. I also like the quality of the plastic on these: They're not brittle but they're not rubbery, either. Nice and solid.
If you're a fan of Scope I've also reviewed the standard Scope figure.
For more Final Faction reviews check out the following:
A.C.R.M.
Amari
Arrow ATV
Arrow ATV Weapons & Armor
Brute
Brute Striker
Churro & FD-0
Crawler
Decimator
Diabol
Drone
Drone Scourge
Huntra
Krepitus
P-131
P-131 Thunderbolt
Riptide
Ruck
The Rumbler
Shift
Shock Arms
Spc. Scope
Steadfast
Torn
X4 Turret
Posted by Barbecue17 at 5/13/2022