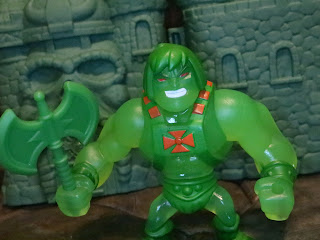 If I'm correct, the first toy of Horde Zombie He-Man/ Slime Pit He-Man was released by The Loyal Subjects as a Club 28 exclusive for Target's cases of the Masters of the Universe Action Vinyls in 2017.  When Mattel was actively putting out Masters of the Universe Classics figures Slime Pit He-Man popped up often as a variant suggested by fans (he finally made it in the line last year as a Power-Con exclusive) and companies like Super7 and Funko have also used him as an easy variant. While everyone else calls him Slime Pit He-Man, Mattel calls him Horde Zombie He-Man, but it's clearly the same variant. Horde Zombie He-Man is the "chase" figure for the first series of Masters of the Universe Eternia Minis and from what I've heard only one comes in each case. Let's check out this variant of the He-Man mini after the break... 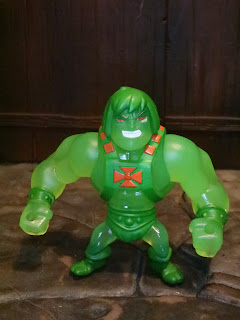 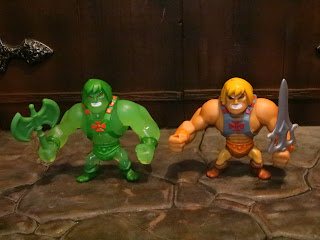 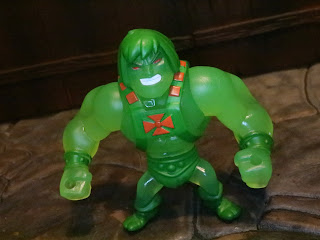 * Everything I like about the He-Man design from this series is present here except now he's molded in a wonderful translucent green. I love the look of this minifigure! The paintwork is simple with He-Man's traditional red details painted and dark green paint for his cuffs, boots, harness, and trunks. 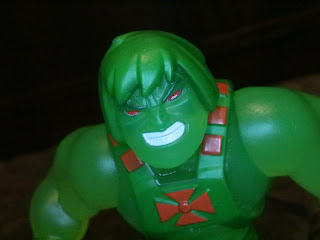 * The headsculpt is the same as the standard He-Man except now he's got those devious red eyes. That grin looks a lot more menacing now, too. 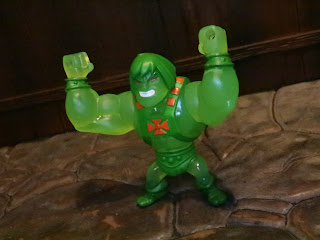 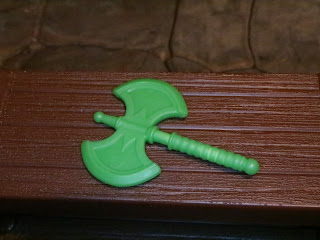 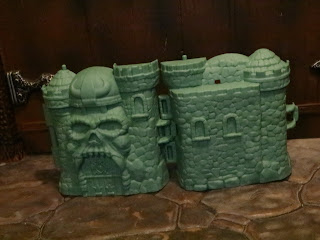 * The Eternia Minis come blind packaged but it's actually not a bad thing at all. First, there is a very prominent code on the bottom of the package identifying the figure inside (He-Man is "H"), so you don't have to buy these without knowing what you're getting. Second, the packaging is a very cool plastic Castle Grayskull. It actually separates in half and you can connect them with other Grayskulls to make a long chain of castle faces. It's a cool sculpt and some of the best blind packaging I've ever seen. 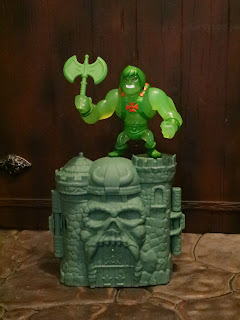 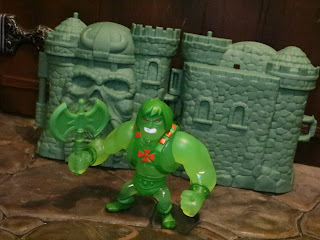 Horde Zombie He-Man is another Epic little minifigure in Masters of the Universe Eternia Minis. Translucent minifigures are always fun and this is a really good one. These are well sculpted, well articulated, and the little plastic Castle Grayskull is really a pretty cool piece. It seems like Mattel is going to change the packaging with each series (series 2 figures come in a purple Snake Mountain case) so you're going to get a nice variety of Eternian points of interest. This guy comes one per case so keep your eyes peeled. He's well worth tracking down!


For more figures from Masters of the Universe Eternia Minis check out the following:
Buzz-Off
He-Man