Minifigure Review: Trap Jaw from Masters of the Universe Eternia Minis by Mattel 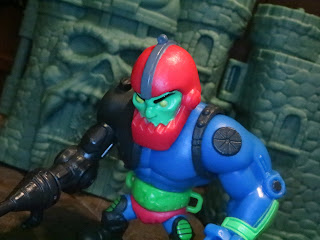 Today I'm taking a quick look at the last figure from series 1 of Mattel's Masters of the Universe Eternia Minis and it's Trap Jaw, the warriors who is certified evil and armed for combat! Trap Jaw is a super popular character and Mattel intended for him to be released in the second series of the MOTU Minis for 2015 but that never panned out. Trap Jaw was supposed to come packaged with Ram Man, who has also been given a delayed release in this newest series. It's nice that these figures have finally come out! Let's take a look at Trap Jaw after the break and see how he turned out... 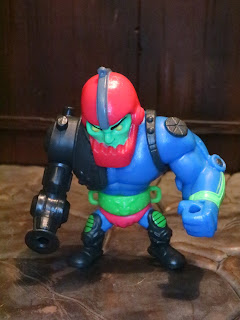 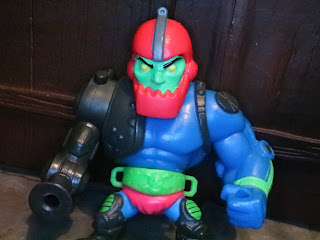 * It's Trap Jaw! He really does look pretty awesome with a great sculpt, lots of detail (particularly on his arms), and even small, sculpted loops on his belt. Yeah, this figure can't use them but they're still cool. His colors are excellent. They're a bit brighter than the vintage toy but not quite as bright as Filmation. He looks really cool. 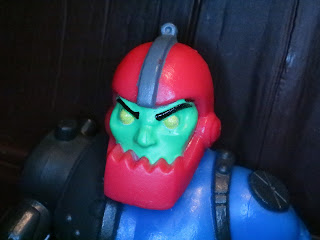 * Trap Jaw has a face that's wonderfully freakish and even this tiny, stylized figure makes it stand out. The oversized jaws are a staple of this line and Trap Jaw's is just killer. Look at that massive metal maw! 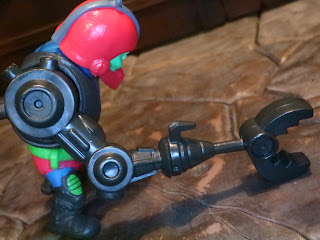 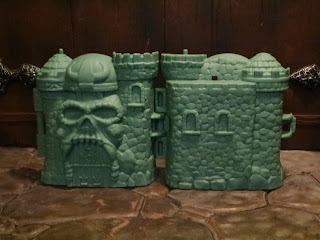 * The Eternia Minis come blind packaged but it's actually not a bad thing at all. First, there is actually a very prominent code on the bottom of the package identifying the figure inside (Trap Jaw is "D"), so you don't have to truly buy these without knowing what you're getting. Second, the packaging is a very cool plastic Castle Grayskull. It actually separates in half and you can connect them with other Grayskulls to make a long chain of castle faces. It's a cool sculpt and some of the best blind packaging I've ever seen. 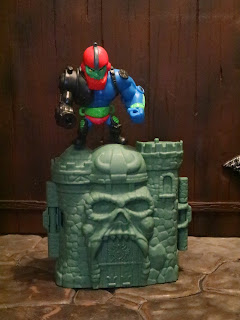 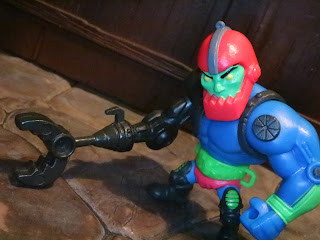 The Negatives:
* Trap Jaw's robotic arm is long. Overly long, really. Combine it with his claw attachment and it's dragging on the ground. Since he doesn't come with extra attachments, maybe Mattel should have just made the claw part of the arm? The overly long arm just seems a bit silly. 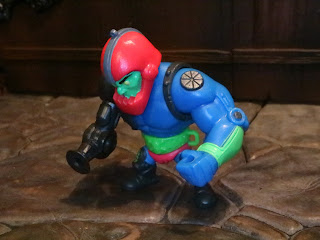 * While all of the figures are stylized and hunched over Trap Jaw is truly just leaning forward. Can you tell? It's actually kind of tough to get him standing properly and, if you do, he's looking down at the ground. 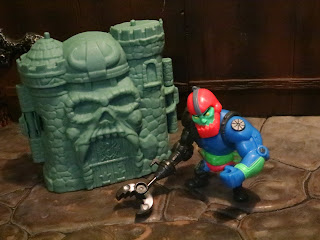 Trap Jaw has a couple flaws but he's still a pretty cool little minifigure. I really enjoyed this first series of figures. They seem to be selling well and Walmart is actually stocking them, so hopefully this bodes well for the upcoming series 3 and 4 figures (series 2 is already out!). Trap Jaw gets a Great rating and is definitely going to be a popular one since people just love the guy. He also reappears in the second series repainted in his vintage minicomic colors. Cool stuff. Who is your favorite figure from series 1?