Minifigure Review: Stinkor from Masters of the Universe Eternia Minis by Mattel 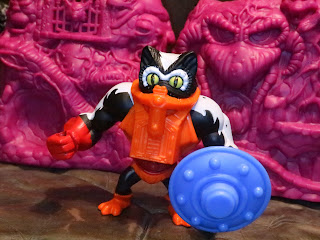 Today I'm checking out the final figure in the second series of Masters of the Universe Eternia Minis and it's the only new character in the line: Stinkor! Stinkor was originally intended to be part of the second series of the MattyCollector.com MOTU Minis but the 2015 lineup didn't end up getting released (other than She-Ra and the Horde Trooper), so getting him here is kind of a big deal. The second series had a couple decent figures but overall it was a but if a disappointment with too many repaints and straight re-releases. Stinkor wraps thing up for this set, though, and while he's not scented like his vintage counterpart he certainly looks just like a miniature version of that toy. Let's check out Stinkor after the break... 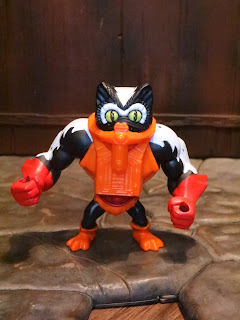 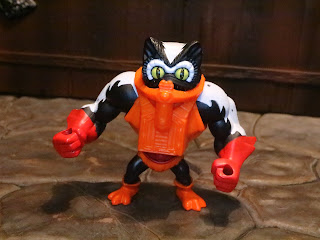 * If you're at all familiar with Stinkor's vintage appearance then you have a pretty good idea of what you're getting here: He's brawny, skunk-like, and he's wearing orange armor that seems to have a respirator of some sort on the front. There aren't any paint applications on the armor but the belt and gloves are red to add a bit more color to Stinkor's outfit. 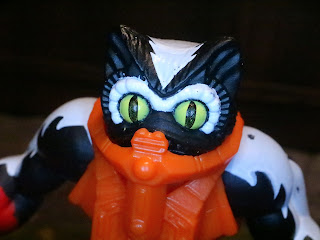 * The vintage Stinkor reused Mer-Man's head but that's not the case here. The MOTU Minis Mer-Man had a headsculpt inspired by the cross-sell art but Stinkor's headsculpt is straight up vintage. Honestly, I've always liked it better as Stinkor anyways. The yellow and black eyes are quite striking and look much brighter in person. 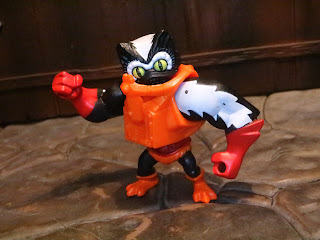 * These little guys have four points of articulation which may not seem like a lot except for the fact that they're only a little over 2 inches tall. That's not bad for this scale! They're very durable little figures and would probably fit in well with lines like Imaginext and the Hasbro Heroes figures, so if you have a little one who's into MOTU these could be some decent starter toys. They're fun to play with and have a lot of shelf presence! 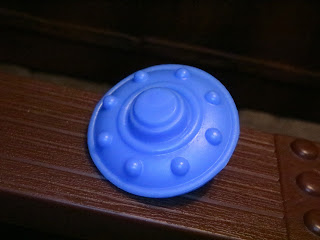 * The 2015 MOTU Minis release of Stinkor was supposed to include his blaster like the Masters of the Universe Classics version of the character but this one only comes with his standard blue shield. It's a decent accessory, true to the vintage toy, so that's certainly worth something for sure. 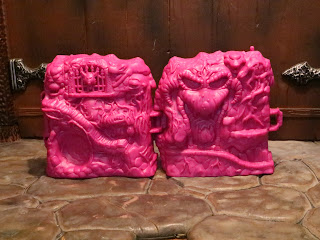 * The Eternia Minis come blind packaged but it's actually not a bad thing at all. First, there is a very prominent code on the bottom of the package identifying the figure inside (Stinkor is "F"), so you don't have to buy these without knowing what you're getting if you know the codes. Second, the packaging is a very cool plastic Snake Mountain. It actually separates in half and you can connect them with other Snake Mountains to make a long chain of evil. It's a cool sculpt and some of the best blind packaging I've ever seen. The detail is insanely nice on this! 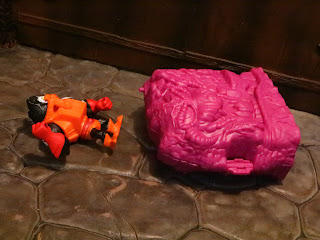 * There are foot pegs on the top of the Snake Mountain display base but Stinkor just won't fit on top well. I've had this problem with a few other series 2 figures which is kind of strange, isn't it? The Snake Mountain is clearly intended to be part of the way you display the figure so this is pretty disappointing. 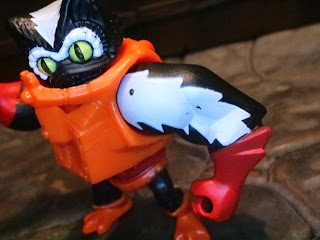 * Stinkor's white marks are covered with spots where the black paint is showing through. It kind of mars the clean, neat aesthetic of the paintwork on the figure. 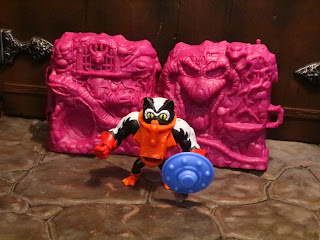 Stinkor is probably the most exciting figure in series 2 because he's a completely new character but at the same time he's not as well done as I would have hoped. The missing gun is a bit of a disappointment as are the paint errors and the fact that he can't stand on his display piece. Still, it's nice to have one new character in the series. I'd give him a Good and a 1/2. Going forward, we know Mattel showed off He-Ro, Mekaneck, and Webstor back in 2015 plus there is the limitedly released She-Ra and the Horde Trooper set and the teased (but never shown) Hordak and Orko from 2015 as well. Hopefully future sets will get to these guys and more.

Are you a fan of Snake Mountain? The check out my reviews of the Snake Mountain M.U.S.C.L.E. from series 3's Pack C and the plastic Snake Mountain cases from the series 2 Eternia Minis Faker, He-Man, First Appearance Trap Jaw, Serpent Claw Man-At-Arms, Golden Armor Skeletor, Skeletor, and Beast Man.

If you're a fan of Stinkor, the Evil Master of Odors, check out my review of the green Stinkor M.U.S.C.L.E. minifigure from the Series 2 pack, the ReAction Stinkor, the Action Vinyls Stinkor, the POP! + Pez Stinkor, and the Funko POP! Stinkor #657.