Minifigure Review: Ram Man from Masters of the Universe Eternia Minis by Mattel 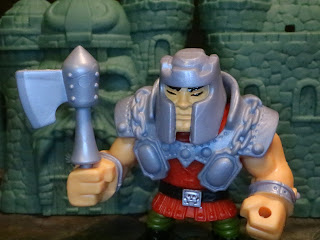 I love Ram Man and I was really excited to learn that Mattel was putting Ram Man in the first series of the Eternia Minis as he's one of my favorites. Ram Man was supposed to be released in the second series of MattyCollector's Masters of the Universe Minis back in 2015 (he would have been packaged along with Trap Jaw, who's also in this new series) but that series never came to fruition. Ram Man is such a cool character and Mattel always does an excellent job with him. His burly, human battering ram style just translates into the aesthetics of this line oh so well, too. Let's take a quick look at Ram Man after the break... 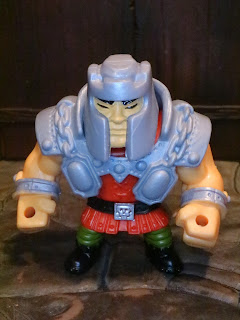 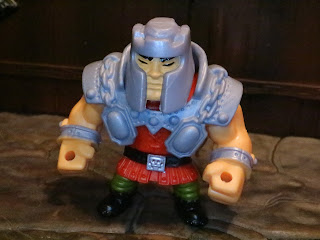 The Positives:
* Ram Man looks awesome. He definitely reminds me of a smaller version of the Masters of the Universe Classics figure, which is absolutely a good thing. I love the detail on this one, particularly the chains and such on his shoulder pads and on his belt. 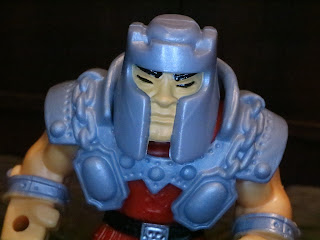 * I like Ram Man's headsculpt. His face works really well in the style of this line, doesn't it? The helmet is nicely sculpted and the shape of it is spot on. He looks ready for ramming the bad guys for sure! 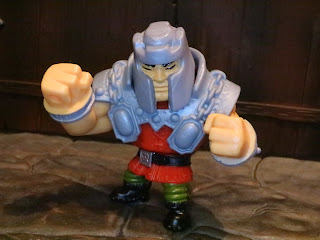 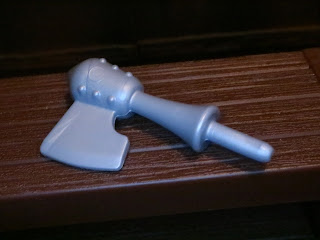 * Ram Man is a simple man and he carries a simple weapon: An ax. It's not fancy but it gets the job done when his head won't do. 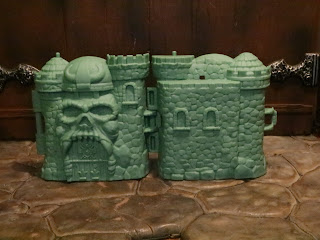 * The Eternia Minis come blind packaged but it's actually not a bad thing at all. First, there is actually a very prominent code on the bottom of the package identifying the figure inside (Ram Man is "E"), so you don't have to truly buy these without knowing what you're getting. Second, the packaging is a very cool plastic Castle Grayskull. It actually separates in half and you can connect them with other Grayskulls to make a long chain of castle faces. It's a cool sculpt and some of the best blind packaging I've ever seen 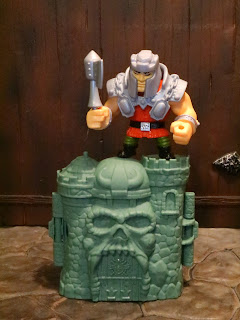 *  Furthermore, the Castle Grayskull container functions as a really cool display stand. There are two pegs on top that plug into the figure's feet. When you connect a row of these together you can have a long display stand for multiple figures. 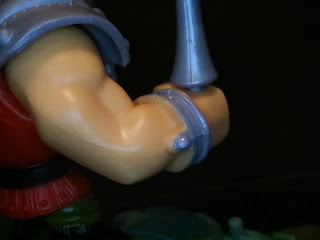 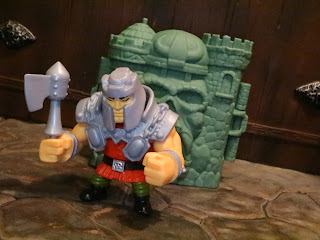 It's always nice to add more characters to the collection and Ram Man is a very welcome addition indeed. He's a cool looking figure and one of the main Heroic Warriors so I can't imagine who wouldn't want him in their collection. I'd say he's a Great and a 1/2 minifigure for sure. I'm really excited about the future of this line and I hope that Mattel continues to invest in new sculpts for the line in the future. I'm almost finished with reviewing series 1 and anticipate reviewing series 2 in the coming weeks as well. There's so much new MOTU stuff out right now, isn't there? What a time!