This is the Way: Luke Skywalker (Endor) from Star Wars: The Black Series Phase IV by Hasbro 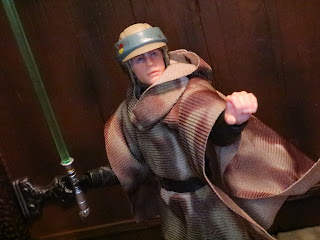 Yesterday I reviewed Han Solo in the gear he wears leading the Rebel strike team to the forest moon of Endor and today I'm following that review up with a look at Luke Skywalker (Endor) from the most recent set of Star Wars: The Black Series action figures. While 2020 was the 40th anniversary of The Empire Strikes Back, Hasbro has really gone pretty heavy on figures from Return of the Jedi lately. The planned SDCC 2020 exclusive set was the Heroes of Endor set which included the most recent Luke, Han, and Leia figures along with Paploo and a Speeder Bike but if you missed that when it was sold on Hasbro Pulse the three main heroes are still rather easy to find. Luke Skywalker in his combat poncho was originally released in this outfit in the vintage Power of the Force line but since I was only 1 or 2 years old at the time I didn't get a version of Luke in this outfit until the POTF2 version that came with a Speeder Bike. Remember how crazy it was that the Endor version of Luke came with knees? It seemed almost miraculous at the time! Anyways, this version of Luke is heavily based on the Phase II Luke Skywalker (Jedi Knight) figure which makes perfect sense, and yet it's an older base figure that needs updated to meet the high bar of the modern line. Let's take a look at Luke Skywalker (Endor) after the break and see how Hasbro crafted another solid version of Luke... 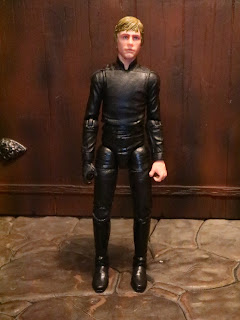 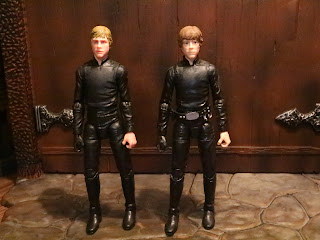 * On the left is the new Luke Skywalker (Endor) with his helmet and poncho removed. Everything except the head is reused from the Phase II Luke Skywalker (Jedi Knight) which was also used as the base for the Phase III version which features Luke in the duds he wears at Jabba's palace. The paint's a bit better though Luke does not have the interchangeable chest flaps like the Phase II figure did (not that he uses them on Endor itself). 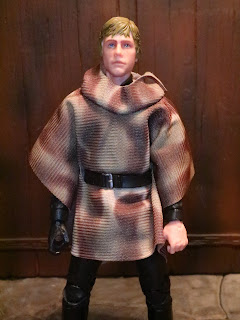 * With the combat poncho on Luke looks incredible. It makes for a very impressive looking figure. The poncho fits quite nicely and drapes over the figure rather realistically. Fabric items are often quite tough to pull off effectively in the 6 inch scale but Hasbro has done a great job here.

* Furthermore, the quality of the material is excellent as well. It feels durable without any evidence of fraying. The camouflage pattern is excellent and nicely matches what we see in the film. 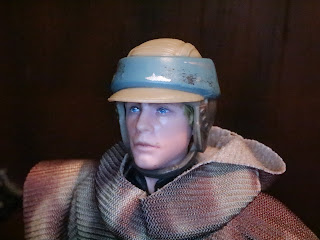 * The helmet is removable and fits Luke's head perfectly! It's quite nicely painted with lots of different colors and little scuffs and such on it that shows off the second hand gear that the Rebellion had to rely on. 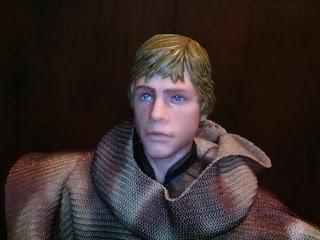 * Luke has a brand new portrait that has flatter, sweatier hair. Of course, hes been wearing a helmet so this makes perfect sense. It's amazing how much better the headsculpts look since Hasbro started using the face printing technology! 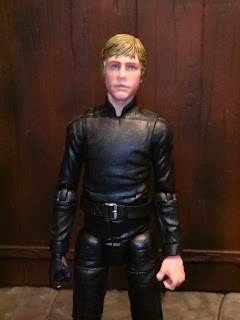 * You can easily remove Luke's poncho to show off his black Jedi outfit underneath. The belt isn't correct but otherwise this is a decent Jedi Luke if you missed out on the previous figures. I've heard lots of people mixing and matching parts from Hasbro's other two Jedi Luke figures to come up with their ideal version so it's nice to have more options. Versatility is a great thing! 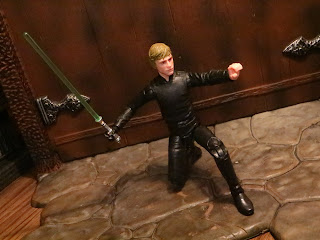 * While this figure has an older articulation scheme, it still feels durable and well made with no worry needed about breakage or anything. It's still quite nicely articulated and can take most poses you'd hope for, although I do wish Hasbro had fully upgraded the figure with the butterfly shoulders for some great two handed lightsaber poses. Still, the focus here is on the poncho version and the articulation isn't as vital as a Death Star II duel Luke. 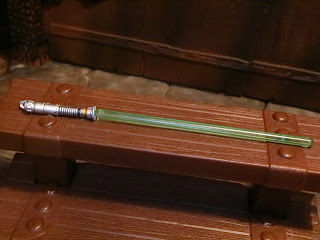 * Luke has his trusty green lightsaber and it looks fantastic! It also has a removable blade. Of course, if you've ever bought a Black Series figure before you know that, don't you? 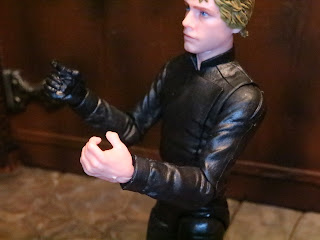 * While reusing the older torso and legs and such is just fine, I find the lack of range on these elbow joints disturbing. The new elbow joints in this line really do make these older styled joints feel quite antiquated, don't they? 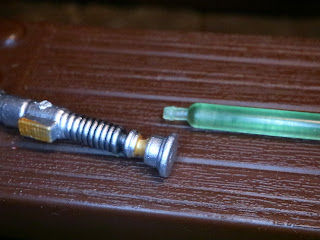 * The lightsaber pegs still feel far too fragile. Seriously, Hasbro needs to go back to just giving us a hilt and an ignited saber like some of The Vintage Collection releases had. 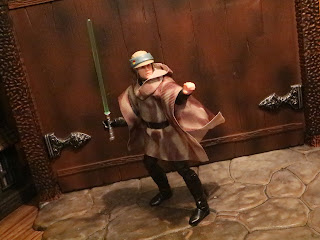 Luke Skywalker (Endor) is a very nice figure. Honestly, with the cloth poncho, the belt, and the helmet, he feels kind of deluxe. You do get a lot of stuff with this guy which makes the reuse of an older body feel like less of a negative. I still want Hasbro to fully update the Jedi outfit from the duel with Darth Vader and the Emperor (maybe for Jedi's 40th?) and this would have been an ideal opportunity to at least give us some new arms and legs. This guy still gets a Great rating from me, though. There's plenty of newness here and the entire figure is really well done. Now come back tomorrow for the third member of the trio, Princess Leia in her Endor gear!