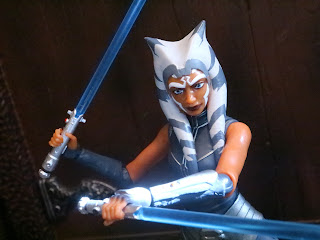 In 2020 Hasbro really failed on delivering exclusives to retailers. Or maybe retailers failed in ordering enough exclusives to satisfy demand. Heck, maybe both are to be blamed? See, in the second half of this year Walmart received an exclusive four figure series of The Black Series Phase IV figures based on the Siege of Mandalore storyline from season 7 of The Clone Wars. Did you ever actually see any of these figures in stores? Neither did I. Yes, Hasbro made a series of Black Series figures based on The Clone Wars exclusive to Walmart and the only place I've ever seen them are on Ebay. Sadly, this is another figure I had to pay a bit extra for because there was no way I was going to miss out on Ahsoka Tano. Ahsoka was released in Phase III based on her Rebels appearance (which was released this year with face-printing) but this one captures her younger look during the end of The Clone Wars. 2020 has been a big year of Ahsoka and this is a great figure of her released in an infuriating way. Let's check out Ahsoka Tano after the break... 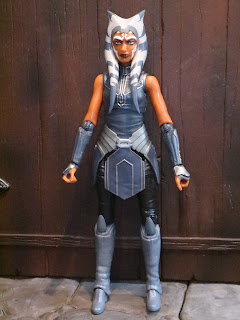 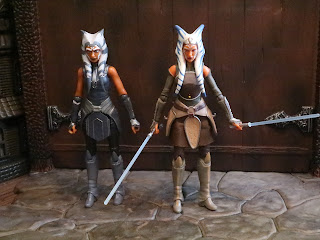 * The Ahsoka Tano I'm reviewing today is on the left while the Rebels Ahsoka Tano is on the right. While you might think this would be a simple repaint, you'd be wrong! The only reuse here is Ahsoka's hands, forearms, and legs. Everything else is new. Ahsoka's quite a few years younger in The Clone Wars than she was in Rebels, so the figure does look more petite, even if she's not much shorter. 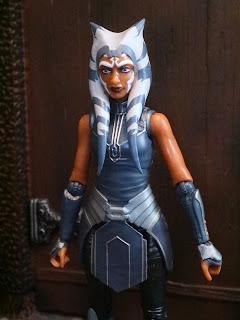 * Hasbro did a really nice job with Ahsoka Tano. Her season 7 gear is very heavily inspired by Mandalorian design and they captured the silver details on her tunic and on her armored waist pads. Oh, and her Beskar bracers. The paint is perfect, too. Everything looks great! 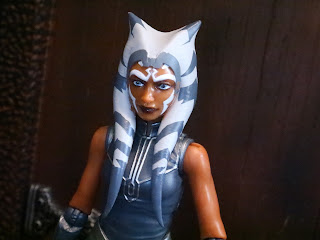 * When you first see Ahsoka you'll definitely be stunned by her likeness. Hasbro really captured her appearance. Interestingly, though, you might wonder if she looks a bit too animated for The Black Series. Hasbro has sculpted all figures from non-live action media to look like they were cast in a film rather than making them cartoonish. Personally, I think she looks OK. The slightly larger eyes are designed to make her look a bit younger from her other appearances, which is fitting as Ahsoka is only in her mid to late teens during season 7 of The Clone Wars. 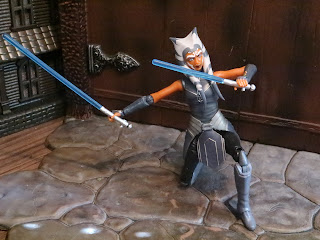 * Ahsoka has been updated with the newer articulation style in her upper body so she moves flawlessly. She has an excellent range of motion in her elbows as well as a newer styled ball jointed head and lateral butterfly shoulders. 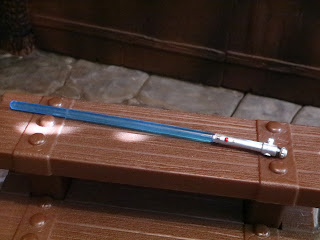 * Ahsoka comes with both of her lightsabers, both of which now have a blue blade. Because Anakin Skywalker messed around with them after Ahsoka left the Jedi the blades have turned blue. The first lightsaber is a standard saber with a translucent blade and a nicely made hilt. 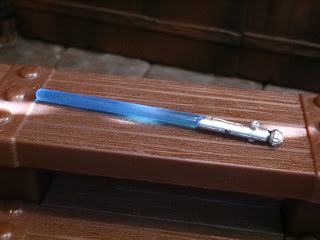 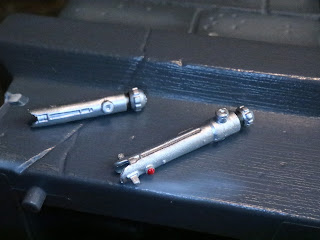 * Both sabers have removable blades and, surprisingly, they're easy to remove and place. They're much sturdier than most other lightsabers in the line. 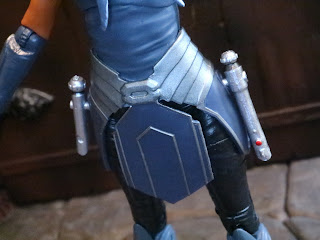 * Ahsoka has some holes on the sides of her waist armor which the lightsabers can plug into. They stay on quite securely if you plug them in right and they look really cool on her. 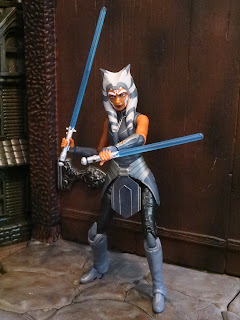 It's really cool to have another Ahsoka figure in the Black Series. I mean, she's really become one of the most important characters in the franchise and we've seen her in multiple different eras now. I hope we get a Rosario Dawson/ The Mandalorian Ahsoka Tano next year! This one is awesome, though, and while you'll have to pay the weird Hasbro exclusive tax and actually track one of these down, she doesn't disappoint. It's nice to see The Clone Wars get some more attention from Hasbro in this line and next year looks like we may even get more! Ahsoka Tano is a Great and a 1/2 figure and was definitely the figure I was the second most excited for in the Walmart exclusive Clone Wars season 7 set. I haven't picked up/ found all of them yet but I do have a few more that I should be reviewing the in the next week or two. The Black Series has been in full gear the last few months, hasn't it?

I haven't reviewed that many Ahsoka Tano figures. The only others I've reviewed are the Black Series version of Ahsoka Tano from Rebels and the Funko POP! Ahsoka #130.