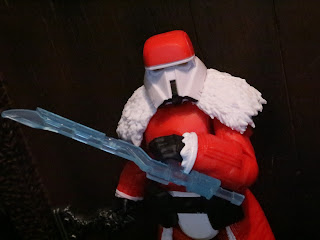 I had hoped to get around to reviewing the Range Trooper (Holiday Edition) during the 12 Days of Christmas but I missed that by a couple of days. Oops. I actually didn't receive him until Christmas Eve, which was kind of cool. One of our mail carriers (true heroes, those folks!) delivered him in the early evening of Christmas Eve. So, yes, I did get a visit from Jolly Old Saint Range Trooper on Christmas Eve! While the other four troopers in the Star Wars: The Black Series Holiday Edition subset look like elves, the Target exclusive Range Trooper looks like Santa Claus himself. He's even got a reindeer! Let's take a look at one of the strangest Star Wars figures of .... well... ever, I guess. Hang your stockings and say your prayers because the Range Trooper (Holiday Edition) gets reviewed tonight! 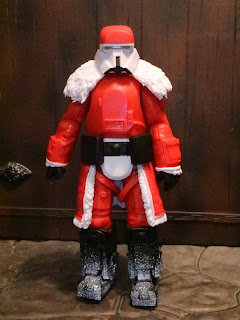 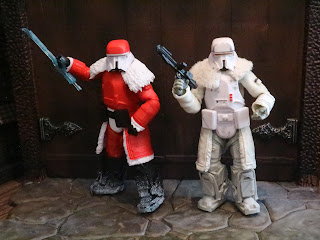 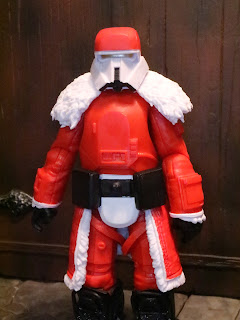 * The Holiday Range Trooper is painted to look just like Santa Claus! Well, not just like, but it's pretty easy to see the resemblance. He also kind of looks like Robot Santa Claus from Futurama. Anyways, he's painted in mostly solid colors with few fine details but it definitely helps sell the effect. A red uniform and armor, white fur lining for his cloak and sleeves, and a big black belt. 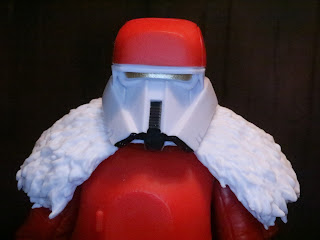 * Rangy Claus still has the white face and gold visor of the standard outfit but his helmet is red on top, like Santa's hat. 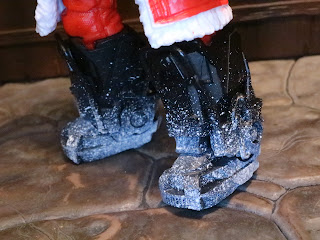 * I love the crazy magnetic boots of the Range Troopers and here they've been painted black and given a terrific looking dusting of snow. Imagine getting a visit from this jolly old elf? 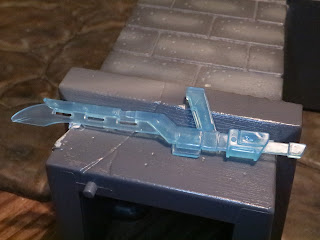 * The Range Trooper comes equipped with an icicle like vibro-blade for... I don't know? Punishing those on the naughty list? Maybe this whole Holiday Edition thing is some twisted Imperial Security Bureau scheme to discourage resistance to the Empire? Anyways, this weapon actually came with the SDCC 2019 Sith Trooper so it's nice to see it get a more general, if unorthodox, release. 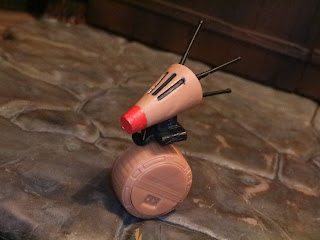 * D-O is the Range Trooper's little companion and here he is dressed as Rudolph, the Red Nosed Reindeer! How adorable! I really do like D-O and it's cool to see him reused here in such a cute and festive way. He was first included with the Rey & D-O release for The Rise of Skywalker at the end of 2019, so he's a pretty new little companion. 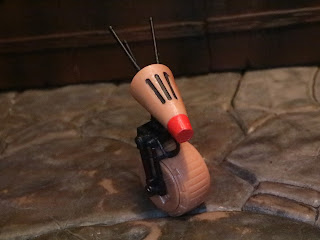 * D-O is also very well articulated. He's got a rolling disc, a swiveling arm that connects to the disc, a ball jointed "head," and three ball jointed antennae. This little guy seriously has some nice articulation. 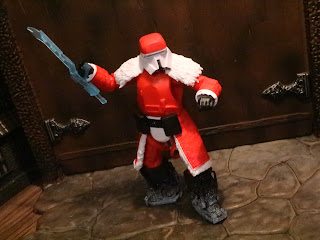 * Due to his somewhat bulky outfit the Range Trooper does have some mobility issues. Still, the articulation isn't bad and this is a fun figure to pose and a durable figure to play with.I really like messing around with him, particularly when he's using the icicle vibroblade. I certainly hope you've been good this year, kids! 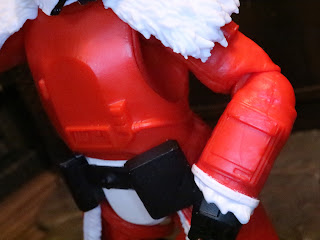 * I totally get the fact that this is intended to look like Santa Claus but I still wish that some of the details on the armor were painted. Just little black highlights would have helped better bridge the gap between looking like Santa and acknowledging this is still a trooper in armor. 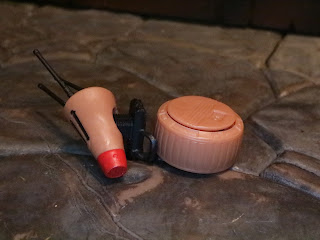 * The D-O included with the Rey figure from The Rise of Skywalker included a nifty little stand to help keep D-O upright. Too bad this one doesn't have one, though, as it makes keeping D-O upright rather difficult. 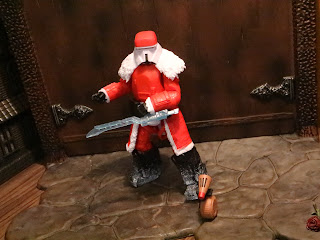 I really like this one but it does have a lot of little flaws that add up. The missing soft goods fur cloak, D-O's missing stand, and the lack of painted details take hat could have been a really great figure and make it just so-so. The Range Trooper (Holiday Edition) is still a Good and a 1/2 figure but he could have been one of the highlights of the year, and that might sound crazy but it's kind of true. This guy would have stood out on your shelf for sure! D-O is undoubtedly the highlight of the entire Holiday Edition set, though, and is just too darn cute. I have a dog that kind of has the personality of D-O, so I've got a soft spot for the little droid!

For more of D-O check out the Black Series Phase III Rey & D-O.