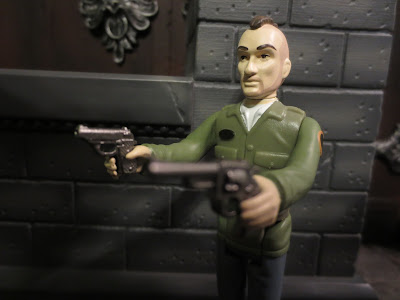 As I mentioned yesterday in my review of Tony Montana from the Scarface ReAction line, I'm absolutely loving how Funko is giving so many cult classic characters a shot at having an action figure again. It's been around 8 years since lines like Cult Classics, Now Playing, and Movie Maniacs graced toy shelves. Heck, I think we can largely attribute the deaths of those toylines to the decline of media focused stores such as Sam Goody, Suncoast, Tower Records, and Media Play. Whilebookstores like Barnes & Noble and Books-A-Million are carrying more action figures, most collectors are ordering their figures directly from online retailers, so the whims of traditional retailers no longer need to be as heavily catered to. I'm a big fan of Martin Scorsese's 1976 film Taxi Driver and while I've never really felt there was a need for a Travis Bickle action figure, the fact that he exists in the delightful faux-Kenner style is just too hilarious. Imagine these guys sitting on shelves back in the late 1970s for kids to buy? Anyways, here's a closer look at Travis Bickle, after the break... 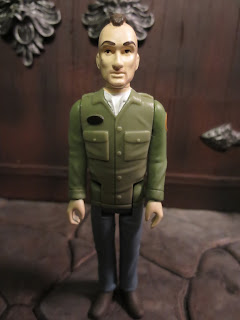 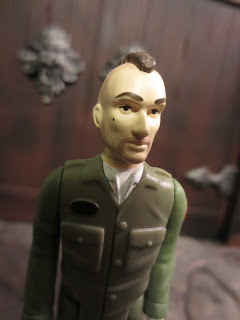 * Some of the ReAction figures look like the actors they're based on while others don't. Travis Bickle is one of those figures that has a pretty decent likeness: He really looks a lot like Robert De Niro. Travis is sculpted with his hair cut into the mohawk he wears when attempting to assassinate Senator Palantine and shooting up the brothel that employs Iris. The paint, the mole, and the eye bros really sell this as De Niro. 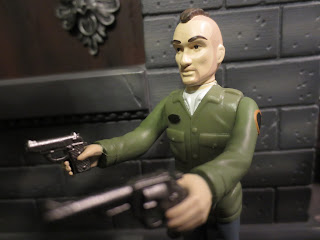 *Bickle's clad in the green military jacket he wears throughout most of the film. It's a nice sculpt and makes him instantly recognizable. While the various patches and emblems on the jacket are depicted here by generic black and yellow circles and ovals, it still gets the point across. Travis feels nice and sturdy like most of the ReAction figures released this year. 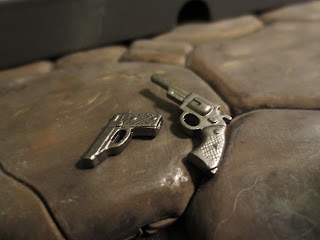 * Travis comes armed with two weapons: A Smith & Wesson Model 29 revolver and an Astra Constable pistol. Both of these are weapons he purchases from Easy Andy and are used in the film. The Astra Constable is misnamed in the film as a .380 Walther (and sometimes a Walther PPK is used in the film) but it's the same gun Travis uses to kill the robber in the grocery store. The Model 29 revolver is the massive .44 caliber revolver that Travis buys a special holster for. Both pistols are incredible detailed and molded in a nice gunmetal colored plastic.

*None, really. This is a simple figure that gets the job done well. 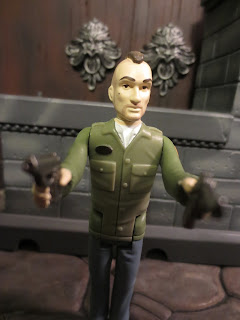 While Taxi Driver probably isn't a film that has a massive following waiting to buy merchandise from it, there's definitely an appeal in figures like this. Blending the charming, nostalgic faux Kenner look with characters from hard R-Rated films like Taxi Driver, Scarface, and Pulp Fiction is just really funny in a bizarre way. It kind of reminds me of how I owned Predator, Terminator 2, Rambo, and RoboCop toys as a child long before I could ever watch those films. Travis Bickle is one of the nicest ReAction figures released this year and definitely is worth checking out if you enjoy the more unusual ReAction characters. I'm giving him a Great and a 1/2 as the likeness, weapons, and design is spot on! Now, maybe Funko should jump in and make some Midnight Cowboy action figures.


I've reviewed plenty of other ReAction figures, including: