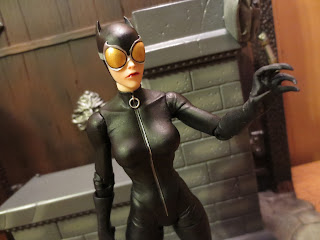 Today I'm going to look at another figure from the Greg Capullo DC Designer Series: Catwoman! Released as part of series 2, Catwoman came out at the end of last year. I picked her up on a clearance sale for around half price. I waited on her not because I don't like Catwoman, but because I didn't have an urgent need for a Greg Capullo Catwoman. Greg Capullo is an amazing artist and he and Scott Snyder's run on Batman has been incredible, but has Catwoman really been a character he has done much with? I could only find a few images, one of which was a convention sketch and none of which really looks like this figure. When I think of Catwoman in the New 52, I tend to think of Guillem March's depiction, not Capullo's. I guess that's the problem with an artist specific line, isn't it? Anyways, let's take a closer look at Ms. Selina Kyle's feline alter ego after the break... 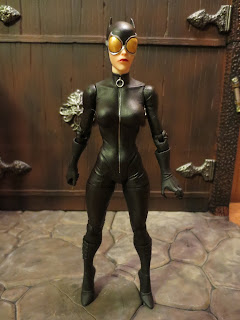 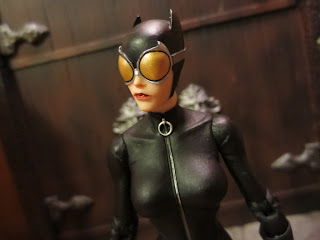 *The sculpting on this series has been consistently impressive and Catwoman is no different. While I'm not a huge fan of the fact that the goggles can't be removed, I can't deny that she's still rather striking. The goggles really do mimic cat eyes, don't they? Selina's catsuit is zipped up all of the way and there are plenty of small wrinkles and folds on the material to make it look realistic. This thing doesn't just look painted on like so many superhero costumes. 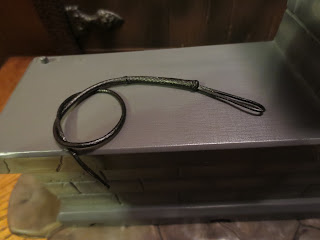 * While her accessories are a bit light, I do like Catwoman's whip. It's a nice rubbery piece that has a fair amount of detail on it. It's easy to coil up or to slip into her right hand. Every Catwoman figure needs to come with a whip! 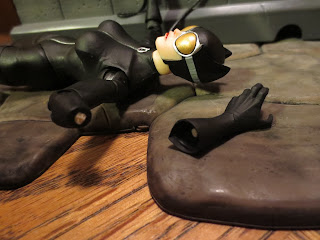 *Oh no! Catwoman's arm broke off right out of the package. As soon as I went to swivel her left forearm it cleanly snapped off. Looking at a few other reviews for this figure I don't think this is a one-off problem, unfortunately. DC Collectibles still has really been improving their quality control, but this one seems to have slipped under their radar. I fixed her with a small drill bit and a slim nail with the head cut off (swivel joints can be easy fixes) but I'm still not happy. 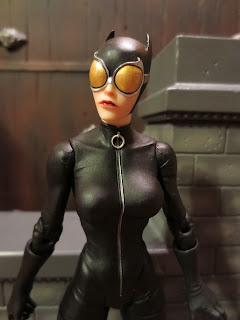 * I mentioned above that I'm not the biggest fan of this look as I'd really prefer for the goggles to be see-through, removable, or an alternate head to an unmasked Selina Kyle.

I've mentioned before that the figures in this line seem to either have really dynamic articulation (Batman, Talon, and Mr. Freeze) or more restricted articulation (The Riddler and Commissioner Gordon). Catwoman is kind of in the middle. Her arm articulation isn't bad but her lower body is pretty static. If any Batman villain should be capable of moving, it should be Catwoman. She's an amazing athlete and I wish this figure showed that. 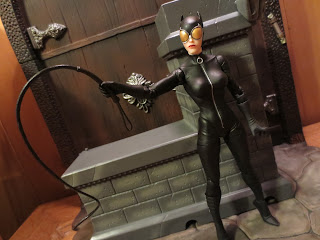 Considering the limited articulation, the breakage, and the fact that I'm just not that big of a fan of this look for Catwoman (nor does it seem to be an actual Greg Capullo design as far as I can tell), I can't really recommend this figure to anyone who isn't a Catwoman collector or who is trying to be a completest on this series. Fortunately she's not indicative of everything we've seen from DC Collectibles over the past couple of years, as they've been stellar elsewhere. This figure, though, gets an Eh from me. Just let this cat slink on by.


I've reviewed a few other figures from this line, including:

If you're looking for more Catwoman figures, check out my reviews of: