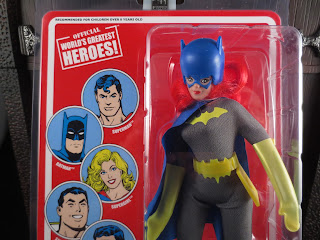 Today I'm not really doing a review as I don't plan on removing this figure from the package. Instead, consider this more of a "show & tell" of a cool Batgirl piece that I've recently added to my Batgirl collection. It's a variant version of Figures Toy Company's Batgirl from their World's Greatest Heroes line that is packaged on a red backer card. It's a limited edition of only 100 and is sold exclusively through Big K Toyz. I already owned the standard version of this figure but the limited run on this intrigued me. Ready for a closer look at another fun Mego styled offering from Figures Toy Company? Then join me after the break... 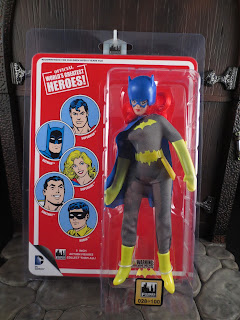 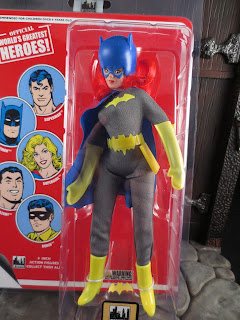 * The Batgirl figure inside the package is exactly the same as the standard pink-carded version which I own but have never reviewed on either Action Figure Barbecue or ThEpic Review. She's also constructed extremely similar to the First Appearance Batgirl that was released last year. Rarely do I not open a figure but since I already have this figure and the only difference is the much rarer packaging, I'm leaving this version of Babs on display Mint on Card. 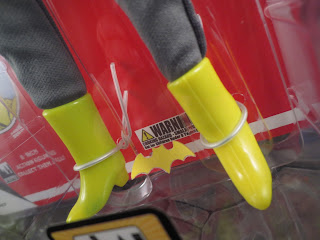 * The one difference that I can spot between this figure and the earlier pink carded Worlds Greatest Heroes figure is that this version includes the same fabric Batarang as the First Appearance Batgirl. 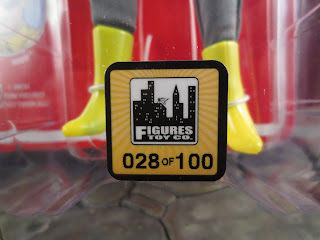 * On the front of the clam shell packaging is a sticker with the Figures Toy Co. logo and the exclusive edition. Mine is number 28 of 100. 100 is an extremely low edition number (for reference, many recent DC statues have had edition sizes of 5200 while Diamond Select's Batman 1966 statues have had an edition size of 1966. Either these are just insanely limited or their isn't that much demand for them. 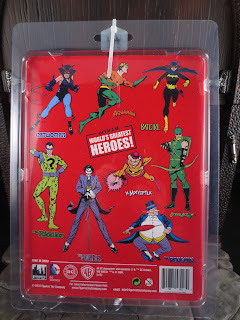 * Since this is a variant (and a fairly limited one at that) the packaging is a huge part of the appeal of the overall product. The While the clam shells are intended to be easily resealable, they always have a Figures Toy Co. labeled zip-tie on them just so you can know a figure is truly new and mint (to prevent any funny business, probably!). The backer card is a nice, sturdy cardboard backer with lots of color. I love this old school illustrated cross-sell of all of the other figures available in the line. Really gorgeous stuff if you appreciate this kind of art! 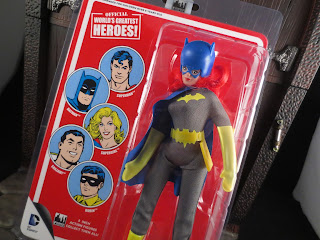 It's not everyday that I'm able to find a mass-produced Batgirl collectible with such a low production run. I'm not usually a fan of intentionally limited runs but, considering this is simply a packaging variant, I'm not that peeved by it. In fact, I think it's kind of neat that Figures Toy Company is willing to work with smaller retailers and give them some variants to drive business to their stores. While I'm not the biggest fan of the Mego styled figures, I do love Figures Toy Company's work on these. They're releasing a ton of characters and many Batgirl variants, so they'll have me as a customer as long as they keep cranking out the Barbaras!

I've reviewed a few other Mego inspired Batgirl figures, including:

I also have a virtual museum of my Batgirl collection and a listing of all of my reviews hosted on the site. Check it out! If you think your Batgirl collection rivals or tops mine, let me know! I'd love to see it and possibly start a society of the world's top Batgirl collectors!
Posted by Barbecue17 at 4/17/2016