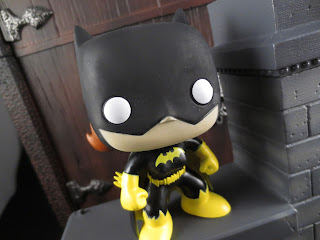 Today I'm taking a brief look at an exclusive Funko POP! that was released last year as a GameStop Black Friday exclusive: Batgirl! Last year for Black Friday 2015, GameStop and Funko partnered together and released some mystery boxes that included an exclusive POP!, 2 ReAction figures, a POP! keychain, and two POP! pins for $20. It was a heck of a deal but you certainly didn't know what you'd end up with. I opted to only buy one box last year and ended up with a Gold Superman that's still sitting around (if you want to trade for a Gold Batgirl, let me know!). I finally snagged this version of Babs from an online auction and removed her from her box briefly to snap a few pics and log my thoughts. I have the original Batgirl POP! from a few years back and, since she has become so rare,it was cool to see Funko rerelease the sculpt. Ready for a closer look? Then join me after the break... 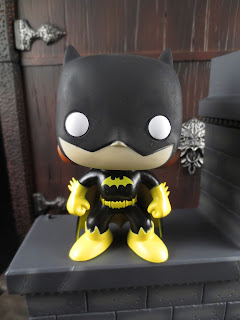 Original retail price:  These were only available through one of the GameStop exclusive Black Friday Funko Mystery Boxes in 2015. For $20 you got two ReAction figures, an exclusive POP!,  a key chain, and two pins. POP!s themselves typically retail for around $10 dollars 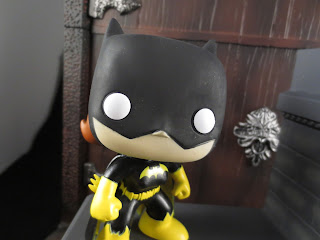 * I really like the choice of going with white eyes hear. While it's a necessity given that Batgirl's cowl is black, it also gives her that comic book feeling. I know Batgirl is not typically portrayed with white eyes like Batman, but it totally works here. 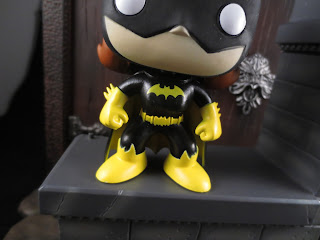 * My biggest negative here with the paintwork. The black and yellow really bleed together here. Had their been a crisp separation between the bright yellow and the glossy black this would have looked stunning. As it is, though, the paintwork just feels a bit haphazard. 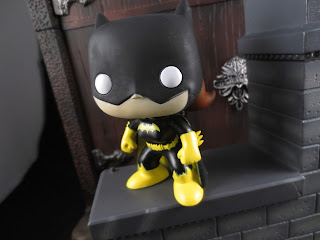 To be honest, I find this figure a little dull. I like POP! figures and will pick one up occasionally that really floats my boat or comes as part of my Smuggler's Bounty subscription, but Babs here is definitely not the most exciting POP! around. I don't know: There's just something very basic feeling about her. Maybe it's the paintwork? I find it odd that her outfit is so glossy while her cowl is rather dull. Maybe if the paint had been better I'd like her a bit more. Still, she's an interesting exclusive and a bit of a rarity, so I happily will add her to the collection. She popped right back into her box with no trouble, so I'll be displaying her packaged. Hopefully Funko will decide to release a new Batgirl sometime decked out in her trendy Burnside costume. As it stands, this one is kind of an Eh and a 1/2 POP!.


The only other DC POP! I've reviewed is Harley Quinn #66 (Roller Derby Harley).

I've reviewed a ton of Batgirl stuff though, all of which is archived over in my virtual Batgirl museum!
Posted by Barbecue17 at 4/19/2016