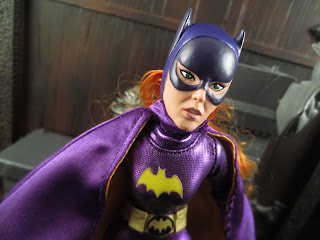 Series 5 of Figures Toy Co.'s Batman: Classic TV Series line has finally added Batgirl into the line. Remember that the deal for Yvonne Craig's likeness rights was actually handled much later than everyone else, so we're finally seeing companies get product based on her portrayal of Batgirl to market.  Batgirl is part of the fifth series of figures and has just been released alongside Barbara Gordon, Chief O'Hara, and Batman with a removable cowl. I've reviewed quite a few figures and statues based on this particular version of Batgirl over the past month or two so it's interesting to see how they differ from each other. Let's take a closer look at this figure, shall we? Join me after the break... 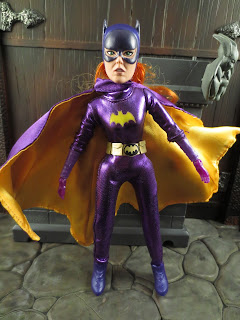 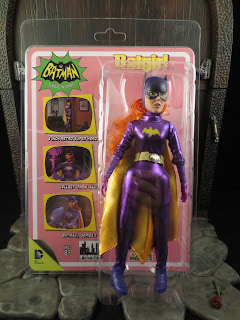 
* I usually don't talk much about packaging on here but I'm making an exception since this packaging is intentionally reusable. There's a plastic zip-tie through the peg hole that says Figures Toy Co. Once you remove that you can easily open and close the durable plastic clamshell. There are some twist ties but a little work will allow you to keep your figure on display. I think she looks great in the package as it's very personalized for her with various pictures of Batgirl from the series. 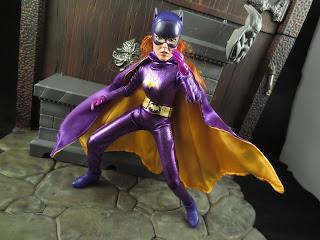 * I'm not a fan of the Mego style but they really do have a pretty wide range of articulation built around a standard and easily reusable body. There's a series of rubber connectors inside that give the neck, torso, hips, and shoulders a lot of movement. If you've never held one in person the figure seems to be kind of a cross between a Marvel Legends figure and a Barbie. They are quite fun to play around with. 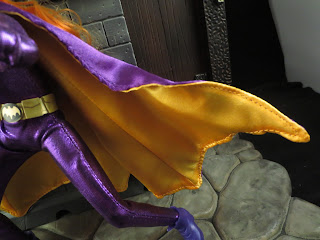 * I really think that this is the absolute best version of Batgirl's cape we've seen in any figure or statue based on this particular outfit. The colors of the fabric and the texture are absolutely perfect! It might be a tad long but it looks incredible. 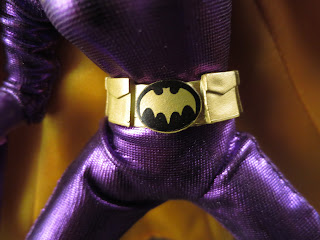 * Two other things this outfit does pretty well: The texture and shine of the material and the belt. The material used here is really good as it manages to be both fitting for the faux-retro style of this line while still looking pretty authentic. The 1966 Batgirl Tonner doll is the only piece that does this suit better (and it's certainly way more expensive!). 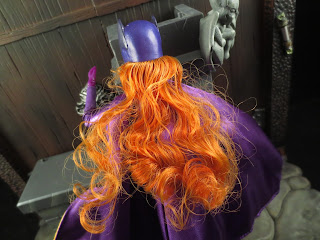 * Batgirl has real rooted hair and it's a more lifelike red color than the comic-inspired Batgirl figure. Of course, remember that in the TV series, Batgirl's red hair was actually a wig and not Barbara Gordon's actual hair. This might be a bit too long but it looks nice. 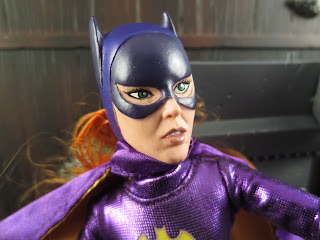 * I'm almost as conflicted by Batgirl's headsculpt as I was with Barbara Gordon's: The cowl and the eyes look good but the lower face and jaw just seem out of proportion. Also, what exactly is the face she's making? I love how the packaging uses all happy, smiling pictures of Batgirl while the figure has a grimace. The 1966 series is so lighthearted and happy that something like this just looks off to me. 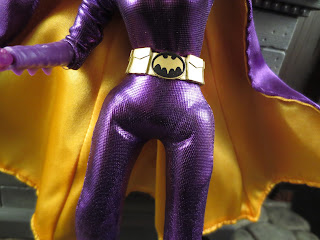 * The hips on these figures often look weird, particularly if there isn't anything covering them like a cape, jacket, or skirt, or robe. These just look a bit odd and unnatural in person. 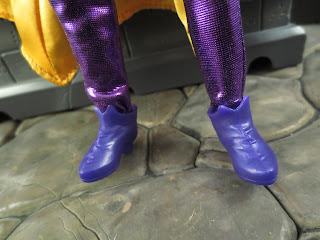 * The boots look OK but they're really tough to get on (she does have hinged ankles) and they tend to slip off randomly. Annoying! 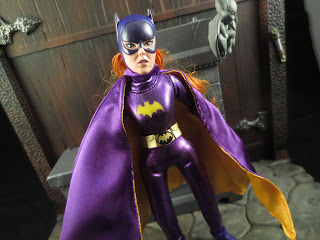 The costume on this figure is incredible and looks great. I mean, this looks really good, particularly the material for the bodysuit and the cape. Unfortunately, the boots and the headsculpt are rather weak. I like this figure, but I really wish the headsculpt captured the character better. This is a Good figure for fans of the style or of the 1966 series, but it could definitely be improved upon. I'm sure that we'll see Babs in this line again, so hopefully things will improve in the future!

I've reviewed three other Mego styled Batgirl figure on the site: Batgirl from Figures Toy Company's Batman Retro: First Appearance, the 1966 Barbara Gordon, and yesterday's Surf's Up! Barbara Gordon. I've reviewed plenty of other Batgirl stuff, all of which is archived at my virtual Batgirl museum.