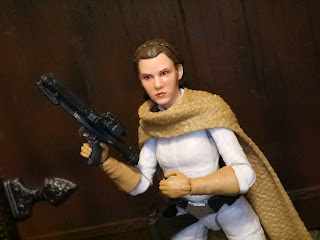 Today I'm checking out the last Star Wars: The Black Series figure I picked up in 2022 and it's actually one I received for Christmas: Princess Leia Organa from the 2015 Star Wars: Princess Leia Marvel series by Mark Waid and Terry Dodson. I've been loving Marvel's Star Wars output, particularly anything involving the Original Trilogy era and characters, and the Princess Leia series was quite good. Beyond the story, though, Terry Dodson draws the most beautiful depictions of Princess Leia we've ever seen outside of Carrie Fisher's portrayal of the character, and I've long wanted an action figure based on Leia's look in the comic. This is a fantastic version of Princess Leia in her adventuring and combat gear and she comes in one of the 5-panel boxes depicting the art from the cover of issue #5. She's part of the series that features comic depictions of characters, both from the New Canon and the Expanded Universe, but which are a few bucks more than your standard figure for some reason. Let's take a look at one of the best Princess Leia Organa figures ever made, after the break... 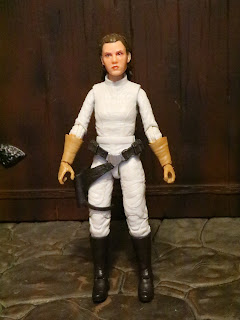 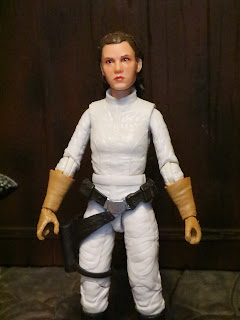 * This version of Princess Leia uses the base body from the Bespin Escape and Hoth versions of Leia, but with lots of new elements such as Leia's cool new belt and holster and the larger gloves. The outfit is white, which is kind of Leia's color in the first two films, but there is a lot of detail noticeable when you have her in hand. As a kid playing with my Power of the Force 2 figures I always used Luke in his yellow jacket and the standard vested version of Han Solo as my "adventuring" versions of the characters, but I never had a Leia I liked for going on every adventure. I usually ended up using the Endor Poncho Leia or the 1995 Leia without her cape. This figure not only nicely captures the look of the comic depiction of the character but it gives me the Princess Leia figure I've really always wanted. 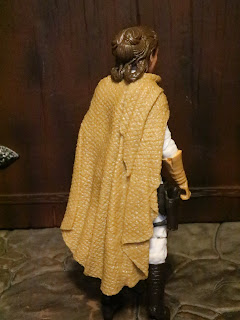 * To give Leia her cool cape/ cloak, Hasbro molded Padme's cloak in brown. It not only looks excellent on Leia, as the color and the fit is perfect, but it has a fantastic texture as well. There's an element of the comic series where Leia encounter elements of Padme's legacy when on Naboo, so giving this version of Leia something from a Padme figure is kind of fitting too, right? 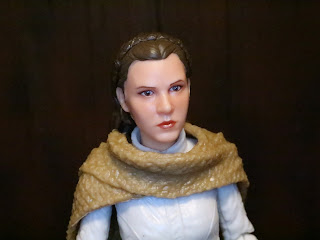 * The headsculpt is gorgeous. I think it's one of the best looking Leia portraits we've seen. It's recognizable for sure, but it's also a bit "softer" like Terry Dodson's art, feeling very elegant and lovely while still capturing a very determined expression on Leia's face. 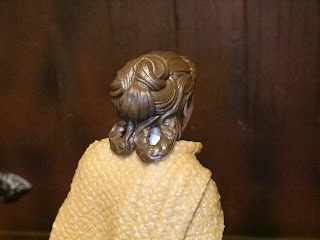 * I'm not sure that this hair is reused from anywhere. It looks completely new to me and is nicely sculpted, capturing something that Princess Leia would definitely wear in combat or on a mission. 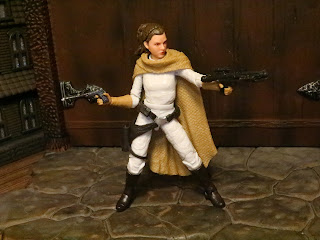 * The articulation is fantastic. This was already a nicely articulated body and the new parts of the figure blend seamlessly with it, giving you a Princess Leia figure who could very well take on the whole Empire herself. The balance between form and function here is perfect. 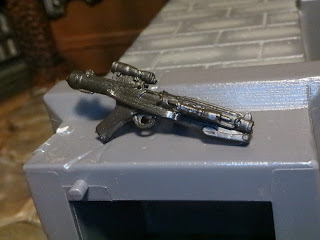 * Leia comes equipped with two blasters, the first being one of the E-11's that we've seen in newer Star Wars media like Rogue One and The Mandalorian. It has the target designator on the front and an extended power charge magazine. 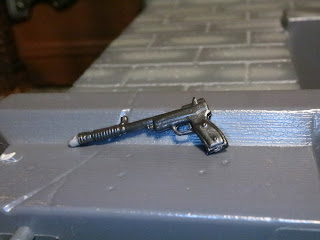 * Leia also comes with her signature Defender sporting blaster. It's a simple blaster pistol with a long barrel and a silver paint application on the tip. 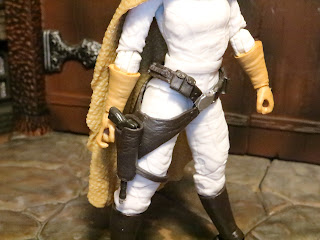 * Her very cool holster holds the Defender perfectly at her right hip. 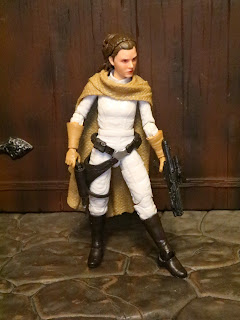 As it stands, this is one of my favorite Princess Leia figures of all time. Maybe my favorite in the Black Series to date. I just wish Hasbro didn't sell these comic inspired figures at a higher price point for seemingly no reason. It just seems like an artificially inflated price. That being said, this is a really good figure and I'm giving her a Great rating. There's nothing necessarily new or groundbreaking here, but Hasbro did use a nice mixture of new and recycled parts to make a very respectable comic version of Leia. Her color scheme really works, I love that she's toting two blasters, and she definitely makes for a nice "new" variant of Princess Leia that we've never seen in action figure form before. Many of the Black Series figures have gone on sale this year, so search around to get these at a price you're more comfortable. With the recent price increases, especially from Hasbro, sales and deals just feel like a necessity for all but your most desired figures.