Wrapping Up 2022: He-Ro from Masterverse: Masters of the Universe: Revelation by Mattel 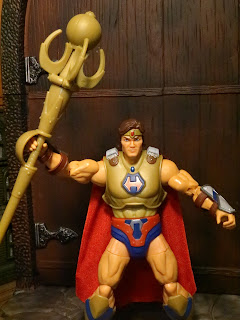 While we haven't gotten an official date for Masters of the Universe: Revolution yet, we do know it's coming. We're also seeing Mattel continuing to support MOTU: Revelation, which is pretty cool. Masterverse is really becoming a nicely expansive line and quite a few cool figures leaked out at the end of 2022. Today I'm going to start making my way through them and we'll kick things off with He-Ro. He-Ro seems to be a shared exclusive with Big Bad Toy Store and Entertainment Earth, so that's where to find him. He-Ro wasn't a main character in Revelation but he did play a pretty important role. Heck, just the fact that we're getting a new action figure of He-Ro and new media with He-Ro in it is pretty wild. Who would have ever thought that He-Ro, a character who never made it into the vintage line, would go on to have success in the future? I do find it interesting that he's King Grayskull's son in this version of MOTU, which is an element borrowed from the 2013 DC Comics series. MOTU Classics had He-Ro and King Grayskull as two unrelated warriors who fought together, and I kind of like that take a little better. Still, both He-Ro and King Grayskull were well done in Revelation. I still want to see some of the other legends dwelling in Preternia, though. C'mon Mattel! Let's enjoy what we have now, however, and take a look at He-Ro after the break... 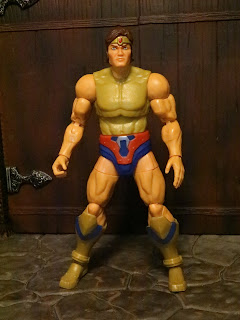 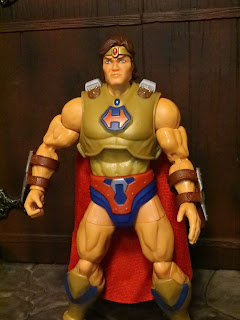 * While He-Ro is built using the standard MOTU He-Man body, he really does have a lot of new parts. Besides his headsculpt, his boots and waist are also new. Plus he's outfitted with some swanky gold armor that nicely captures the design elements of the vintage prototype merged with the aesthetic of Revelation. If you're just looking to have "vintage" designed versions of MOTU characters in your collection, He-Ro should certainly fit the bill. He's quite close to his classic design, just with a more refined look. The armor is removable and is quite pliable, so taking it on and off is easy. He-Ro's torso is painted gold, so take off his armor and it looks like he's sporting a gold t-shirt. 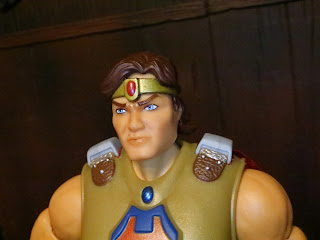 * This is a really good headsculpt. I like it a lot. He-Ro toys usually present him with a very friendly looking smile, but this one's a bit harder and more determined. It fits an action figure design quite well, and the detail on his eyes and on his circlet are really nice. The circlet is very cool and I love how it's sculpted with the band going under his hair. 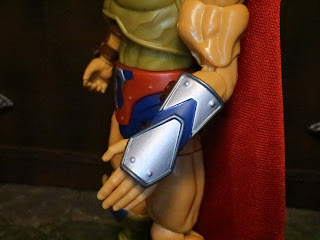 * He-Ro's bracers are quite stylish. Smooth metal, clean lines, small, unobtrusive rivets, and some blue highlights against the silver make these bracers what all of Eternia's most stylish wizards are wearing. They're removable, too. Just pop off He-Ro's hands. 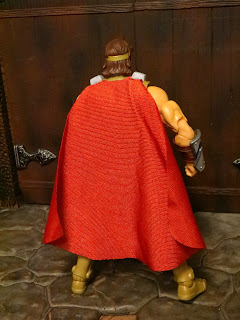 * The cape on He-Ro's armor isn't the most luxurious piece of clothing, but it's decent and flows well. I like how it looks and how it doesn't interfere with his articulation at all. 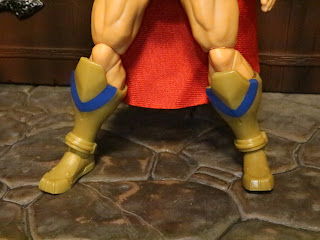 * He's sporting some might fine boots, too. They look like they're well armored, sure, but they're also quite elegant. You know that He-Ro just likes to look sharp. He unironically blares ZZ Top's "Sharp Dressed Man" while zooming around on Turbodactyl. 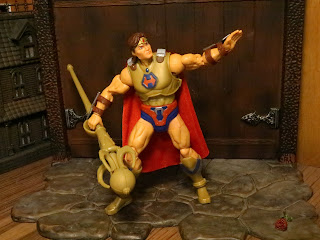 * The articulation is excellent, just like on most other Masterverse figures. A nice range of motion, solid and durable construction, and plenty of joints make for lots of posing potential. 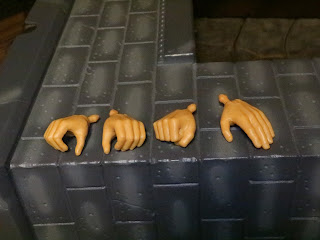 * He-Ro has the basic set of hands included in this line. You've got a pair of grips, a right hand for punching, and a left hand for spell casting, gesturing, and other wizard stuff. 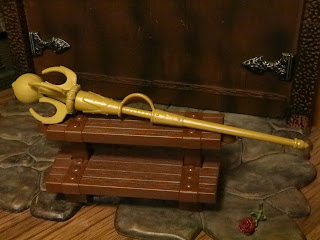 * He-Ro's signature accessory is a large staff with a hand guard and an ornate headpiece. This is a big accessory and it has a surprise... 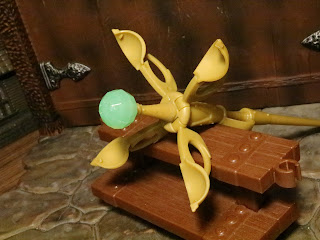 * The top of the staff has four hinged pieces that fold down, revealing a green gem inside. That feature would have been on the vintage figure, too, and Super7 recreated it for their He-Ro while Mattel approached the MOTUC version of He-Ro similar to this. It kind of looks like a Dum Dum lollipop, doesn't it? 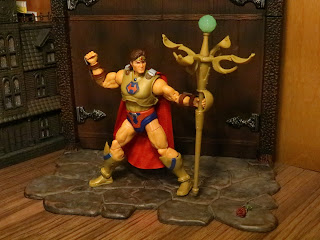 He-Ro turned out really well and whether you want He-Ro because you liked him in Masters of the Universe: Revelation or just because you want a modern version of the vintage prototype, this figure should please you. He's really a nice looking version of He-Ro and probably the best version of the character we've got in toy form to date (though I do love the sparkly blue Power Sword of the MOTUC version). He-Ro is a Great and a 1/2 figure and definitely not one to miss out on if you're collecting Masterverse. I'm really hoping that the denizens of Preternia are somehow resurrected/ rescued/ restored in Revolution, as it'd be a shame if we didn't see them again.


If you're a fan of He-Ro then check out my review of Super7's Powers of Grayskull He-Ro.