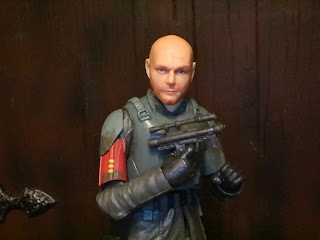 I've got another Star Wars: The Black Series review lined up for today as part of my wrap up of my figures from 2022 and this time it's Migs Mayfeld in the Juggernaut Pilot disguise he wears on Morak during season 2 of The Mandalorian. There's also a more unique version of Migs Mayfeld from season 1 that's starting to show up but I haven't found him or picked him up yet. This one was on clearance at a GameStop I was at last month and, with the clearance price and my monthly $5 credit, I paid around $5 bucks for him. I like disguised figures, especially in Star Wars, and it's kind of funny to have a little Bill Burr hanging around. Now that Hasbro has a massive library of parts for this line we're seeing more and more figures made from the parts of others. At a glance Migs Mayfeld is a good example of this down right, but there are some weird issues on the figure that definitely detract from an otherwise solid figure. Let's take a look at Migs Mayfeld (Morak) after the break... 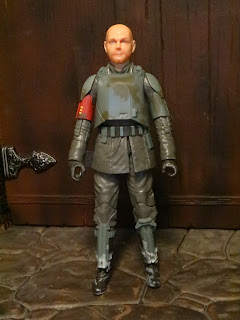 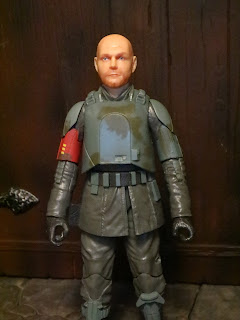 * On Morak, both Migs Mayfeld and Din Djarin disguise themselves as Imperial Juggernaut Pilots. The uniforms for these Imperial armor drivers borrow heavily from other Imperial outfits and the figure borrows a lot from 2019's Han Solo (Mimban) figure. That was a great figure at the time and it's still pretty solid, making a nice base for Migs's disguise (there's a Din Djarin coming out in this disguise, too, and I'm sure he'll use largely the same body). The sculpt is excellent with lots of detail on the various armored bits and there are plenty of spots where the unique wear and damage to the uniform gets to stand out. 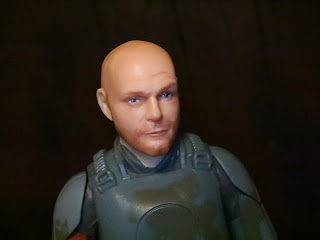 * The portrait is excellent and looks just like Bill Burr. The likeness is spot on, the facial printing is neat and clean, and when you look at the figure you can just hear Burr's voice in your head. That's always part of a good likeness to me; if I can hear the voice of the character when looking at the portrait, I'm happy. 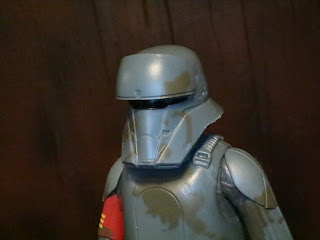 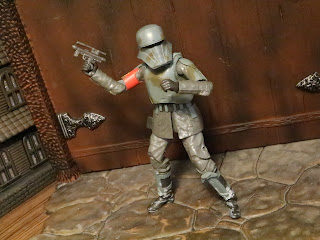 * The articulation overall is still quite good. Not as smooth as some of the truly newer figures, but not terrible at all. Most of the joints move fluidly, though I do have a few complaints which I'll get to in a moment. 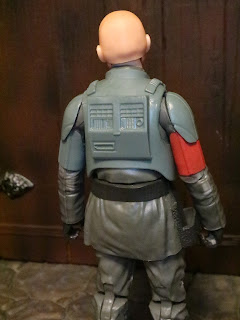 * The back of Migs' suit has quite a bit of sculpted detail, too, including a large box presumably filled with life support equipment and other gear. The shoulder pads are also pretty nifty, too. 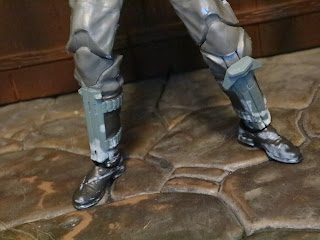 * The boots not only look cool and have lots of armor on them but they also look like they've been scuffed up and covered with dust or sand or something. 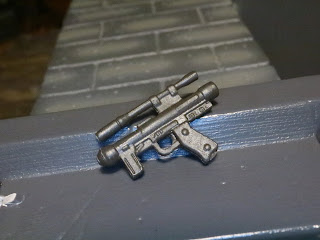 * Migs comes equipped with an SE-14r light repeating blaster. I'm pretty sure we've seen this multiple times in the line but it's still a very cool looking blaster pistol. 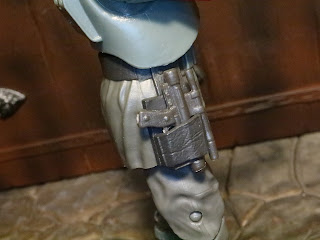 * There's even a holster for it hanging off of Migs' belt. The blaster fits right in and stays in there very securely. 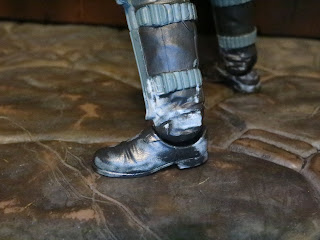 * The ankle joint on this figure is weird and, looking back, it was weirder on older figures that used this mold, too. The leg attaches to the foot piece close to the top of the foot and there's little room for the ankle hinge to move forward. It feels like the foot is held on very flimsily and just is annoying to pose. 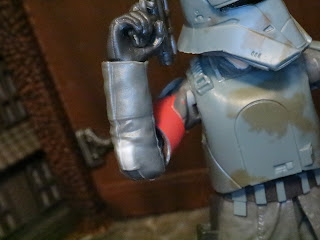 * There's a decent range of motion in the elbows here, but using it causes stress marks on the forearm piece below the elbow. The upper elbow piece seems too long, or the lower elbow hinge housing is too short. Either way, noticing stress marks on the elbow after posing the figure one or two times wasn't a very pleasant experience. 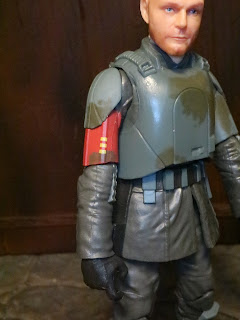 * The right bicep of some versions of the Juggernaut Pilot armor sports a red and yellow rank designation.... but not Migs Mayfeld's on the show! Din Djarin's stolen armor does, but not Migs. How did this happen? It seems like something that someone should have got. I mean, it's bright red and stands out, but it shouldn't be in any reference material. Surely some reference material was consulted for this figure, right? It's not like this was a cost saving measure, either. All Hasbro had to do was *not* paint the bicep. 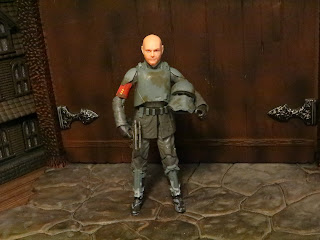 Migs Mayfeld (Morak)could have been a really excellent figure. Yeah, he's kind of a based together figure, but it works. Unfortunately, some of the older articulation elements just don't hold up well (the ankles and the elbows) and the inaccurate presence of a rank designation is a bit frustrating. With the ever increasing price of Star Wars: The Black Series figures, this is the kind of stuff that just shouldn't be happening. He's a Good figure, still, but just not in the same league as some of this year's best releases.