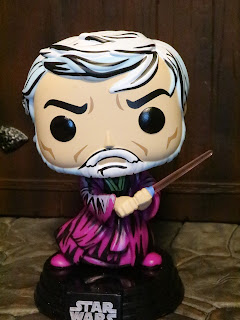 I'm close to wrapping up my 2022 reviews and while I don't review a lot of non Masters of the Universe Funko POP! vinyls (which were pretty scarce last year, actually), I did want to show off this very cool Ben Kenobi POP! based on the original Marvel comic series from 1977. The art, especially the covers, was fantastic and very colorful in that series and these POP! vinyls are very eye-catching. I actually found Ben Kenobi #572 at the bin store I frequent for $4 bucks, though I'd seen these before at Target and really liked them. This one is based on the cover of issue #24 (by Carmine Infantino and Bob Wiacek), "Silent Drifting," which tells a flashback story set in the days of the Galactic Republic. It's actually the first Star Wars story to be set in the Galactic Republic era when the Jedi were high flying and not being hunted down. Let's take a look at Ben Kenobi #572 after the break... 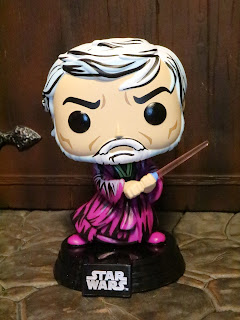 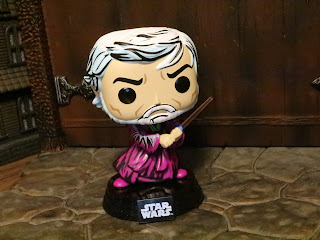 * Obi-Wan looks really cool, just like on the cover of the comic. The pose is excellent and shows Obi-Wan ready for some action, definitely a more dynamic pose than we see from him in A New Hope. He's a bobblehead, so you can shake his head or very carefully turn it if you want to. 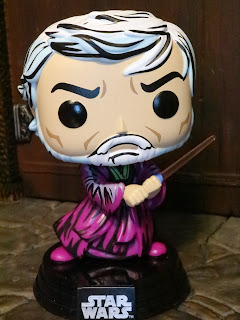 * The sculpt looks good, sure, but it's the paint applications that really sell this POP! and Obi-Wan's are quite keen indeed. I love the color choice here, which is much of a compliment to the original artists as it is to Funko, but Funko did replicate it well here. The thicker, black lines "inking" the figure really give make the color and design pop, looking like he stepped right off the page. The color and paint goes all the way around as well, so he looks pretty solid from multiple angles. 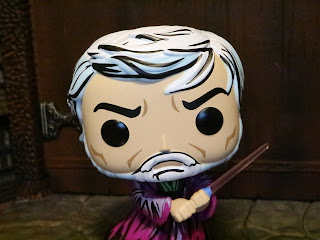 * This is a really nice take on Ben. He's got slightly longer, hair that's swept aside and a more intense look on his face. I reviewed a Smuggler's Bounty box Ben Kenobi POP! 6 or 7 years ago and this one is a major improvement.

* The lightsaber is really cool, too. On the cover of Star Wars #24 Kenobi is wielding a pink or red lightsaber, so that's what we've got here. It's a cool little detail. Lightsaber color were kind of fluid back then, weren't they? Blue, white, yellow, pink; just give them any color that looked cool! 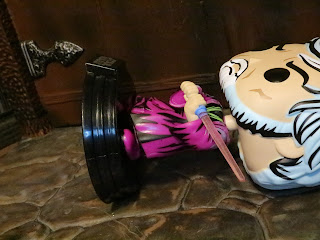 * I'm not a fan of the removable bases, though, which seems to be fairly common now from what I hear. Apparently they're easy to remove, which I imagine some collectors definitely want to do. 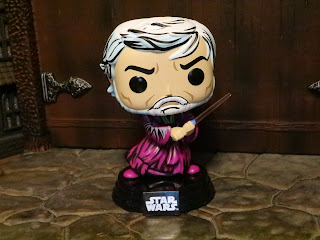