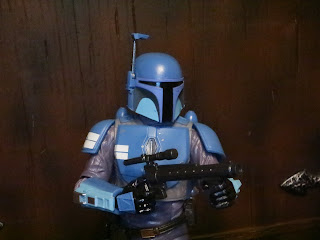 I'm a sucker for Mandalorians and I was pretty excited to pick up the Death Watch Mandalorian from the most recent series of Star Wars: The Black Series figures. So, who is this guy? This appears to be a member of Death Watch similar to the unnamed Mandalorian who rescued the young Din Djarin on the planet Aq Vetina. So far this character doesn't have a name but since he's a cool looking Mandalorian who played a significant role in Din Djarin's life and also doubles as an army builder, Hasbro went ahead and released him. He's a great figure with a fantastic sculpt that, surprisingly, seems to be completely new. Seriously, he seems completely unique from the other Mandalorians released in the line. I'm impressed Hasbro went all out for a more minor character but I guess they'll end up getting more use out of this with repaints and such. Let's take a look at the Death Watch Mandalorian after the break... 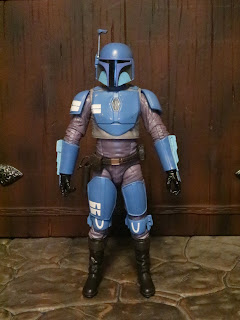 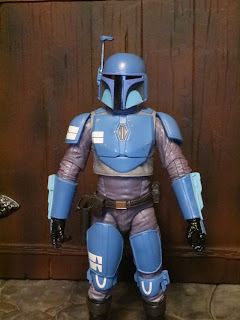 The Positives:
* The sculpt and colors on the Death Watch Mandalorian are really impressive. I love the mixture of blue, purple, and grey here. The darker colors really make the white paint applications stand out, too. The armored elements are mostly separate pieces (though not removable) attached to the base body. It really sells the effect of this being a heavily armored figure. 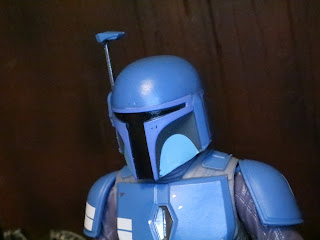 * The Death Watch Mandalorian's helmet is pretty basic but still very, very cool. The color scheme is excellent here and the paint applications are crisp and clean. 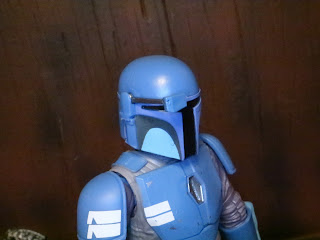 * The range finder is functional too. It rotates up and down into position over the Mandalorian's right eye. 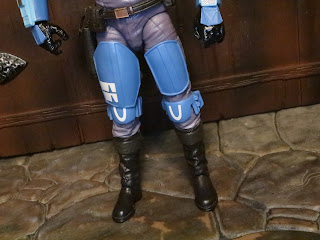 * The leg plates and kneepads are separate pieces over the main sculpt. I'm just very impressed by the build of this figure. 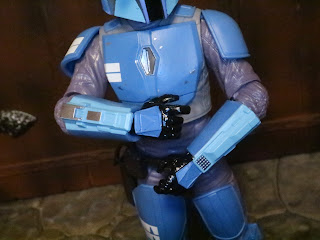 * There's some nice sculpted detail and a few rather crisp paint applications on the Death Watch Mandalorian's vambraces. Lots of deadly goodies are surely hidden in those! 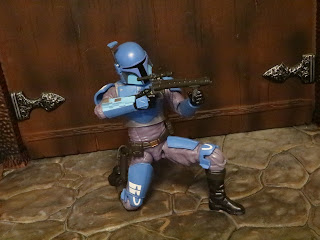 * The articulation is excellent. Not only does this Mandalorian have all of the joints you'd expect but he's also sporting the "butterfly" pecs. Little things like the flexible, movable shoulder pads and the fantastic knee hinges really make this an amazing figure to pose and play around with. He's one of the best Black Series figures I've owned. 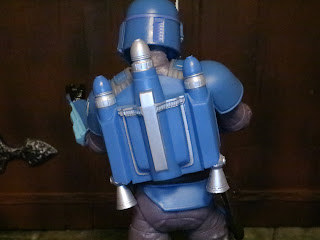 * The figure comes with a JT-12 jetpack with an excellent blue and silver color scheme. The jetpack fits into the armor on the figures back via a plug and two tabs and stays on securely. 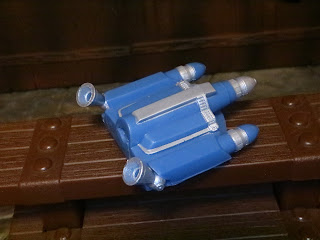 * Like some of the newer jetpacks, the thrusters are also articulated. They can pivot and can hold a blast effect. Two bad this figure doesn't come with any jetpack effects. 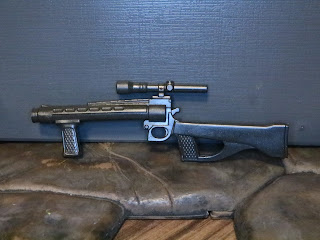 * The included blaster rifle kind of looks like a heavily modified EE-3 carbine but it's definitely a different model or very heavily modified. It's a great looking accessories with a scope, a forward grip, and an interesting stock attached to the grip in two places. 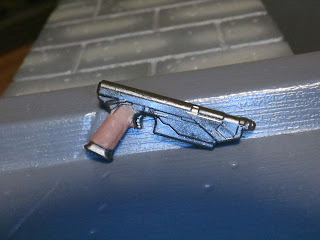 * There's also a WESTAR-35 included with a nice wooden grip. 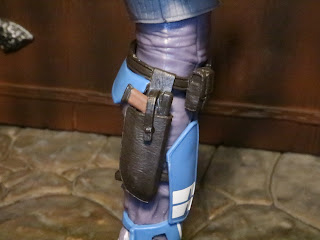 * The WESTAR-35 stores securely in the holster on the Death Watch Mandalorian's right hip. 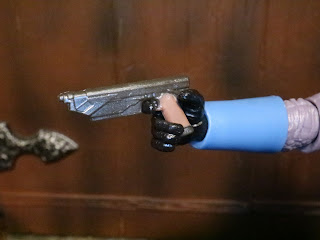 The Negatives:
* The WESTAR-35 looks great but it's pretty small and difficult for the figure to hold. This sculpt originally came with Bo-Katan and it was clearly designed for the smaller female hands. It wiggles around and falls out of the Death Watch Mandalorian's hands. 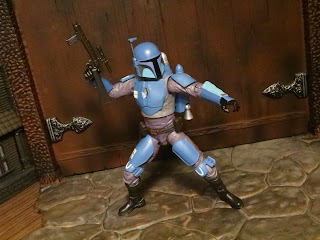